The Angel of Death series is a series of YA paranormal / urban fantasy novels focusing on Riley Scott, a sixteen-year-old girl who discovers she’s a Halfling Angel of Death, and is thrown into the world of Angels and Demons, a world she knows almost nothing about.

The first two books in the series were first published by Booktrope Publishing but have since been republished by Dragon Moon Press.

When seventeen-year-old Riley is injured in a car crash and sees a girl stealing a boy’s soul, she’s convinced she’s hallucinating. But when she sees the same girl at the hospital later, she knows she wasn’t dreaming. That’s when Riley learns her secret heritage and who she really is: a halfling Angel of Death.

Get your copy here. 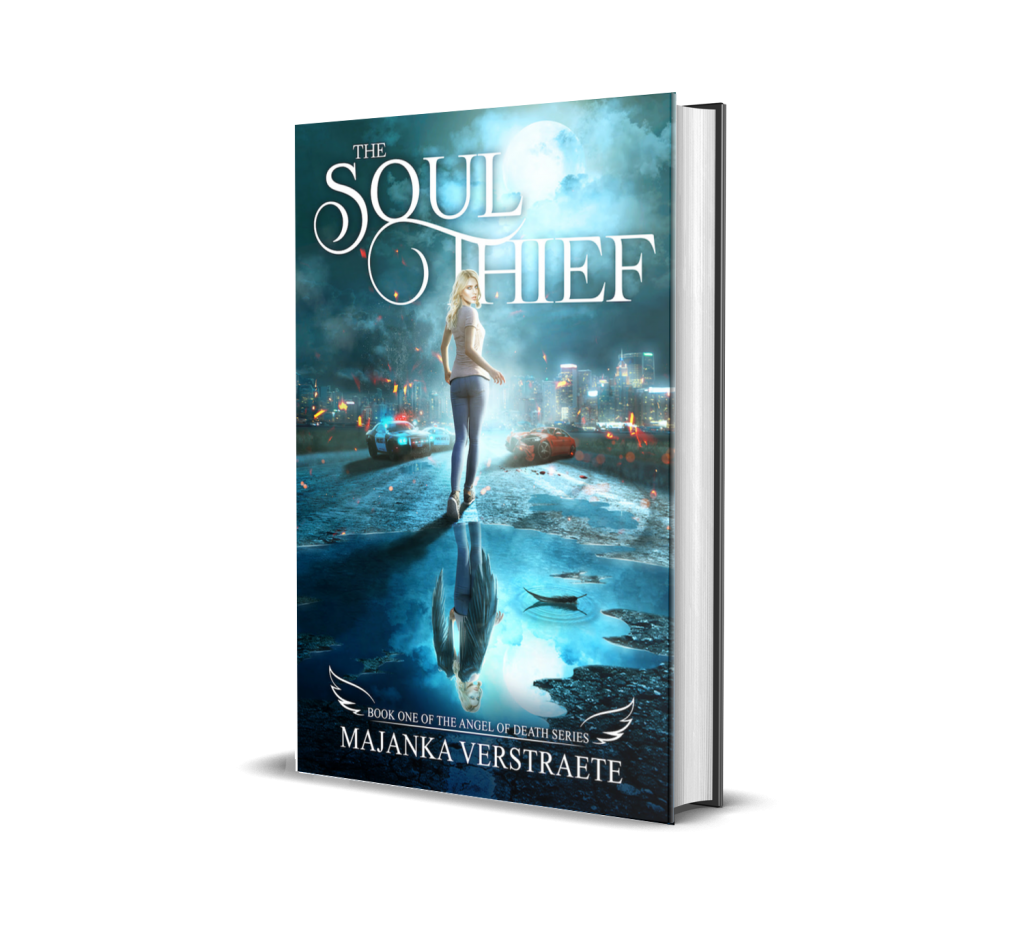 What the reviewers say:

“This was an on the edge of your seat story.  The action starts on the very first page. The characters are so well drawn that I actually felt like I was sitting in the room eavesdropping on their conversations.” – The Musings of a Book Addict

“Majanka Verstraete did an amazing job creating the story around Riley and the rest of the characters. You will definitely fall in love from the first pages. ” – Reese’s Reviews

“Wow the author does a good job. It draws you in with suspense, adventure, and mystery.” – Amazon reviewer

“This book was just really FUN! I love the idea of halflings already, but I really love how the story is really about a regular girl whose life is turned upside down by the news that she is an Angel of Death. It is about the difficulties she has with transitioning into such a role, the emotional toll it takes on her, and how hard it is to keep a secret like that from those she loves.” – Amazon reviewer

Seventeen-year-old Halfling Angel of Death, Riley Scott, is on a dangerous mission.