Weirdville is a series of stand-alone horror books for kids. The books will be published by Evolved Publishing. These are lower grade chapter books. All books can be read as stand alones, but they all take place in the same town. 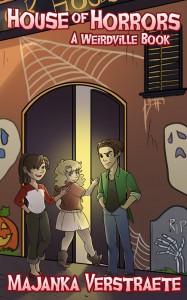 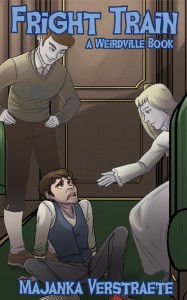 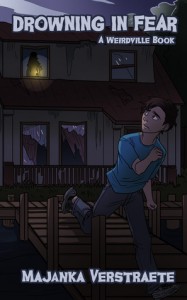 For as long as he can remember, Nolan has been afraid of drowning. The fear is so bad he can’t even go swimming with his friends.

In an attempt to help him get over his fears, his Dad signs him up for a summer camp near Lake Weird. Ever since Nolan heard the news, he’s been having nightmares about an abandoned cabin near a lake, and about him drowning in water thick as blood.

Nolan is certain his nightmares are related to his fear of drowning, but when he arrives at summer camp, and finds out there’s a cabin near Lake Weird that matches the withered cabin from his nightmares, he realizes something more sinister is going on.

Can Nolan find out the reason why he’s spent his entire life being afraid of drowning? How is it connected to the spooky cabin from his nightmares, and the lake surrounded by creepy, crawling mist? 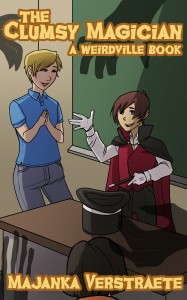 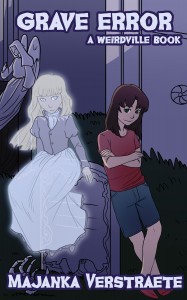 Tess and her dog walk through the forest that stretches from their back yard, and run into a strange girl wearing old-fashioned clothes—and the girl is transparent in the sunlight. This strange girl has no memories of her life, her family, her identity—nothing.

When they meander into a nearby graveyard, the girl starts to recall details of herself… and Tess starts to worry. She wants to help the girl, but at what price?