Some people are terrified of clowns. They don’t usually do much for me, but I’m pretty sure if I would run into a creepy-looking clown in an abandoned parking lot, that I would run the other way too.

Considering a lot of people’s fear of clowns, it is no wonder that a lot of scary movies and books revolve around clowns. Think IT by Stephen King, for example.

Remember back in 2016, when it seemed as if creepy clowns were popping up all over the place in the United States, and eventually the entire world? Newspapers from all across the globe were featuring articles depicting scary clowns roaming the streets, and it seemed like the stuff of nightmare.

But what really happened?

The Clown Sightings of 2016

The sightings were first reported in Green Bay, Wisconsin, but this turned out to be a hoax – apparently, it was just a marketing stunt for a horror film. Regardless, the pictures of the creepy clown roaming a vacant parking lot went viral. USA Today and Fox News showed pictures of the clown and discussed it.

Numerous other incidents popped up across the United States at the end of August 2016. By early October 2016, incidents were reported in Canada, the United Kingdom and even Australia. For an almost complete list of all the sightings, check out this list.

On October 25, 2016, several news outlets reported on an alleged clown-initiated “purge” or “attack”, which would supposedly take place on Halloween Eve of 2016. While there was no widespread attack (thankfully), one family from Florida was attacked on the fateful evening by a group of approximately 20 people wearing clown masks.

Were the Clown Sightings Real? 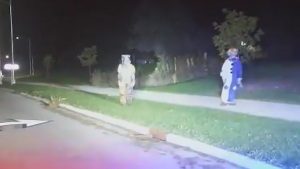 While no massive clown purge happened on Halloween 2016 and the clown sightings died out after October 2016, the weirdest part about the whole story might just be that no one can seem to figure out if the alleged clown sightings actually happened, or if they were a hoax.

The clown sightings expired riots, such as the Penn State Incident, but the question remains: did people actually see clowns, or was it more because they wanted to see them so they could tell a tall tale to their friends, and the story spiralled from there?

It is probably a mix of both. The Greenville clown sightings were real, but it was a marketing stunt. Likely, it inspired some people to dress up as a clown, and this was witnessed by a handful of others, and from there on, panic spread and the story quickly became overblown.

With the news of clown sightings going viral, it is entirely possible that people began to dress up as clowns as a prank – although it is unlikely that they were kidnappers or serial killers in disguise. What is also interesting to note, however, is that “Phantom Clowns” have been terrorizing the U.S. for much earlier than 2016. They have actually been witnessed as far back as 1981, and they keep on popping up every few years.

Killer clowns are a popular urban legend, but they’re just that: an urban legend. Most people dressing up as creepy clowns do so for marketing stunts, elaborate pranks, or Halloween. Even the clown sightings of 2016, partially based in truth and the panic resulting from it, had no real victims – all that happened was that people saw clowns.