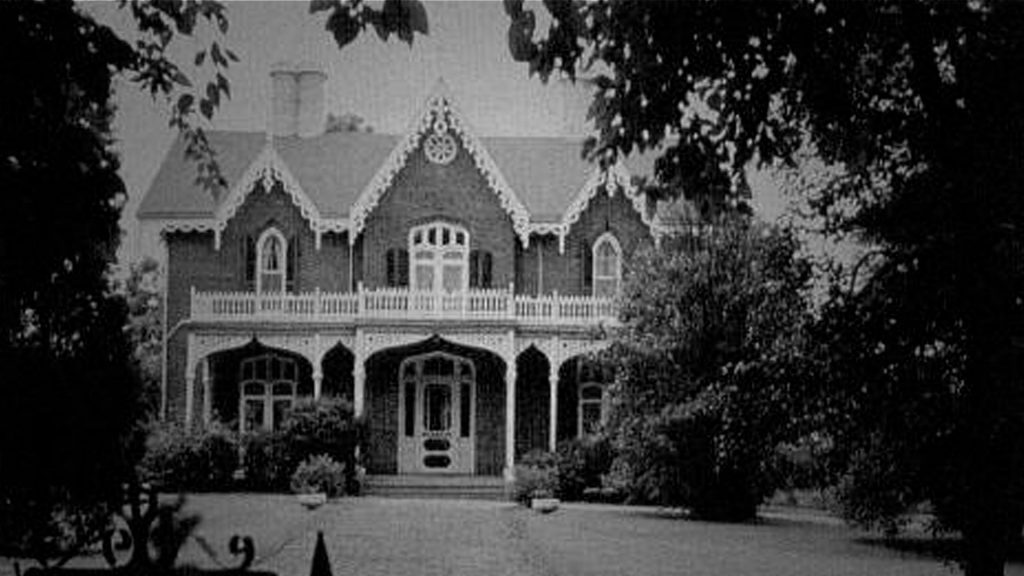 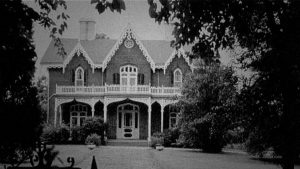 The Cedarhurst Mansion was built in 1823 by Stephen Ewing. It is a two-story, brick-walled construction. Just a little over a decade after the mansion was built, in 1837, a relative of Ewing, Sally Carter, died of illness at the age of 16 while she was staying at the mansion. Her spirit is said to still haunt the house until this very day, but it took a few decades before the haunting seemed to become active.

In 1919, a young boy was staying at the Cedarhurst Mansion, and he claimed to have been visited by Sally’s ghost, who asked him to fix her tombstone since it had been knocked over in a storm. When he told his family, they thought he was making the story up, but when they then went to check the tombstone the next day, it had indeed fallen over.

Since the initial report, there have been numerous reports of Sally’s ghost. She seems to be a benign spirit, watching over children while they sleep. Sometimes furniture moves on their own accord, and guests can sometimes hear disembodied voices in empty rooms.

Sally’s grave has reportedly been moved from the family plot in the estate to the nearby Maple Hill Cemetery – along with the graves of her other relatives, but some sources say that Sally’s grave could not be moved because it could not be located.

The Cedarhurst Mansion is closed to the public, as it is currently used as a clubhouse for the adjacent gated community, so it is difficult to investigate whether it is haunted or not, or if Sally Carter ever truly existed. Regardless, it is a beautiful historical home with a fascinating history.