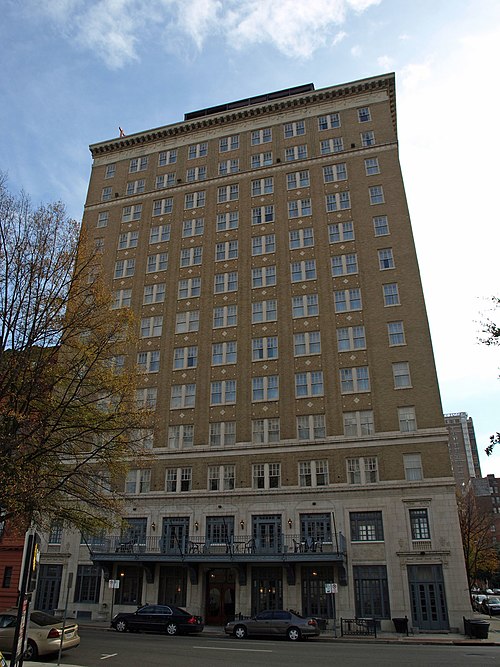 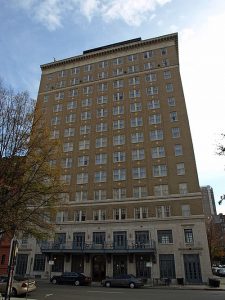 Perhaps not an actual house, but rather a hotel, but the Redmont Hotel is alledgedly one of the most haunted buildings in the state of Alabama.

It opened in 1925 and is one of the oldest operating hotels in the region. The original hotel counted some 200-rooms, with private baths which was quite unusual at the time. In 1946, it was purchased by Clifford Stiles, who did some renovations on the property. Thereafter, it was purchased in 1983 by an investment group of NBA players, and there was a grand re-opening in 1985. The hotel underwent another restoration in 2014 and re-opened in 2016 with 120 guest rooms.

The ghost sightings include a woman in white, who has been spotted on the ninth floor, and the apparation of a small dog. The spirit of Clifford Stiles, one of the previous owners of the Redmont Hotel, is also rumoured to haunt the hallways and in particular the penthouse suite, which he had renovated into an apartment for his family when he moved into the hotel. Then there’s your stereotypical doors opening and closing on their own, furniture being shuffled around, which can scare the living daylight out of anyone.

You might also encounter the ghost of the legendary musician Hank Williams Sr., who spend the last night of his life in the Redmont Hotel, before he died of a heart attack while driving to one of his shows the day after. Guests and employees have reported hearing guitar sounds and a voice uttering his nickname, “Old Hank”.

The hotel is still operating today, so if you decide to stay there overnight, you might have a chance to see one of the resident ghosts.