NoEnd House is a CreepyPasta story that was published in June 2011. In the story, the narrator is told about the existing of a haunted house so scary that you win $500 if you make it to the last room. It’s called “NoEnd House” simply because no one has ever reached the final room.

The narrator, in this version called David, goes to NoEnd House and accepts the challenge. The first room he enters turns out to be not scary at all. Room two is slightly scarier, but still doesn’t phase David.

Room three is different. Inside, David finds only shadows, but he starts to feel unsettled. As he progressed through the house, each room is more terrifying than the next. One of the rooms even leads him to a simulated version of the outside, so you should take the word “room” later loosely in this context. 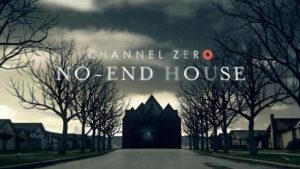 Opening the door to room seven, David finds himself outside – the actual outside, not a simulated version. He’s so freaked out that he doesn’t care about the price, he just drives straight home.

But as you might have guessed… Room seven is just another room. Home isn’t home. One room follows after another, and it’s doubtful that David might ever make it out of NoEnd House…

And even if he does, he probably won’t even realize he’s outside of NoEnd House.

Of course, NoEnd House is just a CreepyPasta. No house without an end actually exist, at least not that we know of. But it did spawn the question if any haunted houses exist, be it haunted house attractions, that are so terrifying you will get a reward if you make it to the exit.

Presumably, in that scenario, there is an actual exit, and not the hellish room-upon-room nightmare that David found himself in, in the original CreepyPasta story.

There’s been quite a few investigations, but the bottom line is that no such haunt has ever existed. The claim that somewhere in the U.S. exists a haunted house so scary no visitor has ever completed a tour of it, has been debunked.

NoEnd House is just a story, an urban legend that is not based on an actual haunted house attraction. However, it is a chilling story and it was the basis of Channel Zero : NoEnd House, which I highly recommend for fans of the horror genre.