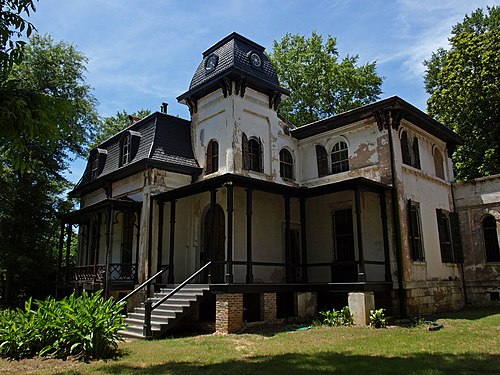 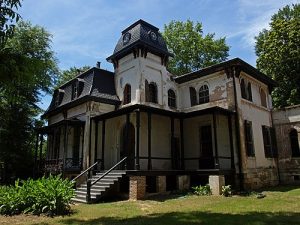 Winter Place was constructed between 1850 and 1870 and is located in Montgomery, Alabama. The North House was the home of Joseph S. Winter and his family, and is the earliest of the constructions. The second building, the South House, was built in the 1870s and was the home of Joseph’s daughter, Sally Gindrat Winter Thorington, and her husband Robert D. Thorington.

Sally lived in the South House until her death in 1935. The house passed on to her daughter, Bessie May Thorington. Upon her passing in 1948, her nephew Joseph Winter Thorington Jr. inherited the house.  Joseph Winter Thorington Jr. purchased the North House (which had been sold outside the family), and he subsequently converted the two houses into apartments. Winter Place was used as an apartment complex until the mid-1990s when it was damaged during a series of hurricanes.

The complex was added to the Alabama Historical Commission’s Places in Peril list in 2004 after several decades of neglect. In 2018, the properties were sold to Benjamin Blanchard, a real-estate tycoon, who is now renovating the South House to be used as his own personal residence. The North House will also be renovated in the future.

He may need to accomodate some unexpected guests every now and then, considering that supposedly, the Winters are still inhabiting the property. At least, their spirits are. According to the legends surrounding Winter Place, a Confederate soldier who was buried in the cellar walls, is also still roaming about, although there is no evidence to support this.

Ghosts or not, the buildings are hauntingly beautiful, and hopefully the renovation works can restore them in their former glory.