Literary Trope: Forbidden Love… And Why We All Crave It 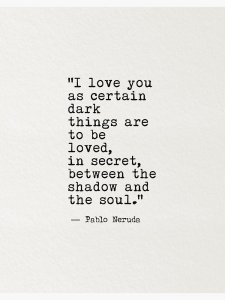 The kind of love that has inspired Shakespeare’s most famous story, Romeo and Juliet, about the doomed love affair between a couple who could never be together because of the fued between their families. The kind of love that caused the fall of Troy, in Homer’s Iliad, for Helen, the queen of Sparta, had been abducted by Paris, the prince of Troy, and this had led to the legendary war. And the kind of love that ruined the mythical kingdom of Camelot, when Guinevere, the wife of King Arthur, fell in love with his best friend, Lancelot.

Forbidden love has inspired poets and authors all throughout history. The star-crossed lovers, divided either by social status, marriage to someone else, fueding families, you name it – there’s always one or more reasons why they should never ever be together.

Yet, they’re drawn to each other like moths to a flame.

The reason why the trope is so popular and still being devoured by thousands of readers, is that it’s a timeless trope, and something we all – or the majority of us – can relate to. The majority of people have, at some moment in time, felt something for people they shouldn’t have feelings for. People who are already in other committed relationships. People who have made a vow that stops them from falling in love or being with someone (think about nuns and priests). People who are just plain bad for you and although technically, you could be together, you know you really shouldn’t. 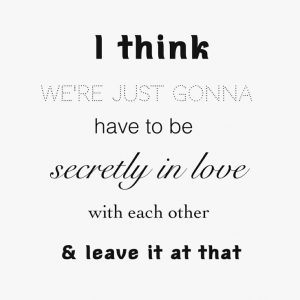 One of the strengths of this trope no doubt lies in its relatability. We can all relate to it, and because we’ve all craved for that forbidden love, that we have to deny ourselves in reality, we find solace for this unspoken desire in books and movies. We cannot have it in real life because it would have too many consequences, but we can have it in fiction.

In fiction, the heroine can leave her husband for that one-time fling she had with a co-worker. It may hurt her, but she’s a fictional character – it does not compare to real hurt, or to the real consequences we would face in real life were we to do so. In fiction, kingdoms can be wrecked for the sake of love, while in reality politics, money and power more often come into play than romance.

Think about love triangles. They were extremely popular a few years ago, and they’re still quite popular nowadays. But even looking at historical fiction – take my aforementioned example of Camelot, where Guinevere is torn between her love for Arthur and Lancelot – the love triangle seems to have been in vogue for thousands of years. Love triangles are partially based on forbidden love: because if you’re already dating one person, then you shouldn’t pine after another person. It’s forbidden, but that’s exactly why it’s so enticing.

There are several popular sub-tropes in the world of romance novel that all fall under the trope of “forbidden romance”. Think about the following sub-tropes:

It’s wrong, or it walks the thin line between good and bad, and that’s why it’s so appealing to read about. And to write about. Creating two characters who cannot be together and should not be together, and somehow make them fall for each other? That’s challenging to write about in a convincing way, but at the same time, it’s also one of the most interesting subjects to add in novels.

What is your favorite book or short story featuring forbidden love?