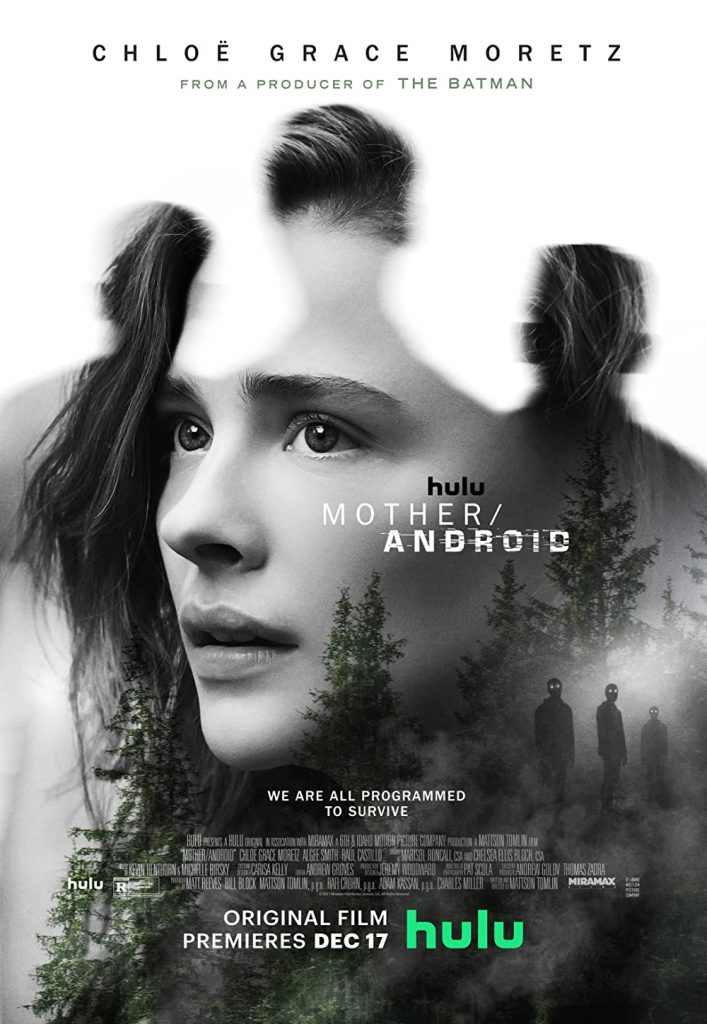 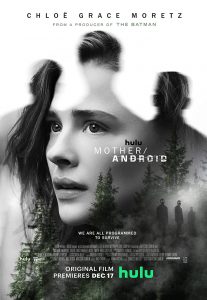 Mother / Android is basically a zombie apocalypse but with androids. Georgia (played by Chloe Grace Moretz) has just found out she’s pregnant when the androids decide to strike back against humanity.

Skip forward a few months, and Georgia and her boyfriend Sam (played by Algee Smith) are camping out in the woods, trying to stay away from roads to avoid androids. Georgia is almost full-term, and the couple are heading toward a military compound to find refuge before they continue their trek to Boston. Sam has heard boats are leaving from Boston to Korea, taking families with them.

What follows seems to ne a guide on how not to survive an apocalypse. Sam makes one dumb fault after another, putting not only himself but also Georgia and their unborn child in danger. Some examples: even though the military camp has a doctor who can help with the birth of their child, he insits they should go to Boston…although the baby is already late and can literary be born at any time. And don’t get me started on the motorcycle.

While Sam keeps on trying to win the award for stupidest ideas ever, Georgia is basically superwoman on steroids. She shoulders on, no matter what, showing a lot of courage and tenacity.

Unfortunately, one good actress and redeeming character, does not a good movie make. The plot is straightforward and rather predictable, and none of the characters, besides Georgia, are ever really fleshed out. Even Sam, her love interest and boyfriend, barely shows any hints of a real personality.

The action scenes are boring too, the dialogue is chunky, and the pacing is incredibly slow.

All in all, this is not a movie I would recommend, although I initially found the plot idea and trailer intriguing. Alas, it turned out to be a bit of a disappointment.