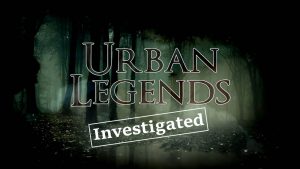 Sometimes reality is scarier than fiction. Such is the story of Slender Man, a fictional figure invented for a Photoshop contest who was brought to life through stories on CreepyPasta that further developed the myth. There is a whole page on CreepyPasta dedicated to the Slender Man. 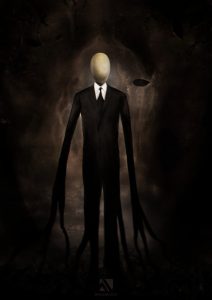 Slender Man appears to be male. He has extremely long, slender arms and legs, which is why he was given the nickname Slender Man. In some versions, he has black tentacles protruding from his back, but often he just has regular arms.

He wears a black suit and is extremely thin. His face is deadly white, and he has no facial features: no mouth, no eyes or nose. He usually tends to wander around in the woods, and if you had to compare him to another fictional figure in appearance, it would be Jack Skellington from Nightmare Before Christmas.

The horrible events of May 2014

As long as Slender Man stayed stuck to the format of fiction, all was well, but this fictional monster inspired two 12-year-old girls in Waukesha to attempt to murder their classmate during a sleepover. They lured the victim into playing a game of hide-and-seek in the woods and subsequently attacked her with a knife, stabbing her 19 times. Luckily, the victim survived and recovered from the attack – at least physically.

The horrible events occurred in May 2014. The perpetrators were found not guilty by mental disease or defect, and were committed to mental health institutions for sentences of 25 and 40 years.

The girls allegedly stabbed their victim in an attempt to become proxies of Slender Man. The aforementioned monster is an entity who was created on the forums of Something Awful, a comedy website online, for a Photoshop contest back in 2009. Numerous people expanded upon the myth of Slender Man, and some created fanfiction based on the figure. In later years, there was even a Hollywood movie made based on the tall, thin, featureless character who is often depicted as hiding in forests.

A documentary film on the incident called Beware the Slenderman was released in March 2016. I have watched it, and found it to be quite chilling. It is scary to think that fiction can become reality one day, or can at least be considered as ‘real’ by some people – real enough that they would go through great lengths to appease a supernatural entity.

Slender Man is obviously fake. Although the internet has gone through great lengths to make the story as believable as possible, the tall, thin man in a suit is a fictional creature. He’s not roaming about in the woods and he’s not preying on innocent children.

Unfortunately, the events of May 2014 are very real. Luckily, the victim survived but this was nothing short of a miracle, and no doubt she is still traumatized by what happened. This is an example of the lines between fiction and reality blurring, at least in the minds of the young girls who perpetrated the crime, and this can have disastrous consequences, as was proven in this case.

So no, Slender Man isn’t real, but he’s still terrifying.