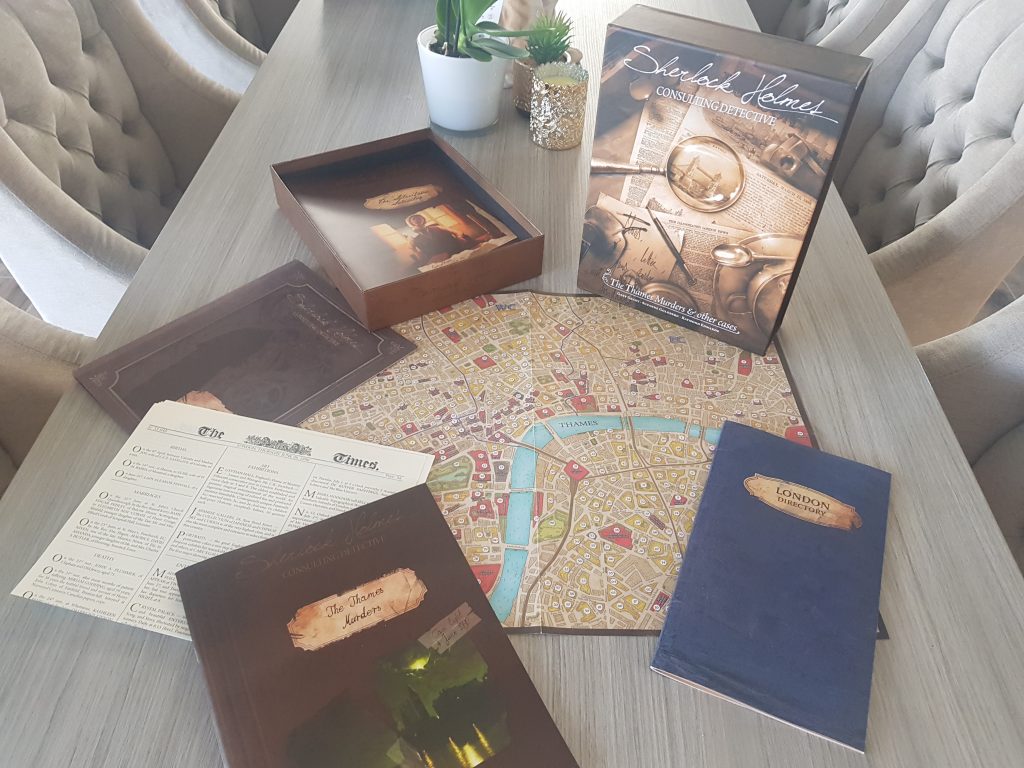 I previously reviewed the first six cases in this collection: The Munitions Magnate, The Tin Soldier, The Mystified Murderess, The Lionized Lions, The Cryptic Corpse, The Mummy’s Curse and The Banker’s Quietus.

The eight case is called The Thames Murders.

The Thames Murders is the case for which the boxset is named, so obviously it is one of the most important cases in the boxset, and one of the best thought-out and complex cases.

Bodies are washing up in the Thames, and the latest one is the reason why Holmes and his Irregulars are asked to solve this case. It is related to the other Thames murders, or is it a stand-alone case with a perhaps even more complex solution? Is Moriarty involved somehow? It’s up to you as Detective to figure this out.

The plot of this case was multi-layered, just the way I like my Holmes cases. It was not easy and straightforward, it had hidden motives, and by the halfway mark, I had more questions than answers, but in the end, with some out-of-the-box sleuthing work, we were able to solve this case. And it feels good to have solved it and get the same answers as Holmes.

It is my favorite case in this boxset, and reminiscent of everything you expect in a case waiting to be solved by Sherlock Holmes.