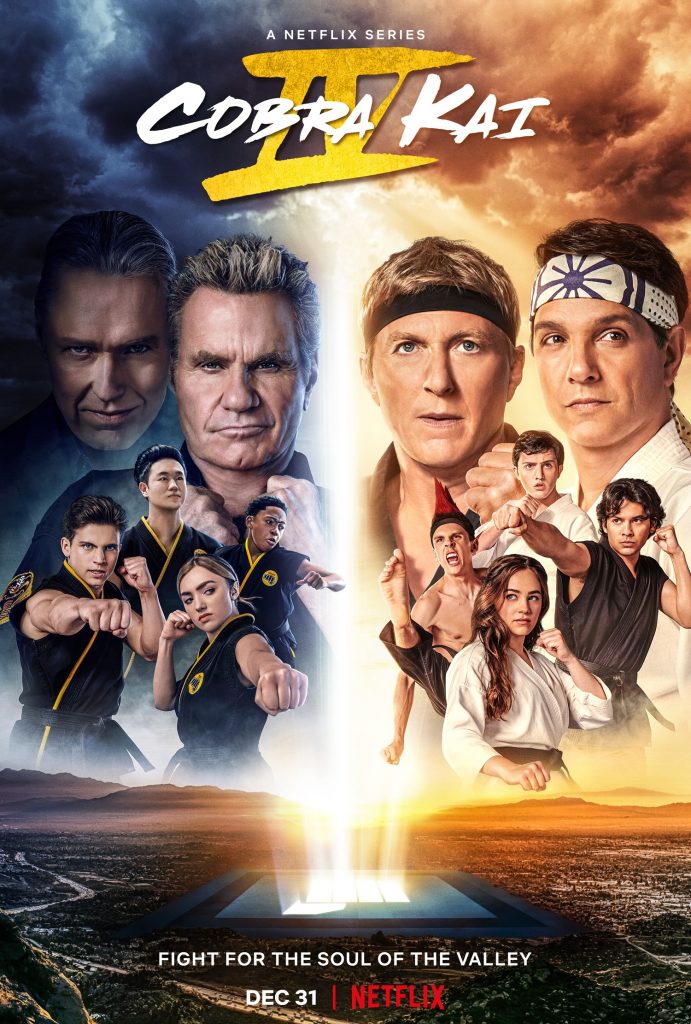 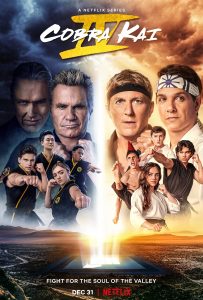 Throughout seasons 1 through 3, both characters have already grown a lot. Johnny started off with his life totally off the tracks, and now, in season 4, he’s slowly piercing together the pieces of his life. He has somewhat gotten over his rivalry with Daniel LaRusso, he’s dating his nextdoor neighbour, he’s teaching kids karate.

If Johnny’s track is one going straightforward, then Daniel LaRusso’s certainly is one that often tends to lead around in circles. Since the two former enemies team up at the start of the season, combining their fighting techniques and dojos (Miyagi-Do for Daniel LaRusso and Eagle Fang for Johnny Lawrence) to beat Cobra Kai, led by John Kreese, I was hoping that they would finally be able to bury the axe and realize what is obvious for every viewer: if they combine their styles, teach their kids Miyagi-Do defense and Eagle Fang-offense, then they will seriously increase their chances of defeating Cobra Kai.

But Daniel becomes convinced his way is the only way, and when push comes to shove, he still thinks he’s better than Johnny. That his way of teaching, his karate, is better than Johnny’s. It’s quite sad to see him fall down the same rabbithole again and again, but at least toward the end of the season, he seems to make some progress in realizing that what Johnny has to teach, might be valuable as well.

Then, on to the kids. Miguel seemed a bit absent this season, with the focus shifting more to the other kids. I actually thought this was a good thing, since it didn’t seem as if Miguel had much to bring to the table this season. But with the cliffhanger at the end, I assume he’ll play a much larger role in season 5.

Robby made some real progress throughout the season, and he’s grown and matured. So has Tory, and I have to admit, she’s my favorite character. She definitely has her flaws, but unlike the adults in the series who often seem stuck in the same behavioral issues, she seems to have found a way forward. I hope that she will keep on growing in season 5.

Even Sam LaRusso, golden-child, entitled brat, easily my least favorite character in the series, did earn some credit points when she started to do some growing up of her own. She has a long way to go, but with the progress she’s made this season, I’m more positive she’ll get there someday and that she will be able to avoid making the same mistakes as her Dad did.

All in all, season 4 was another great season, and it’s pretty amazing how this franchise has managed to re-vitalize old movies, and actually make them more entertaining, with more depth and character growth than ever before. I already look forward to season 5.