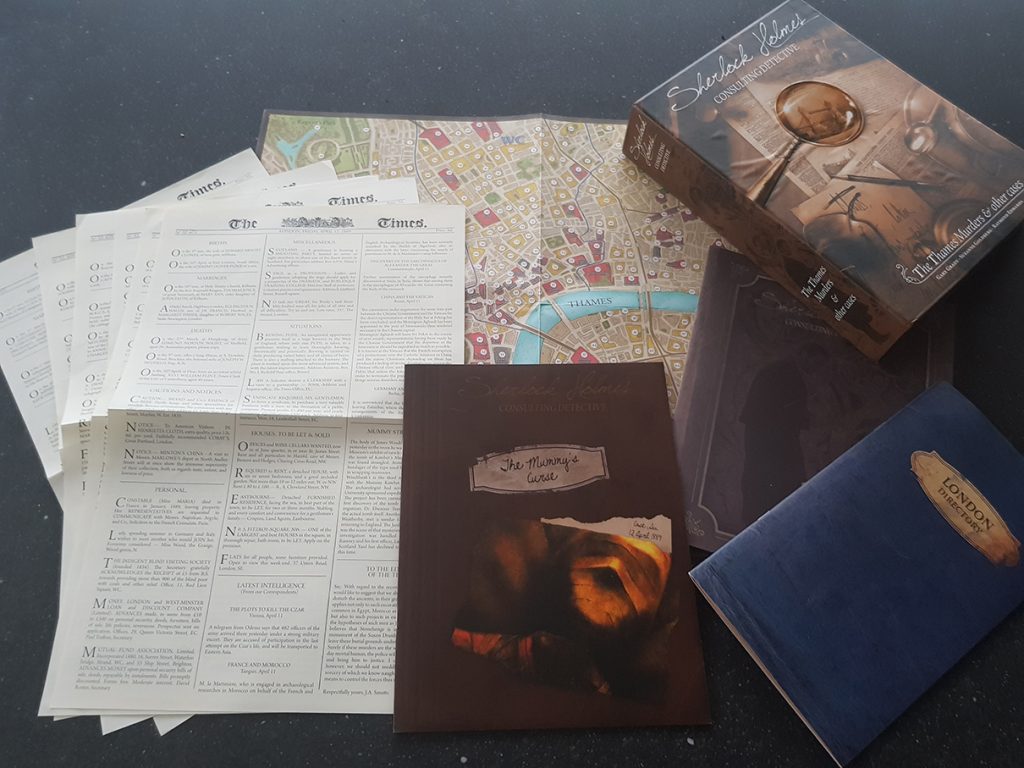 I previously reviewed the first five cases in this collection: The Munitions Magnate, The Tin Soldier, The Mystified Murderess, The Lionized Lions and The Cryptic Corpse.

The sixth case is called The Mummy’s Curse. 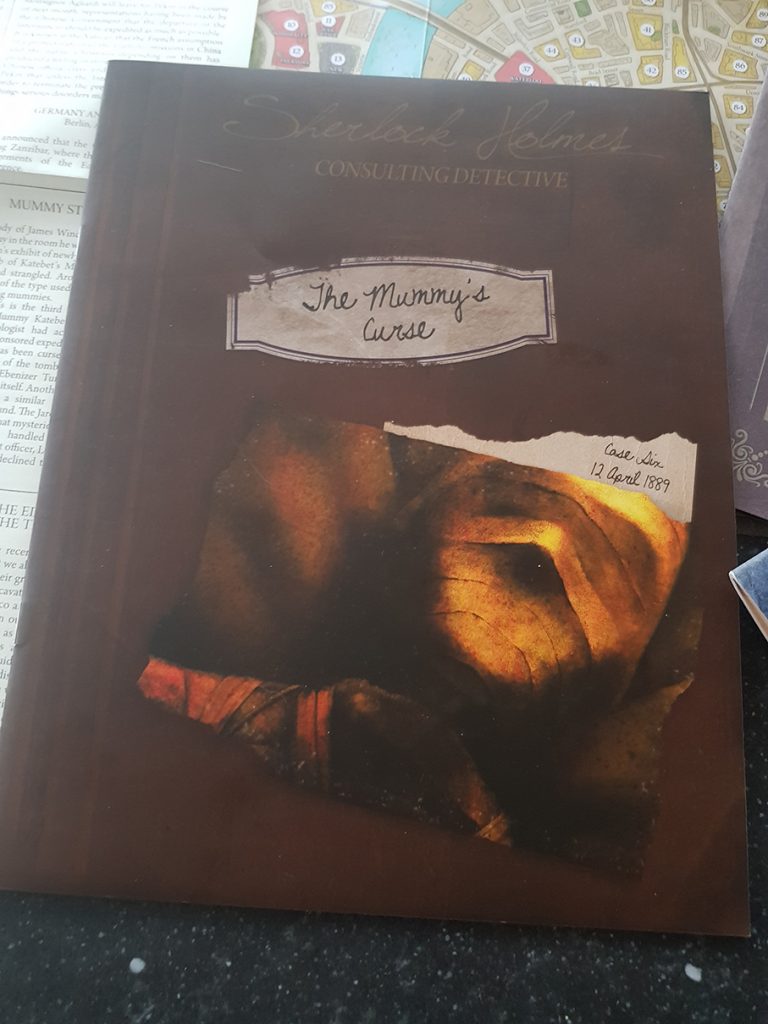 What I liked about this case was, of course, the reference to mummies. Victorian England was mesmerized by the archeological digs occurring in Egypt, where sarcophagus after sarcophagus was uncovered. Several mummies were transported to the British Museum, where the Londoners could gawk at them, and some wealthy Londoners even had mummies in their own homes! How ghastly and how perfectly Victorian.

Either way, this case opens with the murder of not one, not two, but three archeologists involved in the investigation of the final resting place of Katabet. Most of the initial information comes from The Times, where we are directed to by Dr. Watson, who is more than a little annoyed that The Times is talking about a presumed Mummy’s Curse – as if such a preposterous thing could exist! In order to set the record straight, Dr. Watson wants us to uncover the identity of the murderer.

Although I instantly liked the theme and loved following the clues in this case, unfortunately in the end, the case was a tad disappointing. It made a great start: murder on a ship, so the culprit certainly has to be on board of the ship. Starting from there, it was a matter of crossing off potential candidates from the list. But then came the big reveal and… Holmes’ culprit wasn’t the one we had in mind.

Don’t read on if you don’t want any spoilers for this case. I repeat: don’t continue if you want to avoid spoilers.

All right, spoiler time. The murderer indicated by Holmes has zero motive. Fine, maybe he has a flimsy motive, but it’s so flimsy you could blow it away. Based on Holmes’ version of events, there is more than one murderer, and I had only pecked the last murderer as the culprit – and this for all three crimes. Because if murderer number one is involved, why is there a bowl of ashes next to victim two, a fact pointed out in detail during the investigation? What does this have to do with anything? Plus, murderer number two is clearly unhinged; he has the physical strength to commit the murders. And why does Holmes rely on a newspaper article written by the culprit himself – that’s a lot of faith to have in a murderer…

Anyway, after investigating online, I discovered that in the original version of this game, there is only one murderer: the one we had chosen. The bowl of ashes actually makes sense here, and the motive is much clearer. I understand trying to change the narrative to make the case more challenging, but this should be done in a consistent way: a clearer motive should have been established for murderer numbero uno, and the bowl should not have received that much attention in relation to victim two.

Still, this remains one of my favorite cases in the collection because of its subject matter, and we had great fun trying to solve the mystery.