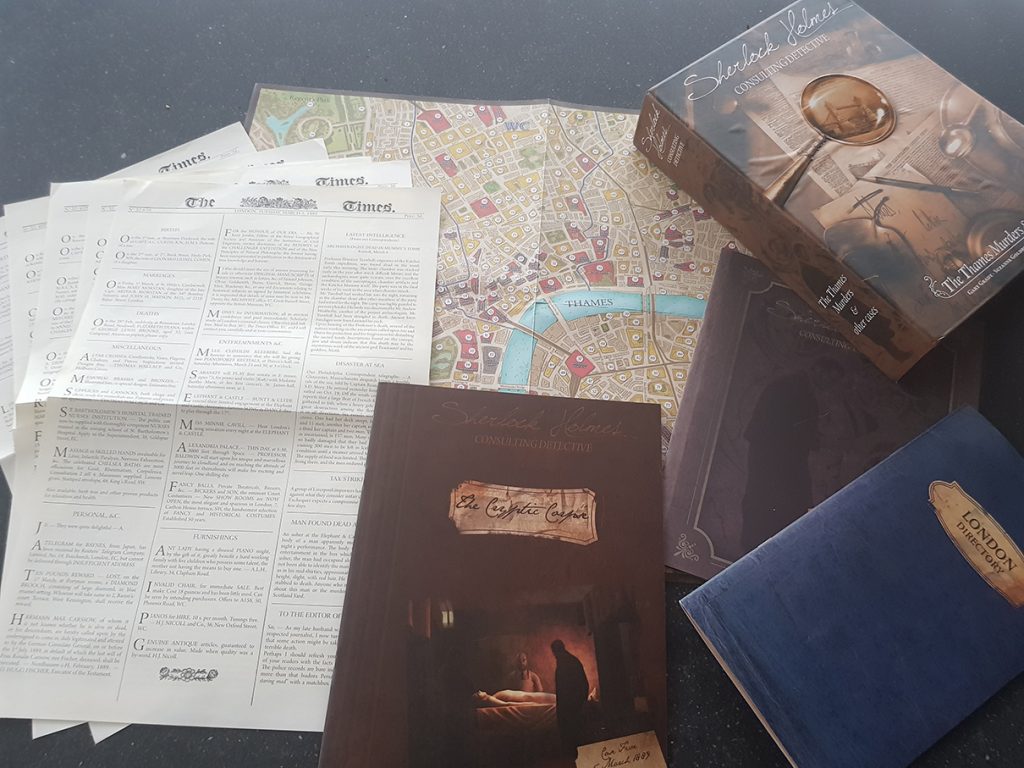 I previously reviewed the first four cases in this collection: The Munitions Magnate, The Tin Soldier, The Mystified Murderess and The Lionized Lions.

The fifth case is called The Cryptic Corpse, and it sure is a cryptic case. 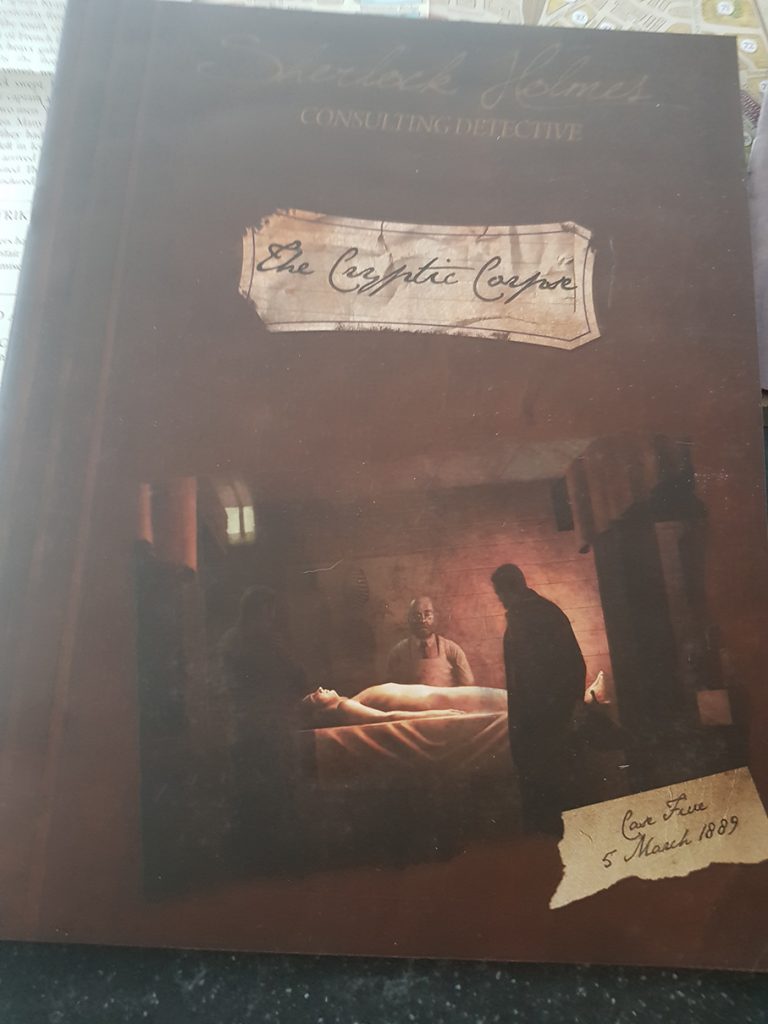 In this case, Holmes is summoned to the morgue, where a rather peculiar murder victim has been autopsied by the coroner. The victim was stabbed in the neck and killed instantaneously, right in the middle of a theater performance he was spectating. No one noticed anything until after the play when his dead body was uncovered. The man’s identity is a mystery, his murder is an even bigger mystery, but the biggest mystery of all is the cryptic note the man was carrying with him, which is obviously written in code and can be cracked using a particular cipher.

Since we wanted to beat Holmes at all cost, we figured the only way to do so was by cracking the code. Of course, the master detective would no doubt crack the mystery in five minutes, but it took us the better part of an hour to crack the code. We quickly figured out how to solve it – at least we thought so – but then doing it for each syllable took quite some time. And in the end unfortunately what we had uncovered were actual words in the English language, but not a message that made any sense at all.

Murray told us some clues when we visited him, but nothing that rang any bells with us. Maybe we’re just not great at cracking codes. Even when visiting Sherlock, he only gave us a few cryptic hints, but we were nowhere closer to solving the code. Meanwhile, clues came piling in as to the dead man’s identity and despite the cryptic clues left on his body, solving his death felt a little anti-climatic because it was so straightforward and obvious.

We were worried that the cipher would completely change the meaning of the case, but – spoiler warning – it doesn’t!

When searching through reviews online, a lot of people seem frustrated by not finding the boarding house, which gives a lot of clues, but we figured when going to the hotel since the victim only spent one night there and not any of the other nights, that he had to be staying somewhere else, and then following the original hints, we found the boarding house as our second clue right away. I can imagine the case gets a lot more frustrating if you don’t find the boarding house, since the most important hints are dropped there.

Despite not being able to crack the cipher, this was one of my favorite cases so far because it allowed me to think outside of the box: with the cipher, with finding the boarding house, with coming to the conclusion of the mystery, and more. Definitely one of the more challenging but also most rewarding cases in this box set.