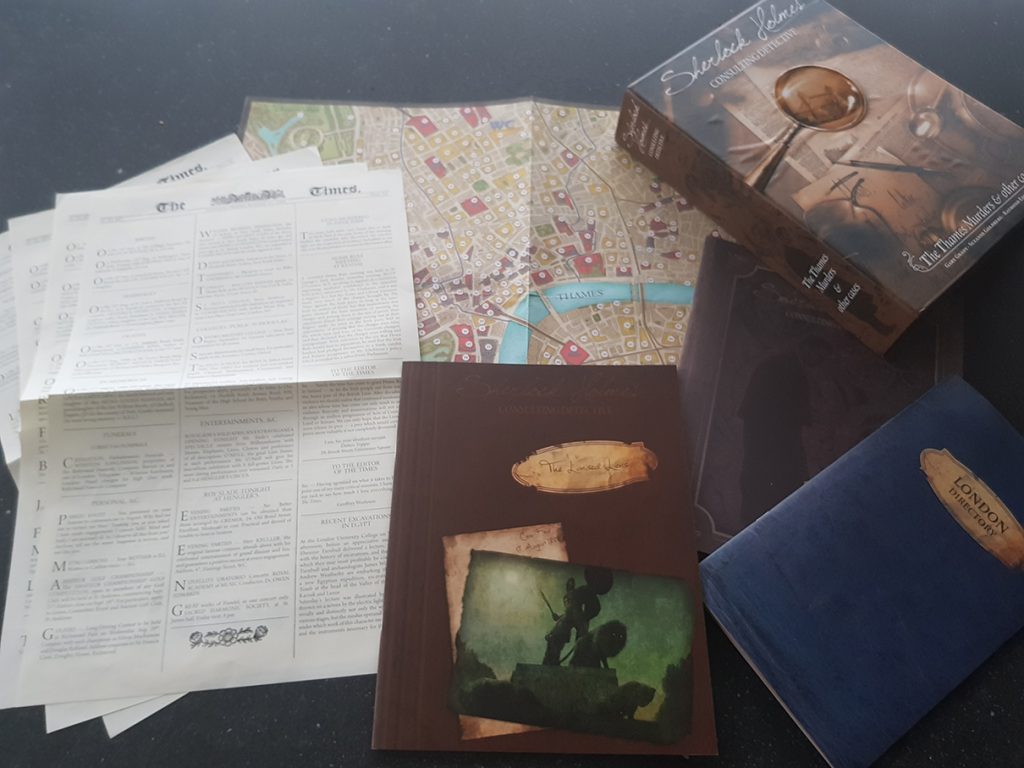 I previously reviewed the first three cases in this collection: The Munitions Magnate, The Tin Soldier and The Mystified Murderess.

The fourth case is called The Lionized Lions. 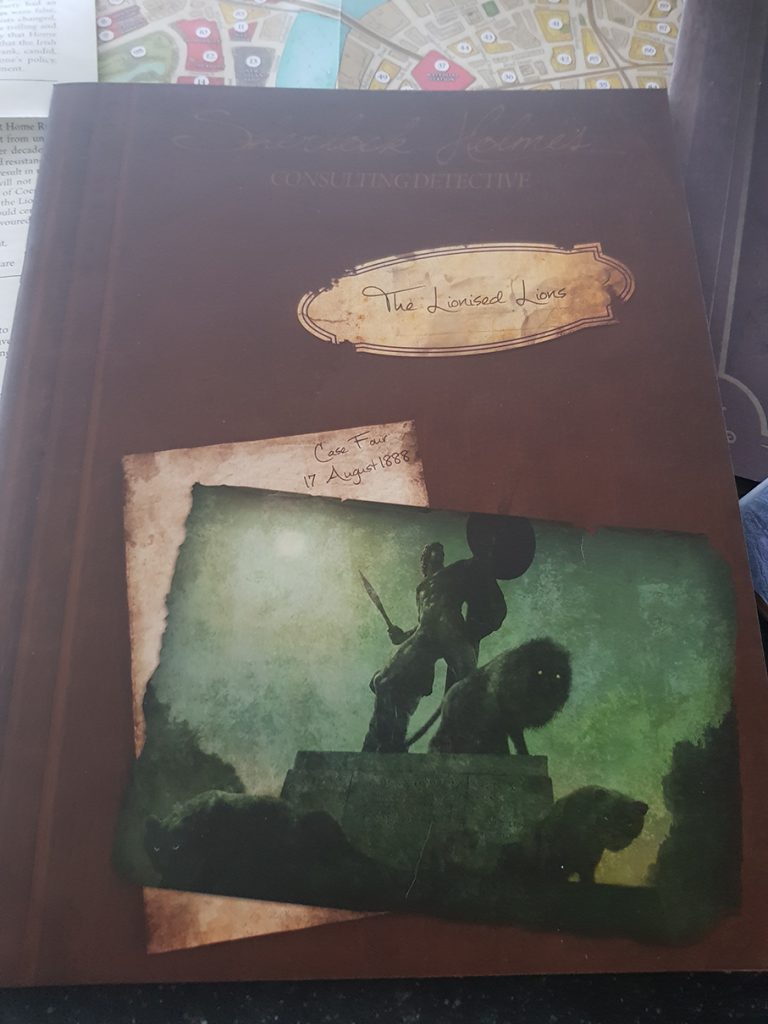 The Lionized Lions starts off differently from the other cases, meaning that there is no case you are presented with. All you get is a cryptic note from Sherlock Holmes himself telling you to check The Times for a potentially interesting case.

When checking The Times, several cases sounded interesting, but the title of the case already spoiled for us that we should look for something related to lions. As it follows, and this is a spoiler so don’t continue on if you don’t want to read any spoilers, two lions were killed in Hyde Park. And that’s where the mystery begins.

To some people, this is one of their favorite cases, as I determined while browsing through forums about this board game. For me, it was far from it – in fact, while I liked the content of the case and the guesswork, what really annoyed me endlessly is that for one of the side quests / secondary characters, there is no resolution.

Fair warning: don’t read on if you haven’t played this game and don’t want any spoilers. Spoilers ahead.

Into spoiler territory now, but what about the dead seaman, Stephen Dirks? Who killed him? I don’t mind running around chasing a false lead – as I at first thought the two cases were related; turns out they’re not, which is fine – but I do want a resolution at the end. If not something I can figure out myself, then maybe Sherlock can shed some light on the case.

Alas, when I came to the end and found no answer, I was extremely frustrated. I had hopes that the solution would be in a future article in The Times for one of the next cases (maybe there would be a follow-up article indicating who had murdered the unfortunate seaman) but unfortunately, this was not the case.  There are some fellow sleuths who took a stab at solving this mysterious murder, but although plausible, none of the answers are definitive.

Although proving a nice challenge and with a good storyline that lets you connect the dots between several different threads, ultimately this case falls short because of its inability to bring a satisfying conclusion to the abovementioned mystery – as if it doesn’t matter! While it may not matter to the great Sherlock Holmes, it certainly did to me as I spent over an hour trying to solve it.