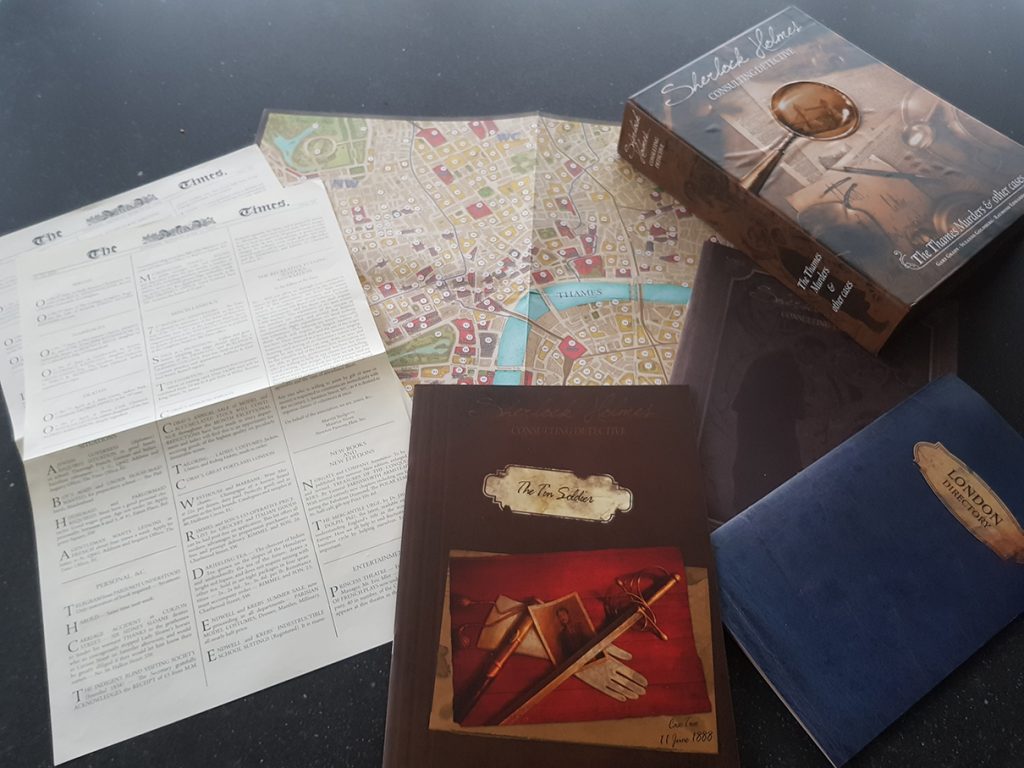 I previously reviewed the first case in this collection: The Munitions Magnate. Check out my review here.

The second case is called The Tin Soldier. 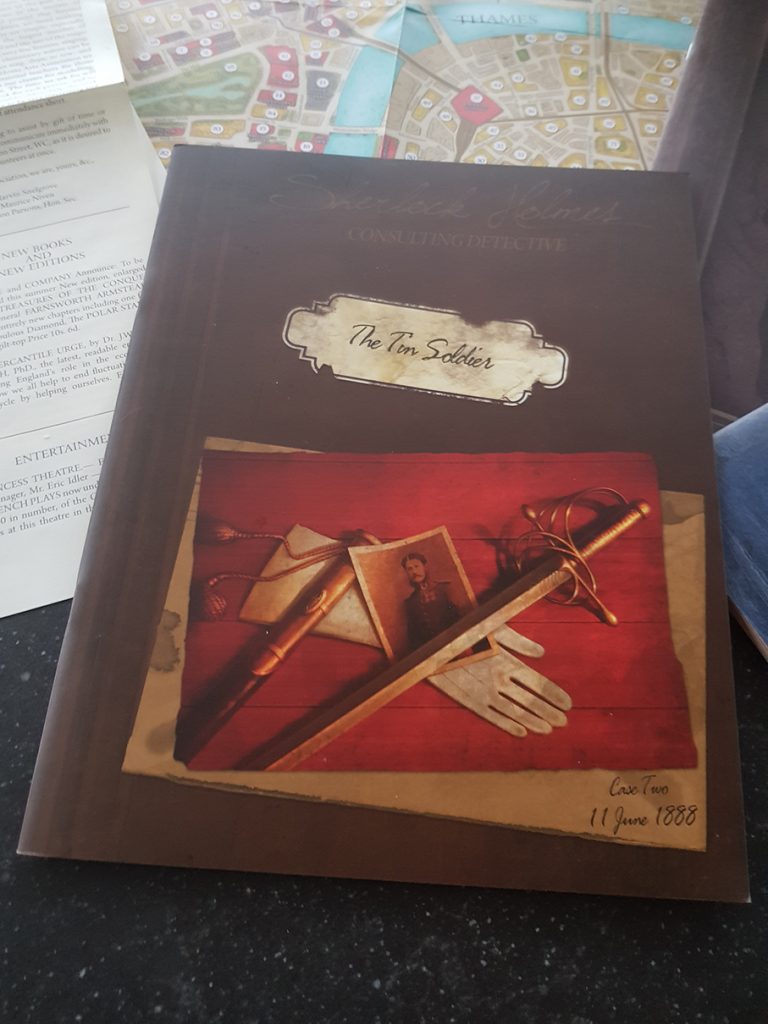 In this second case, General Armstead, one of the six surviving Waterloo Tontine ticket holders has been murdered. The Tontine is a lottery of sorts, and was set up in 1815 to aid the veterans of the Battle of Waterloo, Wellington’s victory over Napoleon. The last person alive out of all the participants in the Tontine, wins the grand prize. Armstead is one of the remaining survivors – is his death linked to the Tontine? Or was he murdered for other nefarious reasons?

I enjoyed the second case more than the first for two simple reasons. First, it relies on some historical tidbits, which I liked a lot, and secondly, it is in part a combination of two cases in one – but don’t let yourself get fooled by that.

The case is also slightly more difficult than the first one, and there were again some red herrings that could potentially put you on the wrong track. I was deluded for a while, thinking the killer was someone else than he turned up being, but once I followed the majority of the clues and put all the different stories together, only one killer really made sense.

As a downside, I didn’t beat Holmes on my playthrough – I’m always more interested in solving the entire mystery, even the secondary questions, rather than just jump the shark to get to a quick answer, like Holmes often does – and I think in general it will be very hard to beat Holmes on this one. However, that doesn’t diminish the fun!