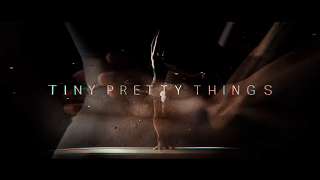 Tiny Pretty Things is what would happen if you take Pretty Little Liars and dump it in the world of ballet, where everyone hates everyone and friendship only lasts until the next role comes up.

Competition is fierce in this ballet school, and Neveah, the main character, only got accepted because the star dancer, Cassie Shore, tumbled four stories down and was injured severely when she hit the pavement. In fact, if not for the interference of a police officer who reanimated Cassie after the accident, she might have died. Now, she’s severely injured and in a coma, but that barely seems to scare her fellow students, not even when it turns out Cassie didn’t jump down herself in a botched suicide attempt, but she was pushed, likely by another student.

The other students are far too preoccupied with themselves and their careers to worry about something as low-key as a potential murderer on the loose. One by one, they reveal their ugly sides: Oren, who is supposedly in love with Bette but is also sleeping with his roommate Shane on the side and who is obsessed with his weight although he looks like a Greek statue come to life; Shane, who struggles to find a meaningful relationship with any man because of his feelings for Oren; Bette, who would throw anyone under the bus if it meant she could take a star role – which, when looking at the way her mother treats her since her sister is the big star and she’s not, comes as no surprise. Even Neveah is no angel: she’s as self-obsessed as all the others, and she often lashes out at the wrong people for all the wrong reasons.

The show had some good moments. The mystery is engaging, the dancers are mesmerizing – nearly all of the actors are trained in ballet, I believe, so that comes as no surprise – and the acting varies from mediocre to good. I liked Casimere Jollette as Bette Whitlaw, and she managed to portray the queen bee in such a way that even if Bette kept pushing people away, and kept doing bad things to advance in life, in the end, I felt a certain amount of sympathy toward her. She was ruthless, but so was the world around her. I also liked Daniela Norman as June, although I felt that at times June lacked personality, but I can’t blame this on the actress, it’s rather the writing and the show itself that make June look kind of like a pretty Barbie doll without depth.

Who was not convincing to me, was Neveah. Her personality kept switching, and one moment she was willing to fight for something only to drop it right the next minute. It seemed as if she could never make up her mind: one episode walking to the bar in the middle of the room to dance on, as if she was claiming to be the next queen bee, and the following episode going back to the side to stand next to Shane, supposedly as the outcast. Stop changing your mind every second. First, she was interested in Nabil, then she was dillydallying around with Oren, and neither of these relationships felt very genuine.

Everyone had a chip on their shoulder and none of the characters could be considered as actually good people, not even comatose Cassie Shore, and she gets major sympathy points for what happened to her. Nabil is the only character that is somewhat likable as a person, and that is saying something. The other characters are cliched, some of the drama is plunged into the series just for the sake of drama, and relationships are as feeble as who is playing the starring roles in the upcoming “Ripper” ballet the students are working on – a character can be kissing one person one scene and another the next, without any consequences. Even cheating on one’s girlfriend with one’s best friend is apparently not that big of a deal, nor is suggesting a threesome with your ballet teacher.

Sometimes, the series tries too hard. It tries too hard to be edgy and different, and thus forgets to focus on what is really important – its reliability. Because of how paper-thin the characters’ personalities are, it’s near impossible to relate to any of them, and that’s a shame, because the potential for good character arcs was demolished this way.

Still, if you like a good mystery and you are intrigued by the world of ballet, Tiny Pretty Things is not a bad choice for a rainy weekend.

If you like Tiny Pretty Things, then I recommend…

Symphony of the Departed (Allegro Academy Book One). 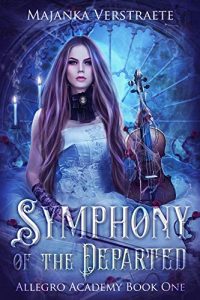 I didn’t want to believe it at first. This school is my one chance to fulfill my life-long dream of becoming a famous violinist, and it’s a miracle I passed the auditions in the first place.

Still, no matter how much I try to deny it, the eerie noises in the night, the trance-inducing symphony written by my friend Dante without him even remembering it, the creepy cemetery on the property and the off-limits and boarded-up wing are all proof of the haunting.

When the ghost takes an interest to me, I have no choice but to get to the bottom of this mystery, even if that requires delving into the academy’s blood-soaked past.

Gorgeous, swoon-worthy Nate may know more about the academy’s history, and I suspect my new friend Dante is also hiding secrets that are linked to the academy’s past.

Who can I trust when the ghosts of Allegro Academy want me dead?

Why is it perfect for fans of Tiny Pretty Things?