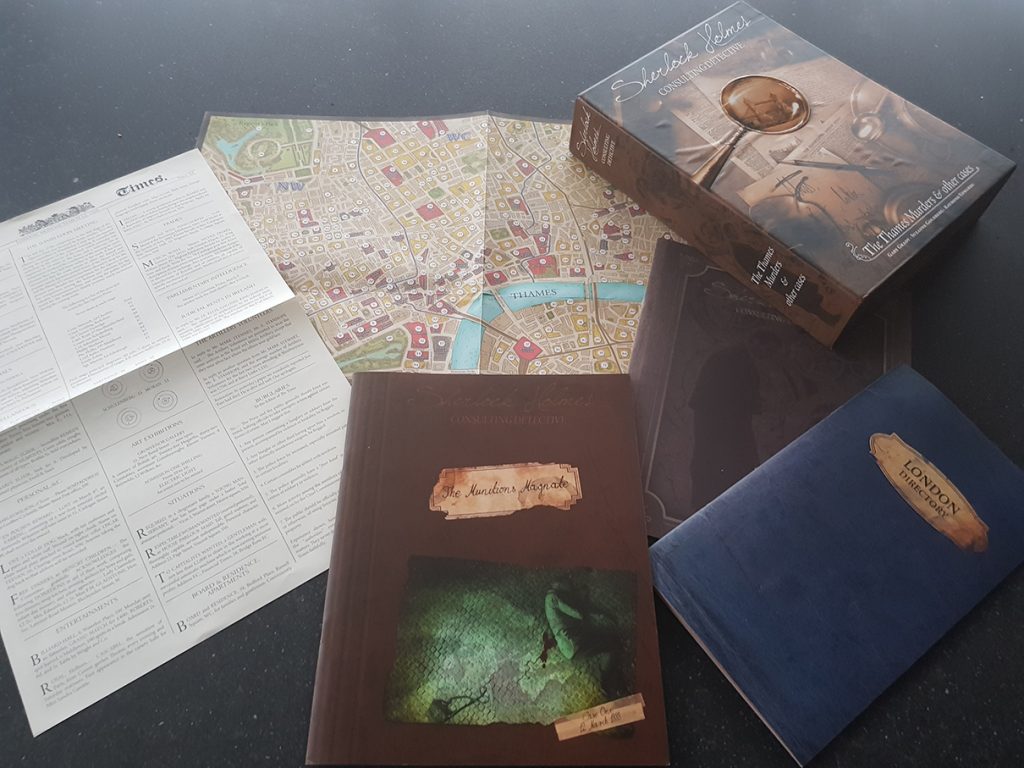 I wasn’t hooked on the first case. It was atmospheric, I liked the historical tidbits interwoven in the mystery (you do get to meet real historical figures while you try to solve these cases), and the use of The Times with potentially helpful newspaper articles was a nice touch, but the case didn’t win me over. Maybe it was because I was still getting used to the playing style, or just because this case wasn’t entirely my cup of tea, but I found a lot of other cases in this base game that I liked a lot more.

Anyway, on to the first case: The Munitions Magnate. 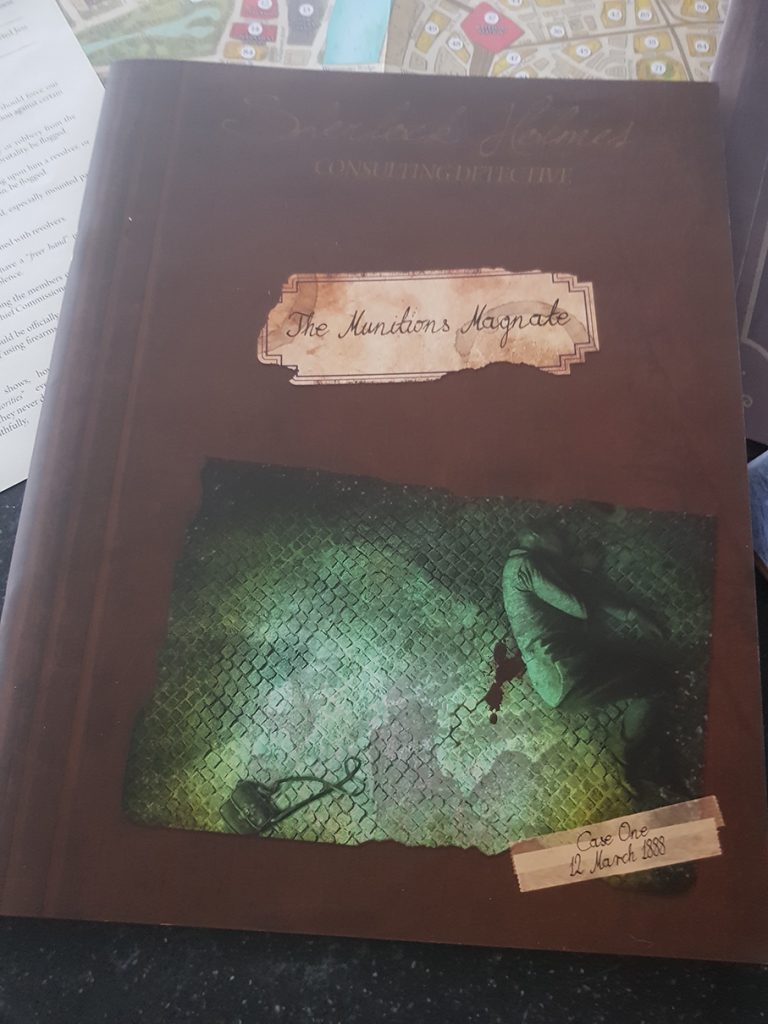 The first case has one of the longest introductions of all the cases. We meet Mr. Richard Allen, brother of the late Courtney Allen, president of the Grant Arms Company. Courtney Allen was apparently shot to death, and this is the case you have to get to the bottom of. The police are convinced Courtney’s death is the result of a robbery gone wrong, but Richard suspects other motives were behind his brother’s murder.

This is one of the few cases where you’ll start off with more clues than you can reasonably follow. Even the introduction already gives five or six leads that you can check out: visit the arms’ company, you can visit Captain Egan, the cigarette found at the crime scene, the plant, and lots more. There’s certainly an abundance of clues to be gathered from the introduction alone, and soon enough, you’re thrown in the middle of Victorian London, rushing from one clue to the next, trying to solve the mystery.

Be aware though that you don’t let yourself get caught chasing a red herring. Sometimes the answer is rather straightforward, even if it’s a Holmes-inspired game.

Some downsides to the game were immediately apparent:

I will not spoil the answer for you, but after circumventing some red herrings, we managed to come up with a solution to the questions asked in the back of the booklet. Opening the solution showed that Holmes had come to the same conclusions, except he had done so by taking some major leaps of faith.

Holmes may be fast, but the man is far from thorough.

This first case is an interesting foray into the world of Sherlock  Holmes, but compared to the other cases in the box set, it’s rather mediocre.