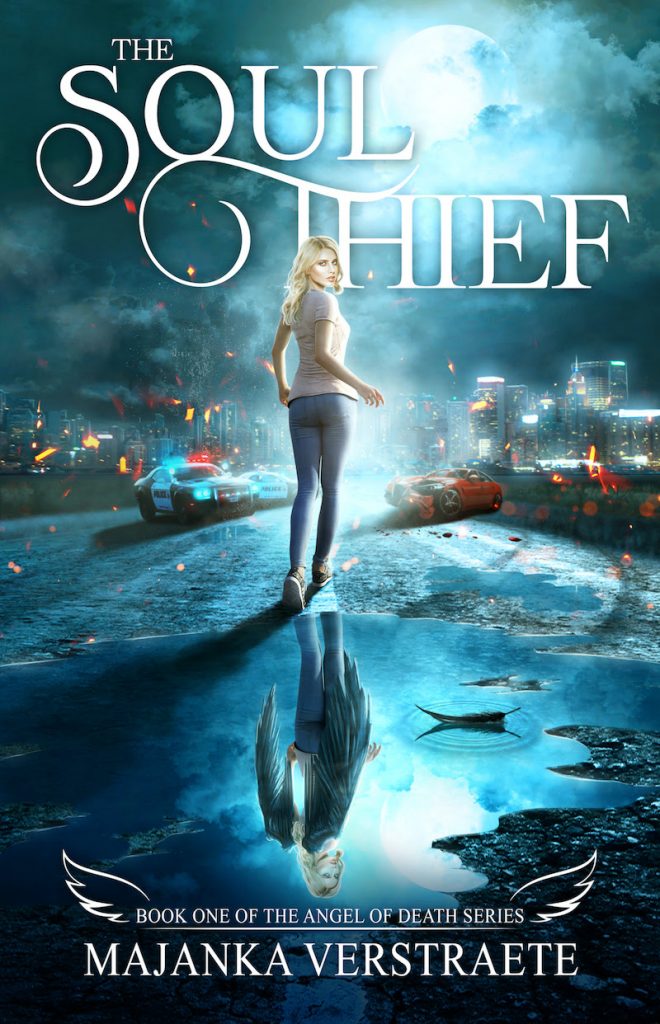 While I shared the re-release of The Soul Thief just about anywhere on social media, of course I forgot to post about it on my blog. Typically me.

Anyway, The Soul Thief had a major book cover make-over and got released again through my current publisher, Firefly Hill Press, on May 26, 2020!

When seventeen-year-old Riley is injured in a car crash and sees a girl stealing a boy’s soul, she’s convinced she’s hallucinating. But when she sees the same girl at the hospital later, she knows she wasn’t dreaming. That’s when Riley learns her secret heritage and who she really is: a halfling Angel of Death.

Check Out The Adventures of Marisol Holmes Series also by Majanka Verstraete
1. A Study in Shifters
2. The Sign of the Serpent
3. The Wolf of the Baskervilles

Get your copy of The Soul Thief here.