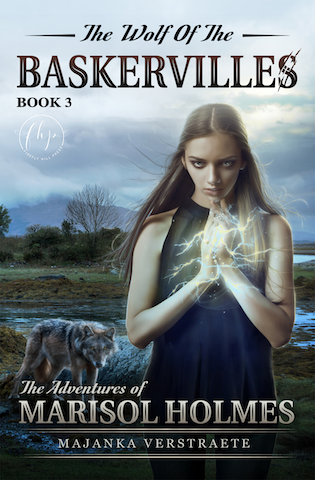 New Release: The Wolf of the Baskervilles (The Adventures of Marisol Holmes #3) 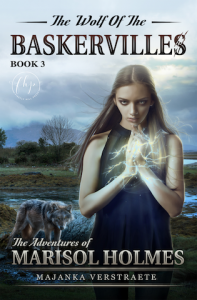 🐺 “The Wolf of the Baskervilles” 🐺 the third book in The Adventures of Marisol Holmes 🧐 releases today!

Get your copy here: https://amzn.to/3bGmW0t

Marisol Holmes, great-great-granddaugther of Sherlock Holmes and jaguar shifter, is being held captive in a castle belonging to her mortal enemy Mannix, surrounded by people who want her dead. Meanwhile, Mannix’s sidekick Indra is roaming around, pretending to be Marisol.

The more Marisol learns about Mannix’s plans, the more she realizes she has to stop him at all costs. Underneath the castle is an underground labyrinth filled with riddles that were once solved by her famous ancestor, Sherlock Holmes. The labyrinth holds the powers of ancient mythological creatures, similar to the power held by the Sigils.

Mannix having access to the might of the legendary wolf Fenrir is bad enough, but to allow him access to other, similarly magnificent powers, is a recipe for disaster.

Marisol will have to do whatever it takes to stop Mannix, even if it means risking her own life.