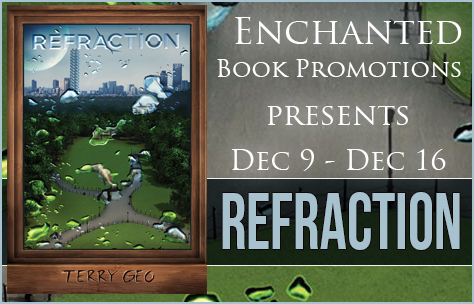 I don’t believe I ever chose to be a writer; it was just something that evolved naturally. From an early age, I was writing. By the time I was 9, I was creating complex fiction and killing off the main protagonist – much to the horror of my teachers and parents. At 11, I wrote my first play which was performed in front of the school and the following year, I sent a novel to a publisher. It didn’t get published, but they did send a lovely rejection letter, which spurred me on.

Because I always knew I would end up being a writer, I did a lot of other things before getting here. There was so much I wanted to experience, so many things I wanted to do with my life. Writing, I knew I could do that, but what else could I do? I worked in TV as a producer, director and presenter, I was in a pop group and I travelled the world as an actor. In the background, was always writing. Journalist, blogger, reviewer; and then in 2017, I wrote a musical for the London stage. As big a challenge as that was, it was nothing compared to finishing Refraction. Unlike a script, everything has to be perfect in a book, as thousands of eyes will be reading/scrutinising my work. Is that comma in the right place? Is that made-up word the same throughout the book? Would that character say that? It took three months of edits until it was finally ready to be published.

It’s the first (and the middle) story of three books. At the very beginning of Refraction, before the introduction, is a page which simply reads The Present. The next one will be The Future and the final one, The Past. Although this is a trilogy, there are no major cliff-hangers at the end of each book. I wanted them to work as stand-alone novels, with an over-arching story thread linking them all together.

3) How does your book stand out from other books in the same genre?

This isn’t what you would call traditional sci-fi, it’s real-world science fiction. Refraction is based in modern-day London with a fictitious story revolving around dreams. It’s actually very grounded with relatable characters in the first half of the book and then the fantastic takes over, a little like Charlie and the Chocolate Factory. I did a lot of research to make it as believable as possible and then explain it all in my writing, making it understandable for the reader. We all have dreams and I imagine all of us have wished we could bring some of them into the real world; this book explores that thought – to the extreme!

Yes and no. The four main characters all have traits from me, but none of them are specifically based on real people. Of course, when we get to the dream apparitions, they are based on their respective real-life counterparts; whoever or whatever they may be.

If you’re new to writing, hone your craft. Write anything and everything you can. Start a blog, jot down story ideas, write poetry; whatever sparks your interest. When starting your first novel, it’s important to keep yourself motivated. This is tough work – it’s not an easy profession at all. It can also feel quite lonely at times and the sheer amount of work you need to do to get to the end can be daunting, especially when you’re starting out. Don’t let it stop you achieving your goals. Take your time and just keep writing. (I’m so thinking of Dory from Finding Nemo right now!)

Most stories start at the beginning; this one begins at the end. At least for Maria. Her sudden death sends shockwaves through her family and pushes her grieving mother to the very brink of insanity. After exhausting every avenue conventional medicine has to offer, Maria’s father, Henry, brings together the world’s greatest minds in the hope of carving out a new path. Months pass, and as Henry watches his beloved Elena slowly drift away, he begins to lose faith. It is only then that a solution presents itself. A discovery so momentous, it saves Elena and reveals the most important scientific and technological breakthrough in modern history.

Silicate is founded; a privately funded facility which delves deeper into the human mind, able to discover answers to questions we are yet to ask. Securing Silicate’s secrets becomes of utmost importance; even after treating hundreds of patients, the public are still unaware of the wonders and terrifying reality Silicate has unearthed . . .

The world you know is only half the story.

Born in Derbyshire, raised in Yorkshire, resides in London, Terry learned from a young age that he was different from his peers. He preferred the company of girls over boys, didn’t like sports and would write at every opportunity. He was bullied throughout his school life both physically and verbally and had to deal with the cruelty of others from an early age.

Terry Geo wrote and directed his first play at age eleven. At sixteen, he started work in television, writing scripts and becoming the youngest director in the country. Terry applied for a job while taking his final exams and started work in television the week after he finished school. For the first time in his life, he found a world where he could shine and be accepted for who he was. He came out as gay to his parents the following week and never again hid his sexuality from anyone. At seventeen he became the youngest director in the country, producing a light entertainment show for Yorkshire Television. After a short stint in a boyband, Terry went back to writing, editing two national publications. He toured the world as an actor, moved to London and in 2017, wrote and directed a musical for the London stage. A year later, Terry married Ken, the love of his life, in London. After their honeymoon in Thailand, he returned to a book he had started some years before. In January 2019, his cat Megara sadly passed away. This hit Terry hard and in memorial to her, he wrote her into the book he was writing. She is now a part of Terry’s debut published novel, Refraction.