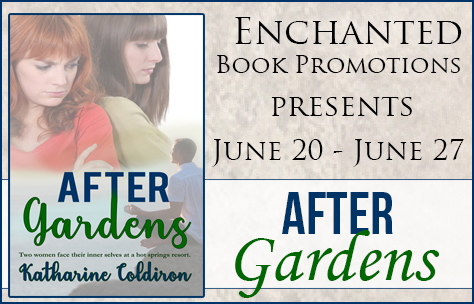 I’ve always been convinced that I had something to say. Maybe a little too convinced! That’s what’s led me to write about all kinds of things for all kinds of reasons. A lot of people say that they started writing after reading a book that made them sure they could do better. That’s almost never happened to me. Instead, I feel like I want to be part of the conversation all those books are having with each other.

Even though I’ve been writing stories since I was seven years old, I didn’t really understand that writing was a career, properly, until my late twenties. It took several more years for me to build up enough knowledge and experience to leap into doing it full-time.

It’s a stand-alone, just a single story. It comes from a time when I was much more devoted to fiction stories than I am now, and particularly to fiction stories longer than the standard 5,000 words but shorter than novellas. About the same time as I wrote “After Gardens,” I wrote another story of the same length with a very different topic: a woman who fakes having a sick daughter to drum up sympathy from the internet. Kind of like The Act, except in my story the daughter doesn’t even exist.

But for “After Gardens,” I wanted to tell a really quiet story, something where the characters’ changes were internal and not terribly dramatic.

I found out in trying to place this story that most women’s fiction is in novel form. Because I’d only written 8,000 words, instead of 80,000, and because the story’s language was more approachable than in the usual literary short story, I had a really tough time finding a home for it. (Thank you, Wild Rose Press!) So I think it stands out for being as short as it is in a genre that’s typically much longer.

Also, I don’t think there’s a lot of fiction out there that talks about how women feel about their bodies after they get divorced. I think I’d have a hard time showing my body to someone else after only one other person had seen it for years, but that person was never going to see it again. Having a husband doesn’t mean my body belongs to him and not me, but it would still be weird to think about how my privacy about my body would change if he didn’t see it anymore.

Not really. I have a couple of friends who, like Maya, don’t interact much if they’re not saying proper and normal things, but I wasn’t thinking of anyone in particular when I created her. I was mainly thinking about how to build strong but realistic opposite characteristics between Maya and Rhondey. The brassier I made Rhondey, the more Maya withdrew into propriety.

Oh, golly. Get used to rejection is the main one, even though it’s pretty common advice. Most of what happens to a writer is rejection, and you can’t succeed without really understanding this. Learn how to let go of something once it’s finished—at some point you have to write the next project instead of dwelling on the last one. And don’t listen to just one source of advice. No one doling out advice will have the exact same situation as you, so you have to read a whole lot of it and then decide what works for you.

Maya, a weekend at a hot springs with her boisterous friend Rhondey is just what she needs to move forward after her divorce. For Rhondey, it’s an opportunity to help Maya cut loose a little, shed some of her inhibitions. Maya doesn’t see the need to shed anything, and she’s not looking for a teacher. But the more Maya clings to her privacy, the more difficult it is for her to recognize her true teachers…and the right moment to step free.

Katharine Coldiron’s work has appeared in Ms., the Times Literary Supplement, the Rumpus, the Manifest-Station, horoscope.com, and many other places.