Last week, my boyfriend and I went on a small weekend trip to Bilzen. For anyone who’s not from Belgium, you’ve probably never heard about Bilzen before. It’s a quaint, small village located near the border of Belgium and the Netherlands.

The reason why I wanted to post about this trip is because I feel like I don’t post enough personal stuff here. Sure, it’s my author blog first and foremost, but it’s also about me, and I want to share more about myself and my life with you. So, here we go. 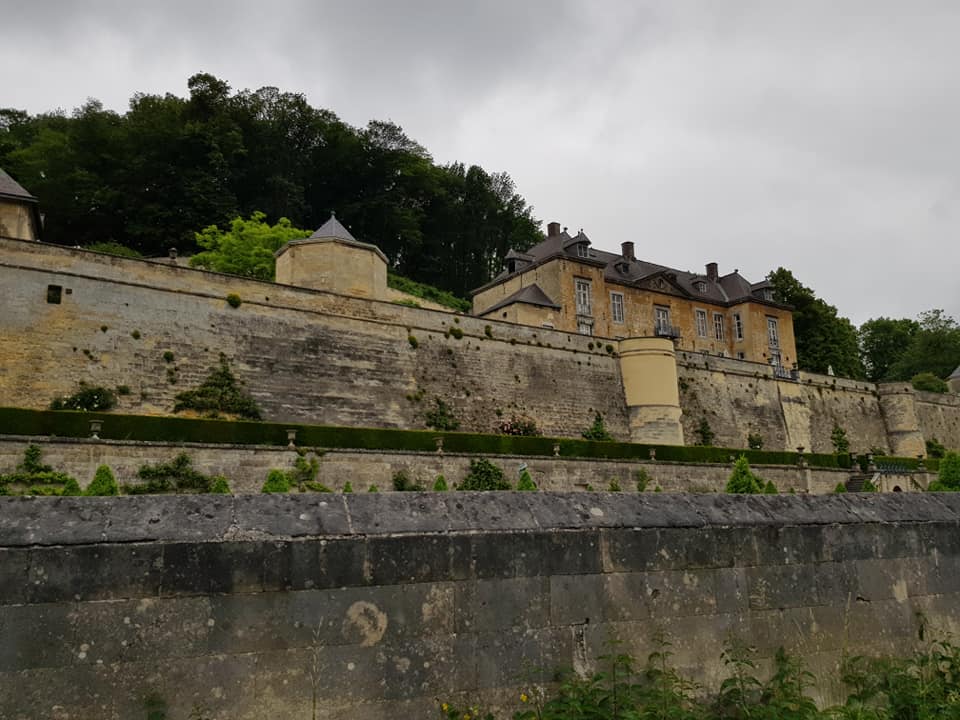 On the first day, we actually drove a little further than Bilzen (where our hotel was located) and started by a visit to Kanne, an even-smaller town where you can actually cross the border between Belgium and the Netherlands. We were actually looking for caves in Kanne (which were closed, unfortunately) but imagine our surprise when we rounded a corner and saw this marvel.

This is why I like traveling so much. I’d done research prior to heading to Bilzen on what we could visit near our hotel, but I hadn’t come across this… You always manage to find some hidden secrets while traveling, and I love that.

The castle of Neercanne is quite unique. While we could only visit the gardens and the outside area, it’s still quite an experience. There’s also a renowned restaurant inside the castle (you best book a spot beforehand, though) and the view from the terrace is stellar. 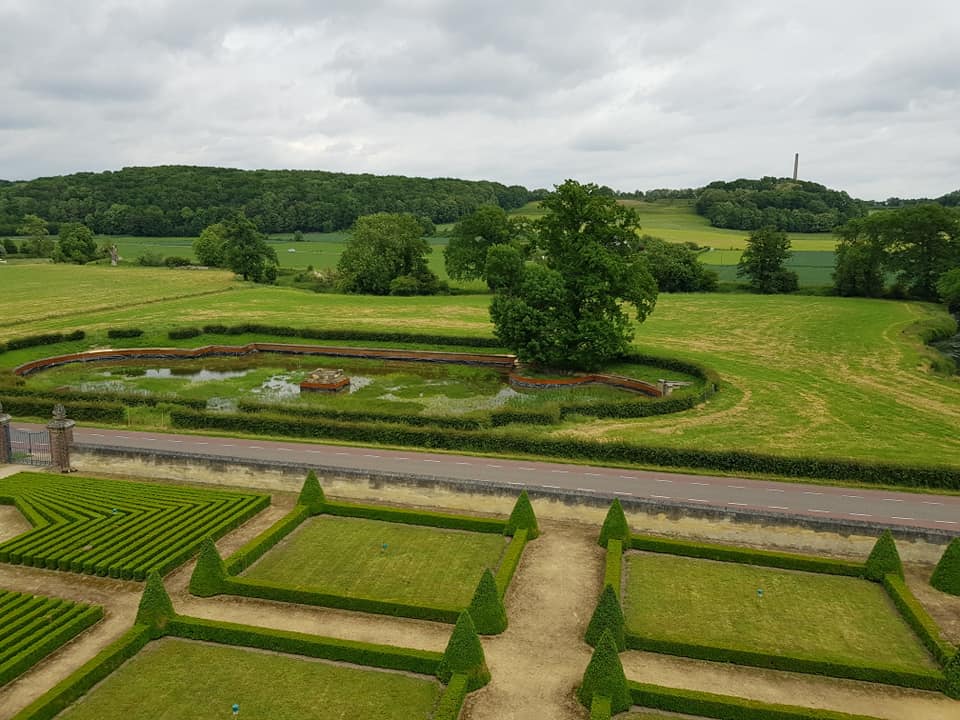 I mean, this view. Too bad the road is in between, because I bet in the past, the pond across belonged to the castle gardens as well. The castle of Neercanne is actually, just to give you some trivia, the only terrace castle in the Netherlands. The Romans (yep, Julius Caesar and his companions) already had a fortress of some sort in this exact same spot, including caves which are now still being used as wine cellar.

After visiting the castle in Neercanne and uncovering that the caves we had actually come to visit were closed, we decided to stop for icecream. Because despite the rather gloomy-looking pictures, the weather was actually quite nice. 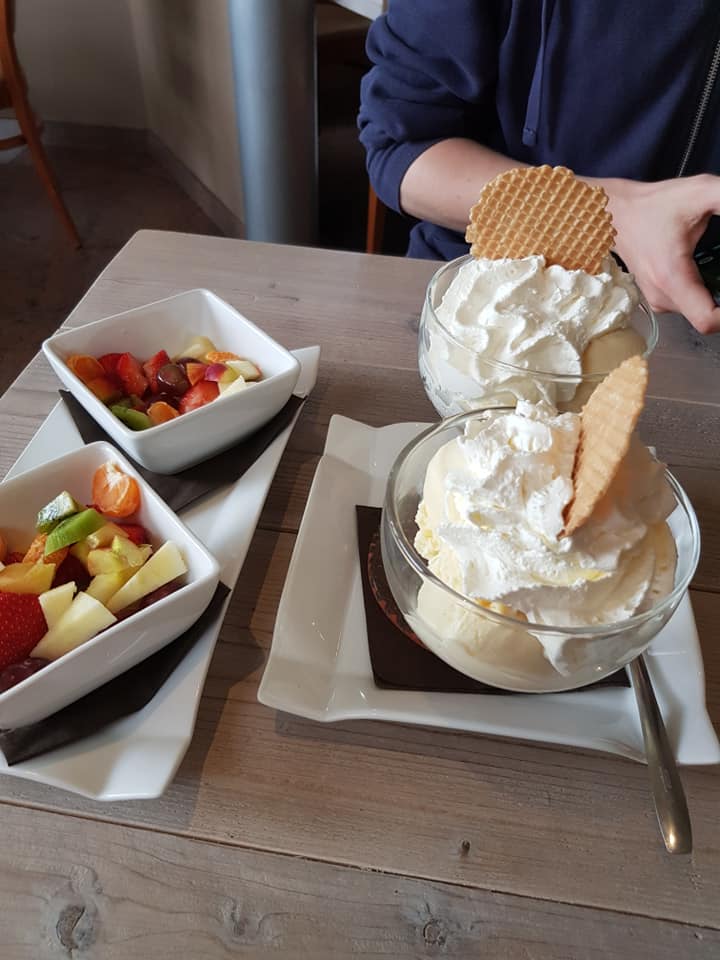 The icecream was quite nice too, by the way. We stopped at an ice parlor called Hild’Ice at Kanne, and this was the most delicious icecream I’ve had in years.

We decided to head to the fortress of Eben-Emael next, a military fortress which was bulit in the interbellum, around 1935. According to the opening hours on Google, this was supposed to be open.

We weren’t the only people lured there by the wrong opening hours, though. Quite a few families were stranded there, but thankfully we uncovered a path leading up the fortress where we still found a few remnants of the fortress that we could see, such as this building. 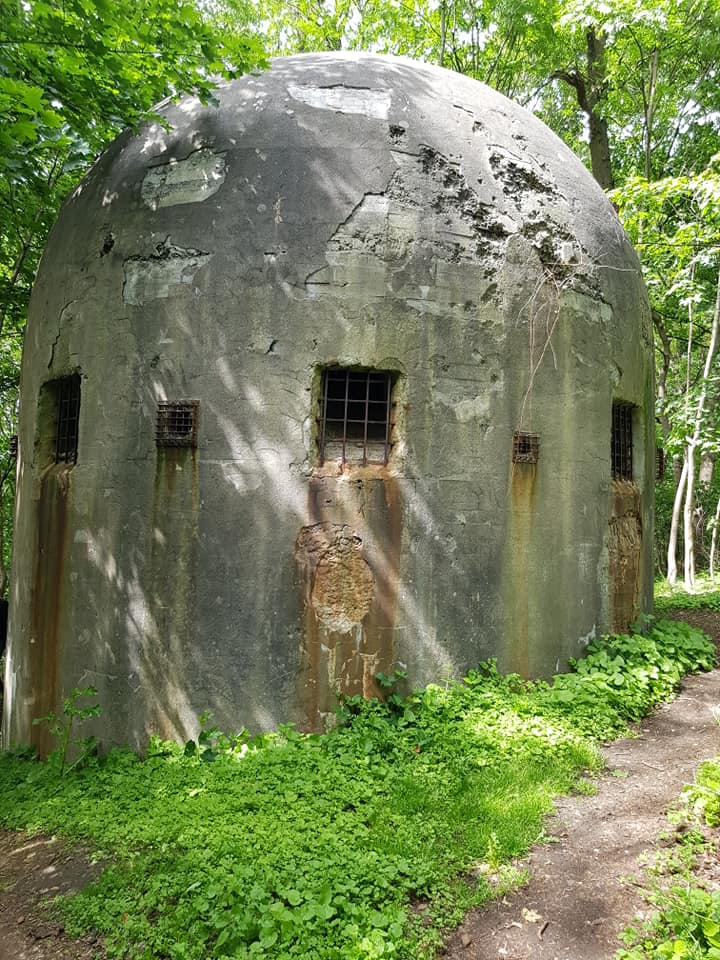 Despite being an impressive fortress by the looks of it, during World War II, the fortress was actually captured in less than 15 minutes by German troops. Oops. 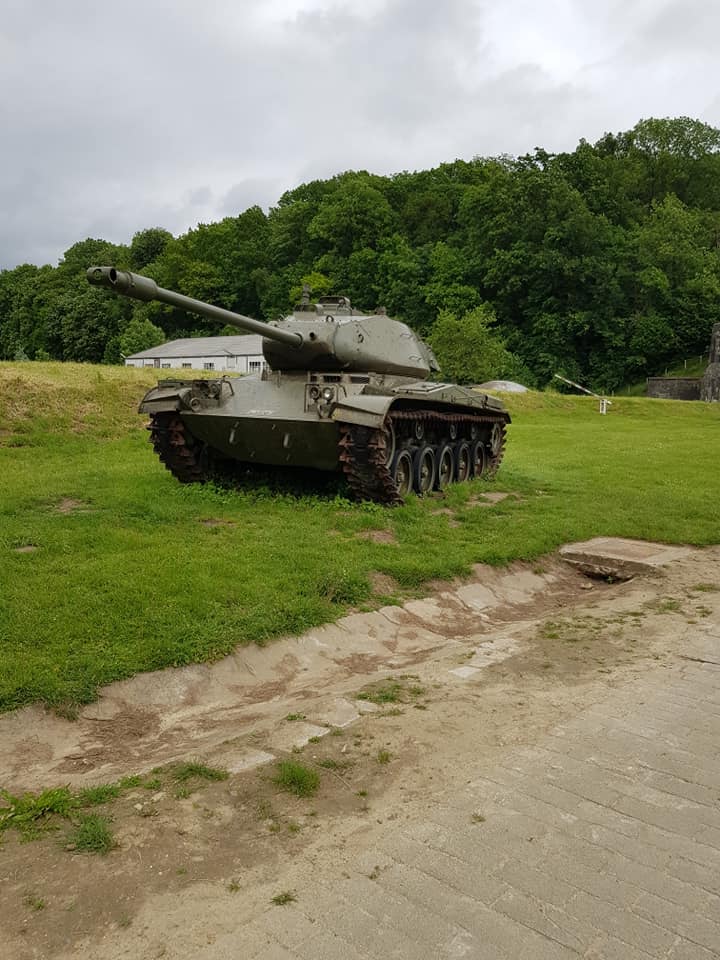 After visiting the fortress (a rather short visit considering we could not do the 2,5 hour tour, which was the time we’d planned for this), we headed to our hotel, in Bilzen.

The hotel we stayed at was called ‘Martin’s Rentmeesterij’, and it was actually a pretty nice hotel. I’d purchased a coupon online so we could stay there rather cheap, and I was not dissapointed. It wasn’t the best hotel I’d ever stayed at, not even the best Martin’s hotel I’d stayed at (Martin’s is a chain of hotels, and I’ve stayed in quite a few of them before) but it was certainly not bad.

The room was large and modern, with a queen size bed and wooden flooring (thank God no carpets!). The breakfast buffet was phenomenal. The major downside, though, was the bathrom. It was small, there was a window right to the side of the toilet/shower (and while you could close the screen, you could still look through the screen, so it was not very comfortable). 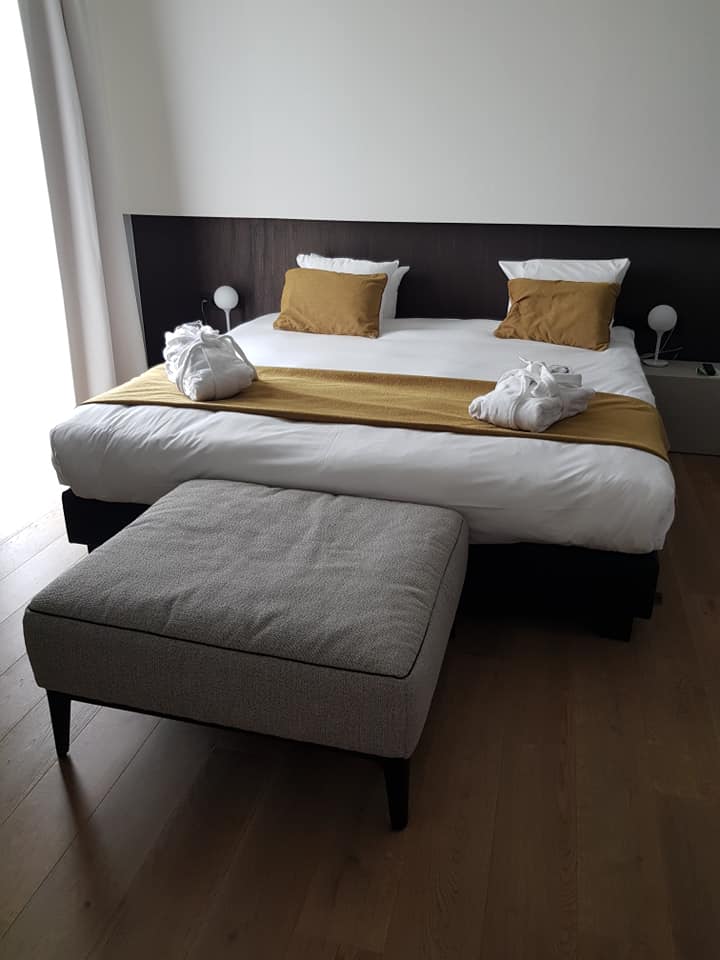 Despite that, I still recommend it, and if you want to be close to our final destination for the day and the main reason why we had gone to Bilzen in the first place, then it’s the best hotel in terms of location.

Unfortunatley, and another downside of the hotel, while they advertised they had a restaurant and a bistro where you could grab a quick bite, both were already fully occupied and we could not book a spot for the first nor the second night we stayed there. Which meant that we had to go back to the town of Bilzen itself (which is about 2-3 km away, but luckily we came by car) just to grab some dinner.

After dinner, we headed back to our hotel and chilled in our room until ten o’clock, when we had to go to the true spectacle for which we’d come to Bilzen to start with: Bilzen Mysteries.

Bilzen Mysteries is a nightly event that happens at the Alden Biesen Castle, during which you can tour the castle armed with a tablet and uncover the history, myths and stories related to Bilzen castle. It was actually quite fun. 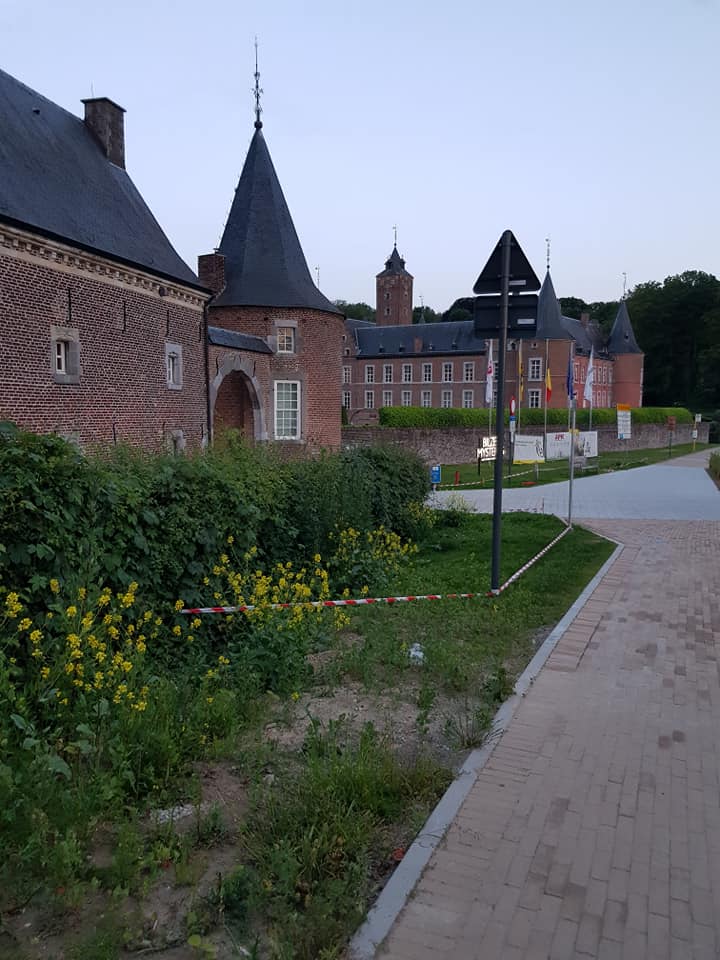 It was not that dark yet when we arrived at the Alden Biesen castle for our tour. The castle is actually a commandery, and it was founded by the knights of the Teutonic Order. A crusade was launched from this very location. The building tragically burned down in 1971, but the government bougth it and restored it to its former glory. 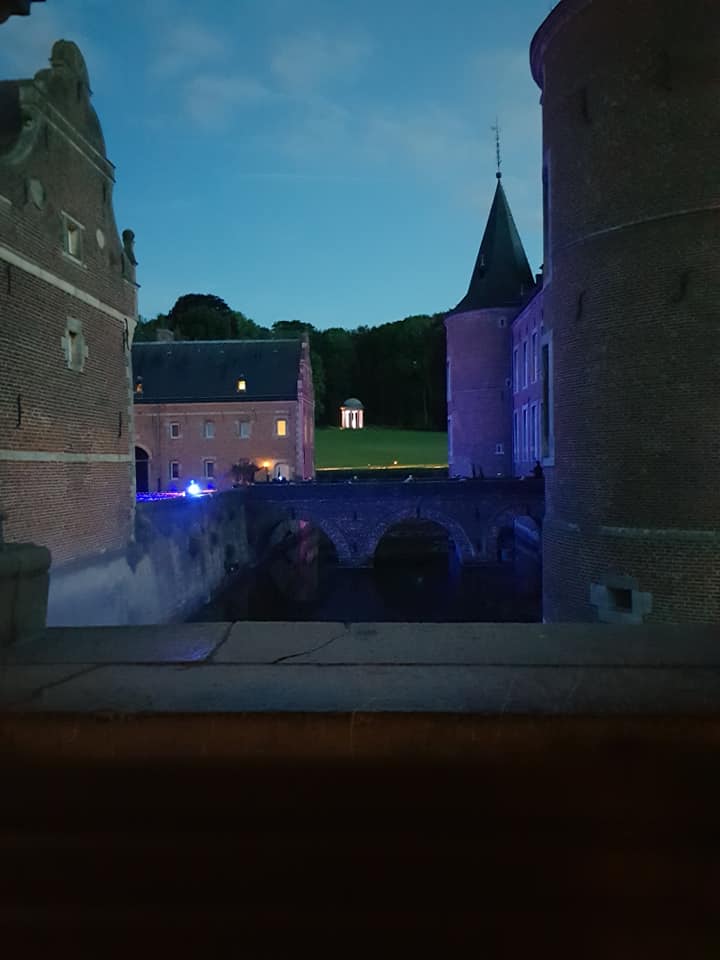 Midway through the tour, it was already quite dark, and the lights lit up everywhere. I particularly liked how the small garden house in the back was lit up. The atmosphere was very nice, romantic, calm, tranquil, and it was pleasure to take this tour in the dark. We also saw quite a laser spectacle at the end of the tour.

If you’re interested in finding out more about the mystery (and maybe you’re heading to Belgium some time soon), the website where you can buy tickets for this event (and you have to buy tickets beforehand), is Bilzen Mysteries. I recommend it, especially if you’re heading to Bilzen or one of the neighbouring towns anyway.