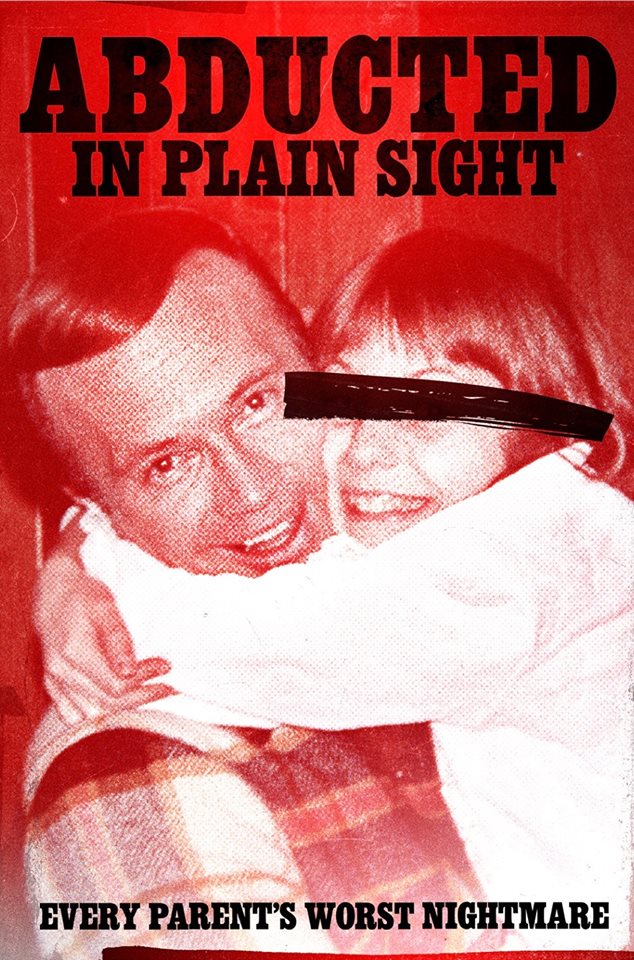 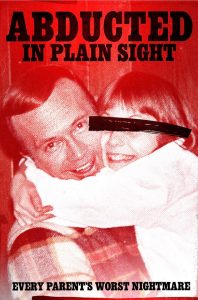 It doesn’t happen often that when I watch a TV Series, I want to grab my screen and smash it to pieces. I can watch gruesome accounts of murders, and barely blink. I can see characters make the stupidest mistakes in the history of mankind, and just shrug it off. But what is so disturbing about the choices made by all the people involved in Abducted in Plain Sight is that this is real. This happened to real people. It’s not fiction, it’s reality, and that’s what got to me the most. Netflix advertised this documentary as being “stranger than fiction” and indeed, it is far stranger than anything fiction could ever imagine; and that’s what makes it so harrowing.

The Broberg family is an average, normal family. They go to church every Sundays, they love spending time with each other, and yes, maybe they’re a bit naive. Or, very naive as becomes clear later. But at the start, they’re a pretty normal family. Three children, Mom and Dad. It’s the encounter with their neighbors, in particular Robert Berchtold, that will change their entire lives. The Brobergs and Berchtolds become friends very fast: both families have children in the same age range, and Robert Berchtold, nicknamed “B” by the Brobergs, is almost like a second father to Jan and her siblings.

But “B”‘s interest in the Brobergs is far from innocent. He manipulates himself a way into their lives: by urging the father of the family, Bob, to perform a homosexual act on him, which Bob is so ashamed about that he would do anything not to have his secret revealed. B manipulates Mary Ann, the mother of the family even more, starting an affair with her, and trying to convince her he’s in love with her. But in reality, the one person B is after is neither Bob nor Mary Ann: it’s their daughter, Jan.

B first kidnaps (yes, I said “first”) Jan in 1974 while supposedly going horseback riding with her. He keeps her with him for several weeks, making her listen to tapes recorded by aliens that tell her she should have sex with B in order to produce a child, and that child will somehow save the world. It all sounds very out of this world, but for a gullible child like Jan is, the threats of these aliens to kill her family if she doesn’t comply sound all too real. B even tries to marry Jan in Mexico, where one can legally be wed as of the age of 12.

Stunningly, the Brobergs don’t file a missing person’s report right away. In fact, it takes several days – they’re so brainwashed by B that they believe this is all just a big misunderstanding and that he’ll bring back their little girl safe and sound. Even after police get involved, the Brobergs don’t want to believe B did anything wrong. This is disturbing, it’s even disturbing just to hear Bob and Mary Ann repeat this out loud in front of the camera. B, who up to that point had already been sleeping in bed with Jan for several nights a week – because his psychologist had told him this would help him get over abuse he suffered as a child, and the Brobergs had (although they found the request strange) allowed him to do this. It’s baffling. It’s enough to make you want to hurl your remote control at the TV, if not worse.

B is eventually arrested in Mexico for the kidnapping of Jan who, by this point, is so brainwashed she believes she has to free him, and she’s not allowed to tell anyone about the threats the aliens made and she complies, fearing if she doesn’t, the aliens will hurt her family. The Brobergs eventually retract their charges, another mind-boggling choice by them that is inspired mostly by naivety, but a naivety that has disastrous consequences.

Things get even worse when B keeps stalking Jan, and her parents eventually let him see Jan again for fear of retaliation if they don’t comply. They basically allow the pedophile to presume his relationship with his victim, even eventually kidnapping her a second time. The story is so out of this world that I can’t even bring myself to write down the rest of it – just go watch it and judge for yourself.

Watching the documentary was frustrating most of all because of the Broberg’s naivety. Although, hindsight is 20/20; I can understand them not seeing the signs before the first kidnapping (as Bob put it during the documentary, no one even knew what a pedophile was back in those days), but some of the behaviour afterwards is just… Well, it’s heart-breaking, really. Jan deserved better. From her parents, from the community, even from the police. I think it’s brave of the parents that they wanted to participate in this documentary, and you can clearly see the hurt on their faces and the guilt, but one of their daughters summed it up quite well when talking about the ordeal Jan went through after the first kidnapping. The parents didn’t press for more details, they were too afraid to know. And that’s what they did this entire time: bury their heads in the sand.

If it was fiction, I would’ve complained how far-fetched the story was, and how unbelievable it was that people could be this gullible. But it’s not fiction, it’s facts, and that just makes it sad and heart-breaking and incredibly difficult to watch.