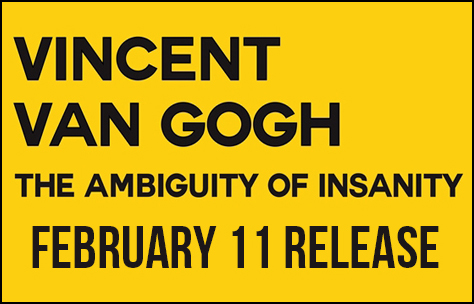 Why van Gogh’s Death Still Remains Controversial to this Day 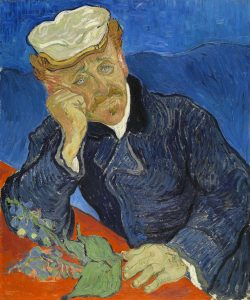 On the evening of July 27th, 1890, Vincent van Gogh walked into the Auberge Ravoux, the hostel in the French village of Auvers-sur-Oise where he had been lodging , clutching his stomach.

Clearly in distress, he managed to get back to his room, where he collapsed in bed. When the inn-keeper came to check on him, Vincent showed him a chest wound and admitted that he had tried to kill himself with a revolver, lent him by the innkeeper Ravoux, earlier that day. His physician, Doctor Gachet, was called for but upon seeing the injury, declared it to be a hopeless case. His diagnosis proved correct, with van Gogh dying in the early hours of July 29th.

Since that time there has been a great dispute surrounding the circumstances of his death. Largely, this revolves around whether it was an intentional, or unintentional, act. Did he truly mean to kill himself, or was it a momentary lapse of judgement that had a tragic ending?

It is certainly true that in the months leading up to his death, van Gogh had been in a much more positive state of mind than when he had left the asylum in nearby Saint-Rém, as his letters to his brother, Theo, attest.

However, it is also clear from that celebrated correspondence that, in the days preceding the shooting, Vincent’s fragile mental health had, once again, been deteriorating. Though this is not proof that he intended to commit suicide, there are two other letters dispatched by his brother Theo – who attended his brother on his deathbed –  that provide as much certainty as we can ever hope for.

In a letter to his sister Lies, Theo recounts that Vincent, “himself wanted to die. When I sat at his bedside and said that we would try to get him better and that we hoped that he would then be spared this kind of despair, he said, ‘La tristesse durera toujours’ (The sadness will last forever). I understood what he wanted to say with those words.”

Theo’s wife, Johanna, also recalls in her memoir of December 1913 a letter from Theo that was dispatched after his arrival at the Auberge Ravoux: “Poor fellow, very little happiness fell to his share, and no illusions are left him. The burden grows too heavy at times, he feels so alone.” Theo followed this up with the following letter to Jo when his brother had died: “One of his last words was, ‘I wish I could pass away like this,’ and his wish was fulfilled. A few moments and all was over. He had found the rest he could not find on earth.”

Perhaps the final word should go to Adeline Ravoux, the innkeeper’s daughter. She was 13 at the time that Vincent died but clearly recalled the incidents of July 1890 in an account written when she was 76 years old. She recounts that on the morning of July 28th, two gendarmes visited Vincent to question him about the attempted suicide. She reports that in answer, he replied: “My body is mine and I am free to do what I want with it. Do not accuse anybody, it is I that wished to commit suicide.”

Vincent Van Gogh: the Ambiguity of Insanity by Giuseppe Cafiero is out now as an audiobook on Amazon, Audible.com and iTunes

An abrasive itinerary of the presence of women, the landscape and obsession. Such are the internal paradigms that went through the compelling life of the Post-Impressionist painter Vincent van Gogh.

Not flesh and blood women, but the woman as a guide: Mrs. Jones, the woman as a mother; Kee Vos; Christine Hoornik of Siena; Margot Begemann. The Portrait-women such as Augustine Roulin and Madame Ginoux. And then the backgrounds, endless, unforgettable in this genius’s works: Isleworth, Amsterdam, le Borinage, Arles, St. Remy, Auvers-sur-Oise, where Vincent van Gogh spent his life trying to capture the colors, the atmosphere, the light.

The pain of finitude and his obsession with achieving redemption through art, with intimate and stormy religiosity, with brotherly love, with the French noon sun and, in short, with death. A hard-working and unwavering life where art interacted, in a painful gesture, with the iron will of a hand that never lost its way.

The life of a beloved and devoted man, silenced by the anguish and despair of creation, who could only find peacefulness when he found his own death.

Vincent Van Gogh: the Ambiguity of Insanity is a fictionalized biography and gripping novel of the life of the Nineteenth-Century Dutch painter Vincent van Gogh. The author, Giuseppe Cafiero, draws a psychological portrait of the Post-Impressionist painter through the women that marked his life and the cities in which he lived.