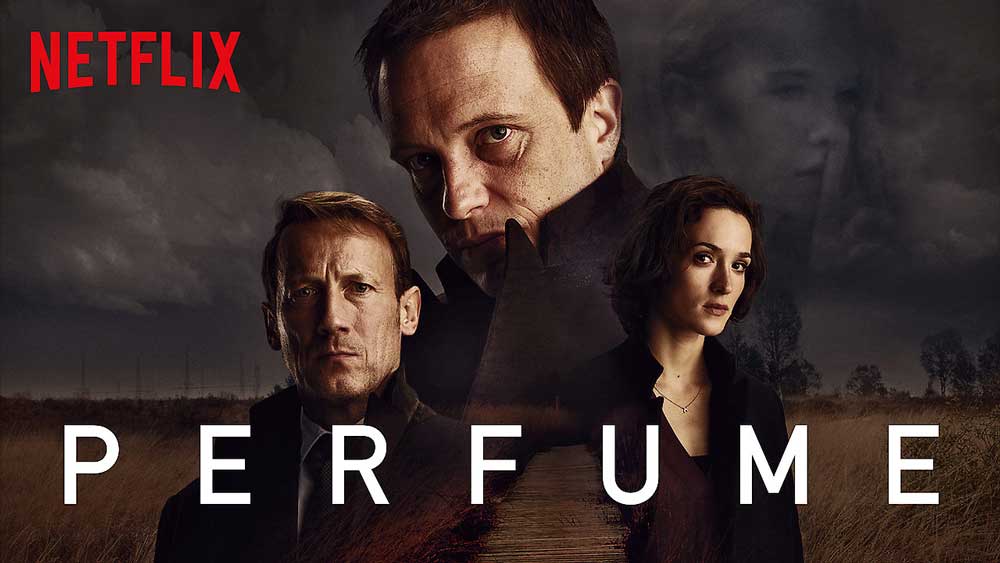 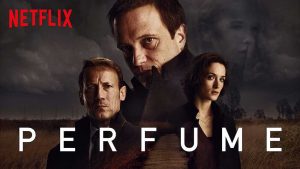 “Perfume” is a strange series to release just around the holidays. Christmas holidays makes you long for fluffy, warm, feel-good series, and “Perfume” is anything but warm and fluffy, or feel-good. In fact, it’s quite the opposite: cold, chilling, and with the uncanny ability to create an acute sense of unease for anyone viewing it.

Nadja Simon is a female profiler who is slightly reminiscent of Gillian Anderson’s character in “The Fall”. Nadja is detached, cold, but she also has a passionate side which is shown by highlighting her illicit affair with one of her colleagues. The only times when Nadja shows real emotion is during this affair, and it’s intriguing to see the two sides of her personality. In fact, we can get this double-edge for most of the characters. All of them are flawed. One abuses his wife frequently, hitting her and raping her, and then to top matters off, putting the blame on her. Another one of the characters is a pimp who owns a brothel and isn’t exactly friendly towards the prostitutes working for him.

Based on the novel “Perfume” but set in a contemporary era, you can already imagine that the story starts off with a murder. The murder here is of a beautiful young singer, Katharina, who apparently had a whole harem of men doting on her, all thanks to her extraordinary scent. The murder scene pretty much screams “this isn’t my first time killing someone” because the victim is left with her head shaved, deep sections of skin of the victim were taken from her underarms and vaginal region, and one string of hair of the victim was left behind. This all screams “signature”, but the only one who seems to follow this line of thought is Nadja.

Nadja meets a lot of opposition during her investigation, and if the story focused solely on the police investigation, it could be rather dull. However, the majority of the story focuses on the five: a group of friends who all knew Katharina and who all had motive and reason to kill her. There’s Roman, the wife-abuser I mentioned earlier, and his wife Elena who might have equally good reason for killing Katharina considering the latter was sleeping with her husband. There’s Moritz de Vries, a perfume maker who is obsessed with smells. There’s Daniel Sluiter, the one who didn’t seem like he fit in their friend group at all but for some reason was included, and who is still suffering from past traumas due to his friendship with the lot of them. And then there’s the pimp I mentioned earlier, Thomas Butsche.

Nobody is perfect, but it’s particularly bad here in “Perfume” where nobody can even be considered remotely good. Still, I quite liked that and the dark, unsettling feel it gave to the entire story. My favorite parts were the flashbacks that explained what happened in the past, and the strange connections binding five individuals who couldn’t possibly be more different from one another. The story isn’t afraid to shy away from some gore and the macabre, but this all seems to work in a strange, almost spellbinding way.

The only letdown about the series would be the ending, which was a tad predictable. I predicted it during the second-to-last episode, but I still enjoyed watching it unfold. The scene seems set for a second series, and I’m keeping my fingers crossed for that.

Fans of murder mysteries and the macabre should definitely tune in to this series. Even if it’s far removed from the fluffy feel-good we expect during the Christmas season, it’s still very strong, memorable and entertaining.