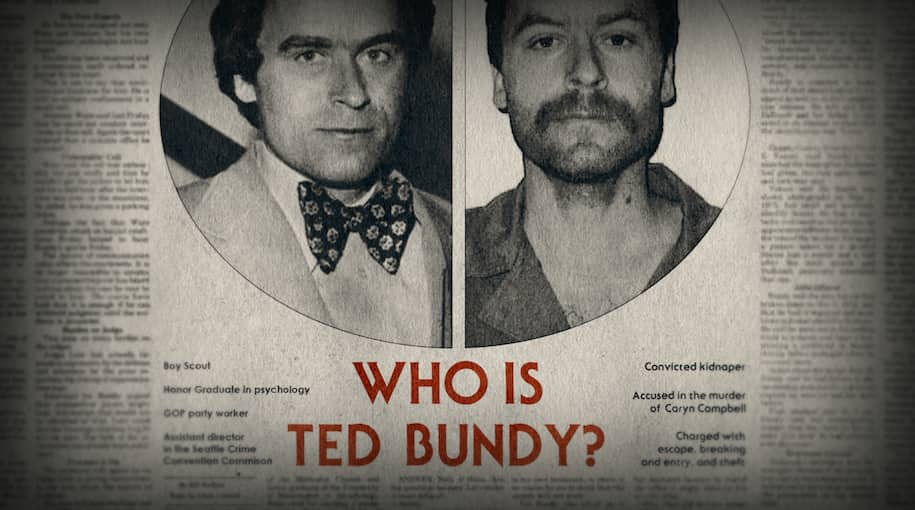 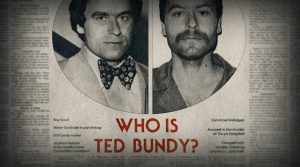 Everyone who’s ever been addicted to crime shows, be they true crime or fictional, has heard of the infamous serial killer Ted Bundy. Stalking young women in the 1970s, charming and alluring, a man whose friends and family strongly believed was innocent, Ted Bundy is still somewhat of an enigma. He studied psychology, was on the verge of finishing law school when he was first arrested and charged with kidnapping. Police believe he killed dozens of women – Ted himself confessed to about thirty murders, the day before he was sentenced to death on the electric chair, after proclaiming his innocence for a decade while on death row.

But who was Ted Bundy really? A man with a dark side he managed to hide quite well from his friends and family? A man who was controlled by his own urges, ruining his own escape by slaughtering two young girls and nearly killing two other young girls in a campus sorority home? Or, a man who was above all, cunning and manipulative as he managed to escape from police officers not once, but twice? A man who was complimented by the judge who sentenced him to death – a feat I’ve certainly never seen repeated before or after.

The new Netflix documentary, Conversations With a Killer: The Ted Bundy Tapes doesn’t really answer any of those questions and truthfully, I don’t think anyone, perhaps not even Bundy himself, could’ve answered them.

Starting with Bundy telling the viewers about his early childhood, painting quite an idyllic picture that is contradicted by a childhood friend of his, the documentary sketches a terrifying picture: a picture of a boy who was no different than anyone else, besides perhaps for the fact he never knew his father, a fact that Bundy clearly downplays and his psychiatrist is intent on making a great deal about. Was it a great deal for Bundy? The man is so mysterious that even that can’t be uncovered. Was this what drove him to kill young women? It seems far-stretched, because Bundy, if anything, had a great relationship with his mother which might’ve compensated for him growing up not knowing who his real father was.

Another peculiarity about Bundy is that he’s social. He fits in. He has girlfriends, two of them while he was on his murder spree even, killing girls who sometimes looked a lot like them. It makes one wonder how he can be romantic and caring toward one female and so destructive and violent toward another female in the next month. Almost like two different people exist inside him: Bundy, the social, kind, caring person, and Bundy, the ruthless, brutal murderer. But how can two such personalities exist in one individual?

Bundy didn’t just open people’s eyes to the fact that serial killers exist. That innocent young women can be killed for seemingly no reason except another person’s pleasure and satisfaction. And it also played an important role in getting the different county police forces in the United States to work cross-border, to combine their knowledge, a much needed skill to capture elusive killers who murdered people they didn’t even know. But more than that, even, Bundy opened our eyes to the fact that serial killers aren’t necessarily creepy loners hanging out in abandoned basements or derelict buildings.

Serial killers can be charming. They can be kind. They can have friends and families. This doesn’t mean they can’t also be monsters.

The Netflix advertisements about this show warned viewers not to watch it alone, focusing on the shock effect. The shock for me, however, didn’t come from Bundy, it didn’t stem from how he could seemingly so easily escape from prison twice, how he could stalk women across multiple states and dump their bodies carelessly in forests along the mountains for years without being caught. That is quite shocking in itself, but the way Bundy kept on playing everyone: the judge at his trial, his own defense team, the jurors, heck even me because sometimes even I began to doubt if he was guilty or not.

And that’s the true horror, isn’t it? That Bundy is so convincing in his lies, so manipulative, that anyone could fall for it. Anyone.

But at the same time, I didn’t always disagree with Bundy. When he was awaiting his death and heard the people cheer outside, when he commented on that – according to the journalist who testified to this – and said they called him a monster but they weren’t much better, that really hit home. Because it was in a way, almost a mirror for what Bundy had done, and it showed quite a pitiful side of human kind. It’s one thing to want a person like Bundy to die. I’m firmly against the death penalty, but I can understand wanting a serial murderer to die. But to sell t-shirts outside prison on the day of his scheduled death? To chase after the hearse and shout cruel things?

Bundy had a family. A mother who clearly loved him deeply. He had a wife and daughter, an innocent little girl who certainly didn’t deserve to have a serial murderer as her father, and who could not help the horrible crimes he had committed. And just out of respect for those people, I thought it was a disgusting display of almost non-humanity, of cruelty.

At the same time, it feels like such a waste. Yes, Bundy might’ve deserved to die. Yes, he might’ve been a monster. But before his death, he was willing to trade information, he was willing to tell the locations of the bodies of the women he’d supposedly murdered who had never been found. Information that could’ve been vital for those families who obviously wanted to find back their loved ones. But it seemed vengeance won that day, vengeance won over getting those people finally reunited with their loved ones.

Bundy allegedly helped in investigations regarding other serial killers and was, apparently and perhaps not-so-shockingly, very good at it. Rather than kill people, he might’ve ended up saving some lives if he’d been left to rot in jail rather than be put on that electric chair, in what would perhaps be an ironic twist of fate. Sometimes you need a messed-up individual to be able to track down another messed-up individual.

The series didn’t tell me much that I didn’t already know regarding this infamous serial killer, but the format was nicely done, and the interviews seemed mostly genuine. Ted Bundy may have perished thirty years ago, but his legacy lives on to this day.