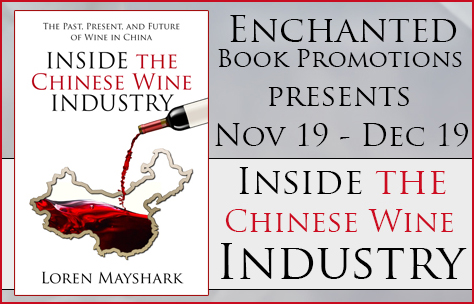 I did not grow up with the dream of being an author. When I was little I wanted to be an oceanographer, later a chef, and then a comedian but being a writer never occurred to me. Perhaps one of the reasons is that I was diagnosed with dysgraphia early on so writing was always arduous for me.

It was not until I was in my early twenties that I would catch myself daydreaming about writing books. However, I never wrote seriously until I was 26 when I penned my first short story and began working on a novel. In the process of writing the novel I became hooked and realized that not only I loved to write but I was compelled to do so. I took the novel to a pitch conference in New York City and it was requested by an acquisition editor of a major publishing house. I was dazzled by the entire experience. Although, the novel is still unpublished for a variety of reasons, this is when I was most powerfully struck by the dream of being an author and it never left me.

The book grew out of some freelancing work that I was doing.  I have worked as a freelance writer for several years. In 2015 I was doing a lot of writing about food, drink, and travel. I stumbled upon this topic and I was fascinated by it. I started writing for an online Chinese travel blog and learning about the Chinese wine industry. I became completely fascinated with the subject.

It turned into an obsession and after about a year of research, I knew that I had to write a book about it. I read everything I could get my hands on about the industry and became more entranced. While doing this research, I wished that someone had written a more comprehensive overview of wine in China. When I could not find what I was looking for, it served as inspiration to write the book I had sought. I hope that it will be useful and fulfilling for others with similar inclinations. Exploring China through the prism of wine is both fascinating and rewarding.

I often write first drafts long-hand and then when I enter those drafts into the computer, this serves as a second draft because I am always adding and changing this as I go along. Then I usually print out the second draft and read it aloud as I edit. It is amazing what the ear can pick up that the eyes miss. Then I continue to rework it for as many drafts as possible until either I am satisfied or I must meet a deadline (sometimes I feel as if I could go on forever). For me the most important part of the editing process is striving to see the work in as many different ways as possible.

No, the first book I published was Death: An Exploration and it was published on New Year’s Day of 2016. It is also a non-fiction book. The slim volume explores death in many different ways. The book exceeded my expectations in how well it was received because I never quite know how a book (or any piece of writing for that matter) will be regarded after it is sent out into the world, especially my first attempt at a full book. Many people have told me that it has helped them feel better about their own mortality and to have a more nuanced understanding of deaths around them, which has offered some solace. I am happy that the book has been something that has been helpful in the lives of many people, especially in the face of life’s most feared mystery.

Actually my biggest goal was to finish Inside the Chinese Wine Industry so I am feeling pretty good about 2018. But the second goal was to resume work on a project that I have been honing for eight years, which leads me to your next question…

Yes, I will soon be back to work on a multi-genre book that I have been honing for many years. Essentially, it is a story that uses journal entries to form a loose narrative skeleton and then other genres in order to flesh out the story. It is something that is different than anything I have ever read or produced so it continues to be an obsession. I hope to have it done sometime in 2019. Additionally, I am taking some time off from non-fiction, after having produced three straight non-fiction books, so that I can experiment with some fiction projects that I’ve had on the backburner for a while.

Title: Inside the Chinese Wine Industry

The wine business is one of the world’s most fascinating industries and China is considered the rising star. A hidden secret, the Chinese wine industry continues to grow at an amazing pace and is projected to soon enter the top five producing nations, supplanting long established countries such as Australia. Inside the Chinese Wine Industry: The Past, Present, and Future of Wine in China takes you through the growing Chinese wine scene.

Wine has had a meteoric rise in China over the past two decades. The nation is projected to become the second most valuable market for wine in the world by 2020. One recent study concluded that 96% of young Chinese adults consider wine their alcoholic drink of choice. Not only does Inside the Chinese Wine Industry explore current expansion and business models, it journeys back to the past to see where it all began.

There are more than seven hundred wineries in China today. Although it’s bit of an oversimplification, the vast majority of the wineries fit into one of two categories: the larger established producers who churn out mostly plonk to meet the growing demand for inexpensive wine and the newer wineries that try to cater to the tastes of the wealthy Chinese with money to spend on luxury goods like fine wine. In the words of wine guru Karen MacNeil, author of The Wine Bible, “The cheap wines from the very large producers have mostly verged on dismal.” However, this should not be considered a blanket statement regarding every wine from large producers. Also, she has positive reflections regarding the level of wine produced by “cutting-edge wineries” which she finds “far better.” How good are they? MacNeil asserts: “Some of these wines are so good they could easily pass for a California or Bordeaux wine in a blind tasting.”

Loren Mayshark studied Chinese art, religion, philosophy, and history while earning a B.A. in history from Manhattanville College in New York.  After graduation, he attended The Gotham Writers Workshop and the prestigious New York Writers Workshop. He has written about the Chinese wine industry for The Jovial Journey and Sublime China.

After college, he supported his itinerant lifestyle by working dozens of jobs, including golf caddy, travel writer, construction worker, fireworks salesman, substitute teacher, and vineyard laborer. Predominantly his jobs have been in the restaurant industry. He cut his teeth as a server, maître d’, and bartender at San Francisco’s historic Fisherman’s Grotto #9, the original restaurant on the Fisherman’s Wharf. While working with a colorful crew of primarily Mexican and Chinese co-workers.

He spent much of his young adult life exploring the wine industry from Sonoma Valley to the North Fork of Long Island, immersing himself in vineyards and learning valuable lessons. He has traveled extensively in South America, Europe, and Asia.  He presently splits his time between Western New York and Sweden.

His first book, Death: An Exploration, won the 2016 Beverly Hills Book Award in the category of Death and Dying and was a finalist for book of the year in the 2016 Foreword INDIES Awards in the category of Grief/Grieving (Adult Nonfiction). Inside the Chinese Wine Industry is his third book.