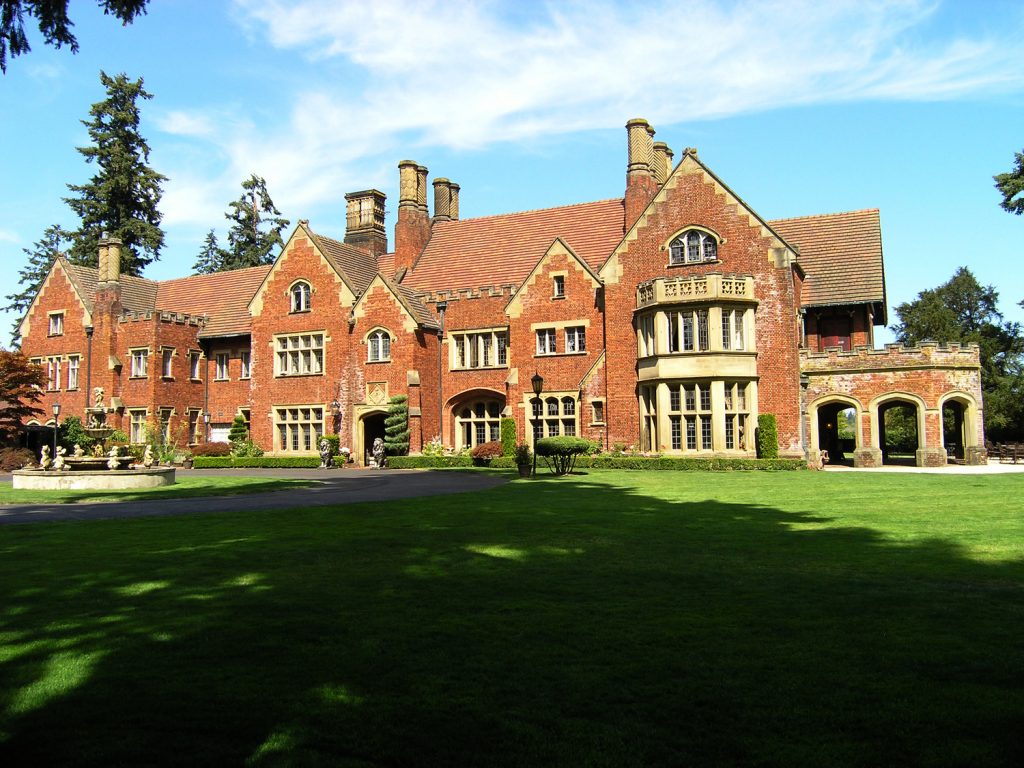 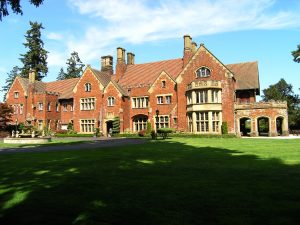 The Thornewood Castle in Lakewood, Washington, is a beautiful, romantic, sprawling castle that is ideal for weddings and other parties. Although by all means extaordinary, the castle is also supposedly haunted. The castle of Thornewood was used as a set for Stephen King’s horror movie “Rose Red”.

Built by Chester Thorne, one of the founders of the Port of Tacoma, the house is a three-story, gigantic castle that was finally ready in 1911. Several 400-year-old bricks from an original English castle were used to build the manor. The stained glass panels date back to 1300.

Having 54 rooms, the house is huge and a solid reflection of the grandeu of English castles. Thorne also hired landscape architects to make the gardens mimic traditional English gardens. Thorne had to recruit a full-time staff of 28 gardeners just to keep the gardens in order. But for Thorne, a man with 40 servants to look after his needs inside his home, this posed no problem at all.

On October 16, 1927, Chester Thorne passed away. Anna Thorne, his wife, was elected to the board of directors of her late husband’s bank, and continued to live in the house with her daughter, Anita. Anita had previously married Cadwaller Corse, and the couple and their son lived in the mansion with Anna Thorne.

Anita divorced her first husband not too long after, and remarried Major General David C. Stone. When Anita and Stone had to move due to him being transferred, Anna Thorne didn’t want to live in the enormous mansion on her own anymore. She moved into a smaller home but kept Thornewood as well. When the Stones returned to Thornewood several years later, she moved back in with them as well. Anna Thorne passed away in 1954.

General Stone, Anita’s husband, passed away in 1959. Anita, not wanting to live here on her own, sold the house and lands to Harold St. John. St. John subdivided the land and house in 30 home sits, reserving four acres for the mansion.

The mansion moved hands several times over the next few years, until it was purchased by the current owners in 2000: Wayne and Danna Robinson.

The house presumably hosts quite a few ghosts, including Chester Thorne who often unscrews lightbulbs. Maybe playing a trick, maybe he just wants to show he’s still there. Anna Thorne can also often be spotted, overlooking the garden from the window seat of her old room.

Some guests reported seeing a lone child near the lake, rushing down and then finding no child at all. Supposedly, a child once drowned in the lake near Thornewood.

Hautned or not, the castle surely is spectacular! If you want to stay the night, or find out more, visit the website.