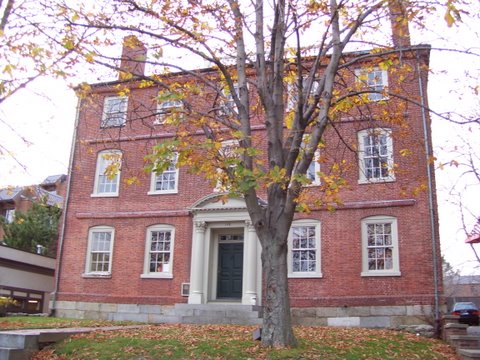 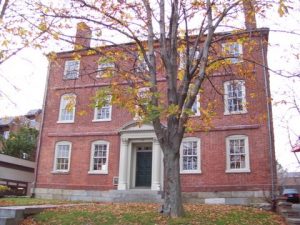 In 1789 during his visit to Salem, George Washington requested specifically to stay in this house.

While the house itself has no particular haunted history, the ground on which it is built, does.

The house is built on the exact site where Sherriff George Corwin, an important figure during the Samel Witch Trials, lived, died and was buried (until his exhumation). Corwin was nicknamed “the strangler” because of the nineteen men and women he executed for witchcraft.

Corwin was also quite sadistic and extremely cruel in the way he tortured his victims prior to having them executed.

He was so vicious even that after his death (in 1696 from a heart attack at just 30 years old – perhaps a result from the curse one of his victims whispered just before dying?) his family decided to bury him in the basement of his own home, because they were afraid villagers would disinter and dismember Corwin’s body as punishment for his cruel ways in life.

The legend says Corwin is still creeping around on the grounds and he’s not alone – of his victims is fond of giving visitors scares as well. 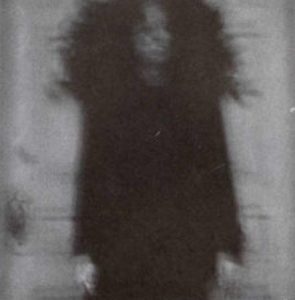 The first ghost to haunt the property is, as mentioned, Corwin himself. Some visitors have experienced a strangling sensation, which they attribute to “the strangler” himself.

Another is the spirit of Giles Corey, a man who was tortured and killed by Corwin. Corey, the poor man, was pressed to death on September 19, 1692.

Another ghost haunting the property is that of an innocent, unnamed woman who was accused of witchcraft and murdered for bieng a witch.

Dale Lewinski, an employee of Carlson Realty, a realtor business that had purchased the house in 1981 and used it as office space, was taking headshots of employees against a white door frame one day. All photos came out normal, except for the photo of Julie Tremblay.

Because that picture didn’t show Julie Tremblay anywhere. Instead, it showed a skinny woman in a long, dark dress and with frazzled hair – a woman nicknamed “The Witch”.

A theory exists that the picture is not of a ghost at all, however, but instead is just a picture of Julie Tremblay, with a wreath behind her (the headshot pictures were meant to be employees standing next to or in front of a wreath to celebrate Chirstmas time) and with extremely bad polaroid lighting or overexposure on it.

I’m no expert on photography, but what I can say for sure is that the witch in question looks extremely scary and if she’s real, I wouldn’t want to meet her, not even during daylight.