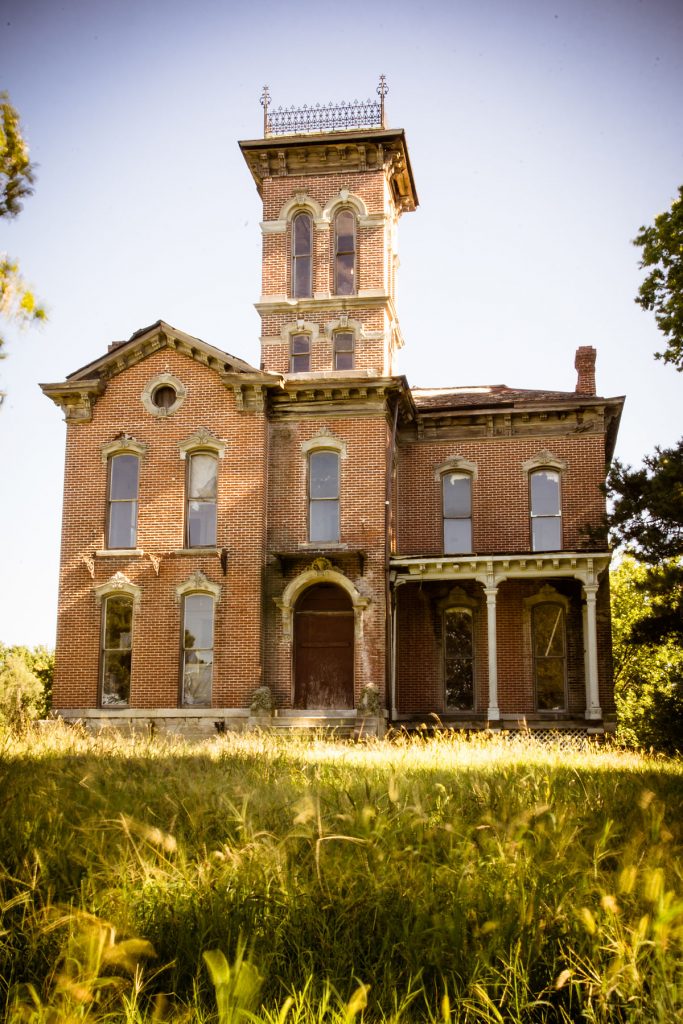 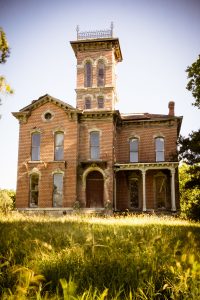 Located at 935 Shawnee Road in Kansas City, the Sauer Castle was once the residence of Anton Sauer. Sauer had married his wife Francesca at age eighteen in Vienna, Austria. They had five children together: Gustave, Anthony Philip, Julius, Emil and Johanna.

In 1858, they decided to move to New York City to be closer to Anton’s mother and sisters who had lived in the area for some time. Francesca passed away in 1868 and due to his condition of tuberculosis worsening over the years, Anton Sauer decided to move his family to Kansas City.

The History – Part One

In Kansas City, Anton Sauer moved into the Sauer Castle. There, he began courting 28-year-old widow Maria Enhellig Messerschmidt, who already had two daughters from a previous marriage: Anna and Maria. Anton married his mistress in 1869 and together, they had five daughters, four of which survived to maturity: Eva Marie, Antoinnette, Josephine and Clara. One infant daughter named Helen passed away at only 14 months of age.

In 1879, Anton passed away in the second floor master bedroom of the house. Mary and the children continued to live there until Mary passed away in 1919 – she committed suicide by hanging.

Eve Maria Sauer, the daughter of Maria Einhellig Messerschmidt and Anton Sauer, remained in the house after her mother’s suicide. She first married William C. Van Fossen in the house. They had one child, Helen, before the marriage failed after just 18 months.

After her first failed marriage, Eve Maria married again, this time to widower John S. Perkins, who already had six children of his own. They had three more children together until John committed suicide with a handgun at age 73 because of his inability to deal with his declining health.

After Eve passed away, the owner of a home heating oil company, Paul Berry, bought the house. He lived in the house until his own death in 1986. But due to ghost stories originating already since the 1930s, the house was constantly trespassed and vandalized.

In 1987, Bud Wyman, his son and daughter in law, Cliff and Cindy Jones, bought the house in hopes of turning it into a bed and breakfast.

When this fell through, the house was purchased by Carl Lopp, great great grandson of Anton Sauer. His intention was to fix up the property and eventually reside there with his family, but this seems to be a difficult task as he hasn’t made much progress yet over the year. The fact that people who believe the ghost stories often come by to trespass and, in worst case scenario, vandalize the house, isn’t really helping either.

As if the reality of two suicides and one drowning isn’t enough to spark up the enthusiasm of many paranormal enthusiasts, for some reason several persistent rumors / legends about this house persist that didn’t happen and aren’t even closely related to the truth, but have still circulated as being the truth for many, many years.

These stories include mentions of murders, buried bodies, treasures, even a secret tunnel. None of this has been proven to be true, though.

Several witnesses who visited the abandoned property of the years claimed to see lights from the lookout tower, and claimed to hear laughter, crying or shouting coming from the house.

On the widow’s walk, witnesses often report seeing the apparition of a woman (presumed to be one of the Sauer women who once occupied the mansion).

Cindy Jones, one of the last owners of the house, was convinced the place was haunted and even allowed teams of paranormal investigators visit the house.

Is the house haunted or not? One thing is for sure – the property is as good as abandoned, and in its derilict state, it’s doubtful the current owner will allow anyone to properly investigate. Since it is in no way recommend to go on the property without the owner’s permission, it’s anyone’s bet.

Haunted or not, though, it’s a shame that such a beautiful house is in such a state of disrepair.