My publisher has set up a Thunderclap campaign for my upcoming release, Ghost Slayer. For a limited itme, Ghost Slayer is available for just $0.99 as a pre-order deal.

The Thunderclap campaign, however, could use some report as it’s currently stuck at 164 out of 250 supported…

If you’re not familiar with Thunderclap, you can support by allowing Thunderclap to post on your Facebook page, Facebook account, Twitter or Tumblr. They will only post ONCE, on the date the campaign goes live, and just the campaign message, nothing else (which in my case is: “if you #preorder now, you get Ghost Slayer for $0.99, a free, exclusive short story AND an exclusive bookmark. http://thndr.me/St4Dhv”)

So please, if you’re a fan of me and my books, or you just want to support a fellow author, please support my Thunderclap campaign here or follow the link on the banner below. 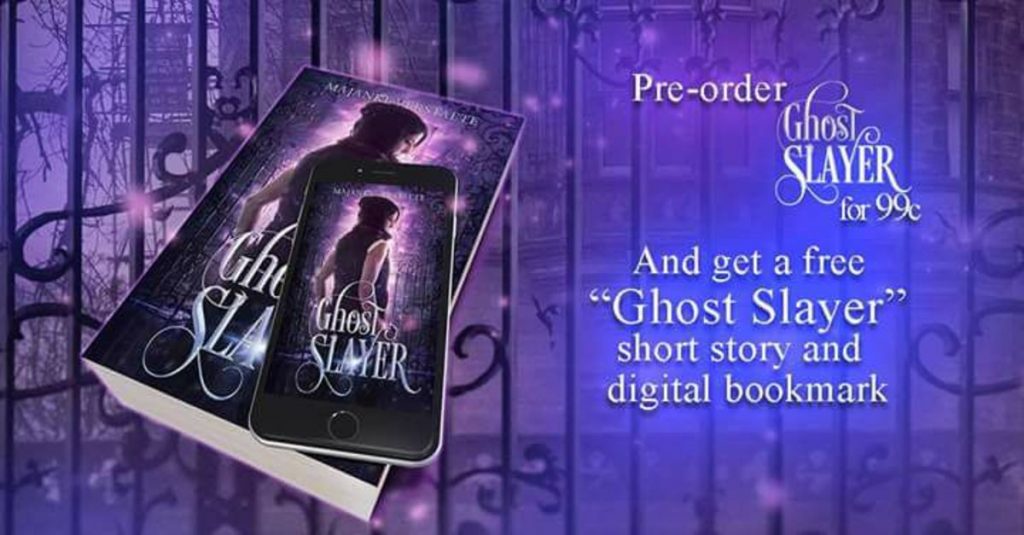 I appreciate any and all support and if there’s anything I can do for you (support your thunderclap campaign, share something about your book or anything else) please let me know.