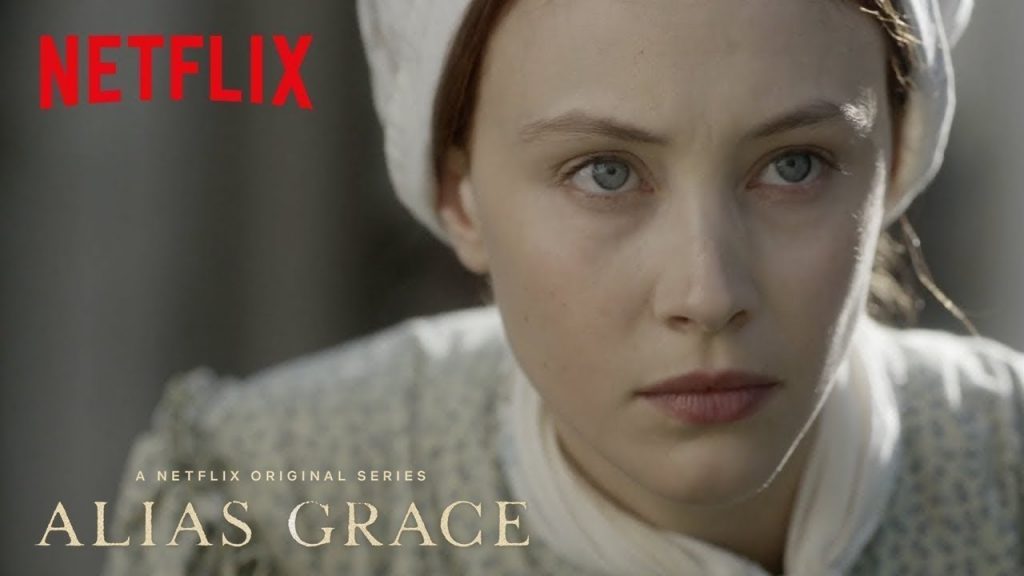 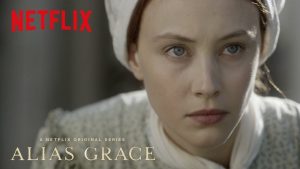 The story focuses on Grace Marks, a nineteenth-century Irish-Canadian servant girl who allegedly helped murder the owner and housemaid of the farm where she worked. The book is based on a true homicide case from 1843, but the life story of Grace Marks is mostly fictionalized.

Grace gets to tell the audience her own story through sessions with a therapist, Dr. Simon Jordan, who was hired by a group of citizens eager to get Grace released from prison, believing her innocent of the crime she was accused of permitting. Slowly, while at times gazing straight into the camera, Grace tells us her story. The narrative switches back from the scenes with Grace and Dr. Jordan, to Grace’s past, showing us the events that led to the murder.

The actress portraying Grace Marks, Sarah Gadon, is absolutely phenomenal. Her performance is by far the best of the entire series and that’s saying something considering each actor and actress plays their role extraordinarily well in this miniseries. The issues focused on by the series are surprisingly timely, given that the book is set in the nineteenth century.

The series is a slow burn, taking its time to unfold. Every scene is detailed, mesmerizing, and the last episode is downright ghastly, in the way gothic horror can be, giving an eerie, surreal vibe to the viewer that will stay with you long afterwards. A story about women too often suppressed by society, it’s also about liberation, about setting oneself free, and it tells this tale in a hypnotizing way that keeps viewers glued to the screen.

Keeping the reader guessing if Grace’s story is truth or fiction until the very end, this series is capable of mesmerizing the viewer and compelling them to keep watching episode after episode. Superb acting, lush settings and a strong, multi-layered narrative conjure up the best TV series 2017 had to offer: “Alias Grace”.