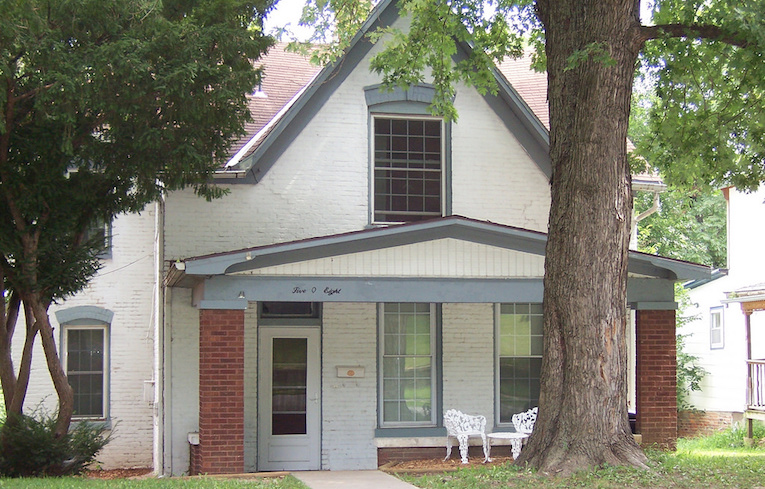 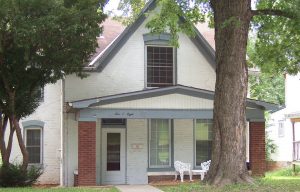 Located on 508 N. Second Street in Atchison, and built in the mid-1800s, the house already looks pretty spooky when you just glance at it. But the story behind the house, is even more terrifying.

Back in 1867, The Sallie House was built for the Finney family, a regular family just like any other. Michael Finney was the first inhabitant of the house, along with his wife and children. He passed away in 1872, but the house stayed occupied by Finney family members until the last descendant, Dr. Charles Finney died in 1947.

After Charles’ death, the house became vacant. Tenants moved in, but usually only stayed a few months – supposedly due to strange happenings in the house.

As the story goes, a physician used to live in the house. One day, a young woamn appeared with her six-year-old daughter, Sallie, who was suffering from severe abdominal pain. The doctor feared the young girl had acute appendicitis, and that if he didn’t cut out the appendix right away, she would die. Before anesthesia fully kicked in, he already started cutting the girl. A frightened Sallie spent her last moments in agony as she died on the operating table.

Since then, the house is supposedly haunted.

However, the story only gained attention in the mid-1990s, several decades after the supposed appendicitis-removal-gone-wrong. The then-owners, Tony and Debra Pickman started noticing strange occurences in the house.

Things got a little worse when after the birth of their son, they had decorated the nursery with teddybears. The Sallie ghost loved taking the teddybears off the shelf, and arranging them in a circle in the middle of the bedroom floor.

That was apparently not enough to tell the family to get the hell out of there. They invited one of their friends, a psychic, who claimed the house was haunted by evil. Soon after, Tony seemed to be taken over by an evil spirit, and scratches appeared all over his body. Quite viscious scratches too, so whatever was in the house, it was definitely not happy.

The Kanses Paranormal Group came to investigate the place and declared the house haunted, but not just by Sallie’s ghost. Apparently, The Sallie House is quite the paranormal hotspot, as a middle-aged woman who remained unnamed was also haunting the place.

A Ghost With A Grudge

Whoever is truly haunting The Sallie House, all visitors and guests tend to agree: the ghost is particularly violent toward men. Never attacking women or children, the ghost even goes as far as to scratch men, or put things on fire when they’re near – how the place hasn’t burned down over the years is a complete mystery.

You don’t have to believe everything you read, though. The website for Visit Atchison, which just about declares the whole town as paranormal mayhem (considering you can do murder mystery dinners, meals with a medium, cemetery tours, and anything a paranormal enthusiast can dream of) has a whole page dedicated to haunted videos from The Sallie House.

The Sallie House is open for visits. You can go on a self-guided tour, or ask for a guide, and you can even stay overnight. While you’re at it, you might want to check out the rest of Atchison, which is supposedly the most haunted town in Kansas.