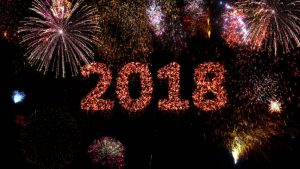 2017 was a rollercoaster year for me, with a lot of ups and downs, but luckily, mostly ups. Some major changes happened in my life, not all of them writing-related, but it’s worth summing them up anyway.

On the writing side, I did finish some new books last year…but I didn’t publish any new books. I do have some books coming up in 2018, though. Ghost Slayer will release in April 2018 and A Study in Shifters, the first book in the Adventures of Marisol Holmes series, is scheduled to release in October 2018.

Besides that, I have a hug list of writing goals I want to accomplish in 2018 which (no surprise there) are more or less the same as last year, but some have been updated.

Phew! Those are a lot of goals, and I have no idea how many of them I’ll be able to complete, but it can’t hurt to try.

What are your writing goals for 2018?