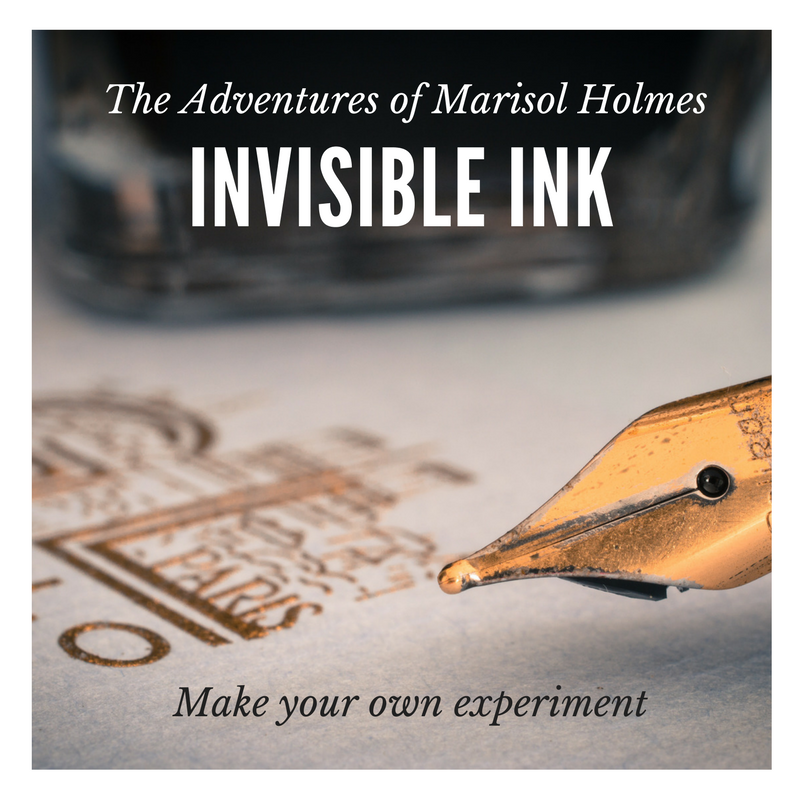 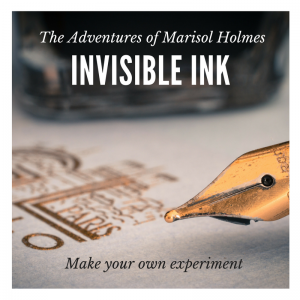 Writing The Adventures of Marisol Holmes, I had to do a lot of research, not just into the different species of shifters that would appear in the book, but also on other rather mysterious topics. One of those topics was invisible ink.

One of the earliest writers who ever mentioned invisible ink is Aeneas Tacticus, in the fourth century BCE. Invisible ink has been used for centuries, and was particularly popular in the Roman Empire and 16th century Europe.

Invisible ink can be applied on a writing surface in many different ways, sometimes even just by dipping a finger in the liquid. Once dry, the written surface will look blank, and otherwise perfectly similar as how it would look prior to being written on. The ink can then later be made visibile using different methods, depending on the type of ink used.

One of the most common ways to display invisible ink is by viewing it under ultraviolet light, by applying the appropriate chemical, or even just by putting it under a heat source. Whoever thinks you need a complicated chemical balance to create invisible ink, would be very wrong. Some organic substances oxidize when heated which turns them brown. You can even try this at home.

Any acidic fluid will work for this drink, but some suggestions are coca cola, honey solution, sugar solution, lemon / apple / organge or onion juice, wine, or even milk.

Here’s a quick tutorial on how to make invisible ink using lemon juice:

Give it a try, and feel free to email me a picture of your invisible ink experiment.