The Adventures of Marisol Holmes: All About Leopards 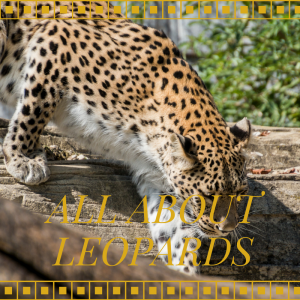 In The Adventures of Marisol Holmes: A Study in Shifters, two of the characters, Elise Fell and Reyna Fell, are leopard shifters. Leopards are closely related to jaguars, from the way they look to the way they hunt, but despite the resemblances, there are some stark differences between the two species. Just like the jaguar, the leopard is one of the five big cats in the genus Panthera. It has relatively short legs, but a long body and large skull. It’s smaller and lighter than a jaguar. There are 9 subspecies of leopards recognized by the International Union for Conservation of Nature (IUCN), namely the African leopard, Indian leopard, Arabian leopard, Persian leopard (also known as Central Asian leopar or Caucasian leopard), North Chinese leopard, Amur leopard, Indochinese leopard, Javan leopard and Sri Lankan leopard. As you can see, most of the species are divided based on their hunting grounds and where they’ve been found.

All these subspecies have small morphological differences from one another. On top of that, the texture and colour of a leopard’s fur often varies too by climate and geography; leopards in forests are darker than those in deserts. The leopards primarily occur in Africa, and eastern and southeast Asia. They’re very adaptable, and can thrive in forests as well as in savannas. They can climb on trees and are often resting on tree branches during the day. They even drag their kills up trees and hang them there. Leopards are solitary predators.

Leopards often appeared in mythology. Egyptian priests wore the skin of a leopard, in particular the skin of black panthers, which they saw as a symbol for the spirit of Set.