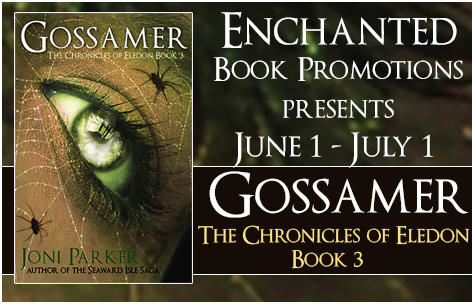 Well, it wasn’t a childhood dream of mine. I wouldn’t have had so much trouble deciding on a major in college if I had known that I would become a writer. Instead, I learned on the job, beginning about 8 years ago. However, I’ve found that all of my past experiences in life were invaluable tools in my writing, so I really wouldn’t have it any other way.

I’m a big fan of the movie trilogy, “Lord of the Rings.” In one of the storylines, the Elves and Dwarves abandoned Middle Earth, so I created a world for them to go to. It’s called Eledon and was built by the Mentors, the Elf Guides, and located at the end of a wormhole somewhere in space. Eledon has a flaw, however, a major structural problem and that’s Seaward Isle. It’s fallen out of the Elf grid and held onto by entry points or wormholes. If it detaches, it could fall through the wormhole and crash into Earth. In this series, my main character must find a solution to this situation before it becomes reality.

3.      Was writing book three more challenging than writing the previous books in the series, or less challenging? And why?

“Gossamer” was a challenging book for me because it dealt with a major personality conflict between Lady Opaline, the antagonist and Alex, the protagonist. I don’t handle personality conflicts well in real life, and it proved just as hard in a novel. Nevertheless, it was necessary in order to move on to book four.

4.      What is your editing process like? Did it evolve throughout the series?

I read my book out loud several times as well as review it on the computer and on paper. Then I send it to my editor to review at least twice. The process has been evolving since my first book which I had edited at least four times. Now I’m down to two, but if I need it, I’ll gladly pay for a third round.

My next book, “Noble Magic,” will be out later this year and concludes “The Chronicles of Eledon” series. I’ve also written some short stories that will be published in an anthology later this year with the Science Fiction Fantasy Writers’ Group in Tucson.

I have another trilogy planned called “The Admiralty Archives.” I’ll be getting the first book to my editor soon and it should be ready next year.

Lady Alexin, Eledon’s Keeper of the Keys must continue to prove her powers when her grandmother, Lady Lestin and her friend, Lady Opaline of the Gossamer Elves are kidnapped by rebels and held for ransom. Alex attempts a daring rescue, only to discover that there is far more to this plot that she immediately suspected and the betrayal extends to the highest levels of the High Council of Elders. Threatened by rebel factions, suspected by Council members and under attack by deadly spiders, the young warrior has only her wits, her fighting skills and the powers of the Keys to help her. But will they be enough to save them all?

When I was younger, I never knew what I wanted to be when I grew up. Part of my reason for dropping out of college was because I didn’t know what to major in. I was envious of my sister who knew from an early age, she was going to major in math. Good for her, but math was the last subject on my mind. I joined the Navy and found a track I liked. I became a photographer. I covered local news items, accidents, and even shot portraits. It was fun, but not a career path. When I got out of the Navy, I wanted to finish college but I was lost again. What to major in? I chose accounting because all businesses needed it and I went on to get my Bachelor’s and an MBA. After working in the field for a year, I went back in the Navy and asked for any assignment other than accounting.  It worked. After 22 years in the Navy, I retired. My husband and I moved into our motorhome and hit the road. Unfortunately, he passed away and I went back to work at a government job. Then I found writing. I hadn’t written a thing since I was 14 but I was smitten by the bug and have been writing ever since. “Gossamer” is the sixth book I’ve had published and is the third book in a four book series, “The Chronicles of Eledon.” Hope you enjoy it. I had fun writing it.