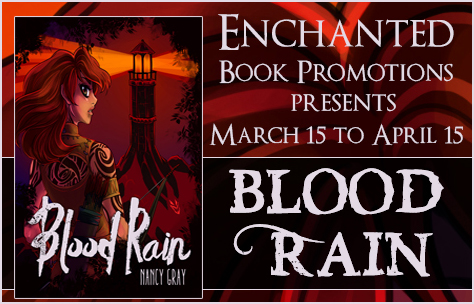 I think the first time I thought about becoming an author was in college. I was taking a creative writing class and wrote a short horror story as my final project. The teacher was very complimentary and told me it was the best horror story he had heard in his class in years and that I should try to get it published. (This was before I knew how to go about publishing anything, and ironically, I still haven’t published that particular story.)  His encouragement made me want to write more. So, I started writing up stories of all genres in my spare time.  I decided that one day I wanted to write a novel.  That was about ten years ago.

Once I knew a little more about publishing, I started writing more horror stories and was able to get them published in various anthologies. After that, I attempted my first novel.  (Granted, it was not a very good novel and I will bury it to make sure no one ever sees it, but it was a good first attempt.) When I managed to finish writing one novel I was hooked and I’ve been writing ever since.

What inspired you to write Blood Rain?

There were many things that inspired me to write Blood Rain. At the time, I was reading a book called Weird Carolinas by Roger Manley. It’s a compilation of very strange stories about North and South Carolina.  One in particular caught my eye.  It was an account by Professor Francis Preston Venable of blood raining down on a farm in Chatham County, NC in 1884. It was such a strange story I actually had a dream about it.  The image from the dream that still stands out in my mind is that of a white, blood splattered lighthouse. I was also reading Jim Butcher’s The Codex Alera series.  The beast-like Canim from Butcher’s story inspired the antagonists in mine, shape-shifting Beast Men.

In terms of other types of media that inspired me at the time, there was also the animated series, Avatar, the Last Airbender. There is a similar framework in my setting to the different isolated tribes and the diversity of the magic of each tribe in the show.  The giant mushrooms in the treetop village in the opening of Blood Rain were inspired by a video game, The Elder Scrolls III: Morrowind. While I was coming up with ideas for the story, I listened to mostly epic fantasy metal from Sonata Arctica, Kamelot, and Nightwish.  (If you’re curious, the albums I listened to the most were Reckoning Night and For the Sake of Revenge from Sonata Arctica.)

From all of these sources of inspiration I began to write notes about the continent of Lacern, the different cultures within it, and the characters themselves.

I have a tendency to edit as I write.  Usually before I pick up where I left off writing I re-read everything that I’ve written within the last day or two, usually the previous chapter and any pages that I’ve added to the current chapter.  I tend to read my dialogue aloud to make sure that it sounds like something someone would say and to avoid any sentences that seem too awkward.

While I’m scanning the chapters, I also look for grammatical problems that I know I tend to repeat.  Even though I’ve been writing for over ten years, there are some punctuation issues I still have as well as a tendency to repeat certain words without realizing it.  So, if I catch any of these errors I correct them before I move on to the next section.

Finally, I pass off the manuscript to a professional editor.  Based on the editor’s comments I make the changes that I think necessary.  I usually take almost all the grammar suggestions, but will think heavily about it first if there are any suggestions that require me to change content or style.

I actually set many writing goals for 2017.  My main writing goal is to finish the third book of the Blood Rain trilogy, Blood God, as soon as possible.  I don’t like to keep those who are following this series waiting, but the process on the third book has been ongoing mostly because I want to make sure this story is the best it can be before publication. It’s the book where everything comes together, and I want to make sure it wraps up the series nicely.

This year, I also plan to publish at least the first story in the Junior Investigator’s Club series, my mid-grade horror series that is similar in some aspects to the Goosebumps books.  I would also like to complete and edit the first five stories in this series and pitch a few of them to agents.  So far I have three complete stories and the forth is about halfway finished, so I think this goal is definitely possible.

I would also like to try something new.  I might revisit an interesting story that I wrote for a writing contest.  It’s called “Nightmare at Grim Gulch” and is a steampunk western with gothic horror elements.  I enjoyed the characters so much I would like to write a few more stories in that universe to publish as serialized short stories.

And, finally, I would like to try a totally new genre.  I want to try my hand at steampunk urban fantasy.  I love the steampunk setting, and urban fantasy in Victorian London definitely appeals to me.

I’m currently working on the final novel of the Blood Rain series, Blood God.  Blood God is the thrilling conclusion to Mercy’s journey where her questions will be answered and the loose ends will be tied up.  I won’t give any spoilers, but it picks up where the second novel, Blood Moon, ended.  Mercy and her friends will have many dangerous challenges ahead of them and will have to beat nearly impossible odds to reach their goal.  I’m about halfway finished and have outlined all the way to the end of the story.  Now, it’s just a matter of letting the characters guide the way.

The night the blood rains from the sky, Mind of Mercy’s world changes. The savage Blood Wings, bestial creatures that feed on the blood of Mercy’s people, attack her treetop village in frenzy.

Mercy’s father, the chieftain, tasks her to leave during the fight and find the source of the storm. The journey takes Mercy across the continent of Lacern where she must make allies, even from some of the enemies of her people, to survive. The search forces her to get help from the least likely of sources, one of the very Blood Wings that attacked her.

During her journey, Mercy and her companions discover lies that are widely accepted as truths, secrets hidden by the beast men, and a power buried deep inside of Mercy herself. Magic is resurfacing in the world and the blood rain is only the beginning. A hidden power is pulling the strings to cause a continent wide war that could result in the destruction of humans and beast men alike.

Nancy Gray lives in West Columbia, SC, with her husband, two daughters, and two crazy cats. She attended college at the University of South Carolina and attained a BA in Media Arts with a cognate in English. Her original career was as a graphic designer but writing is her calling. Her favorite genres to write are horror, fantasy (particularly young adult), steampunk, cyberpunk, urban fantasy, and occasionally light science fiction (space opera).  Many of her short stories and novels also blur the lines of genre fiction.  Nancy is an avid reader and also enjoys drawing, video games, and table top role playing games. She also enjoys anime and manga.