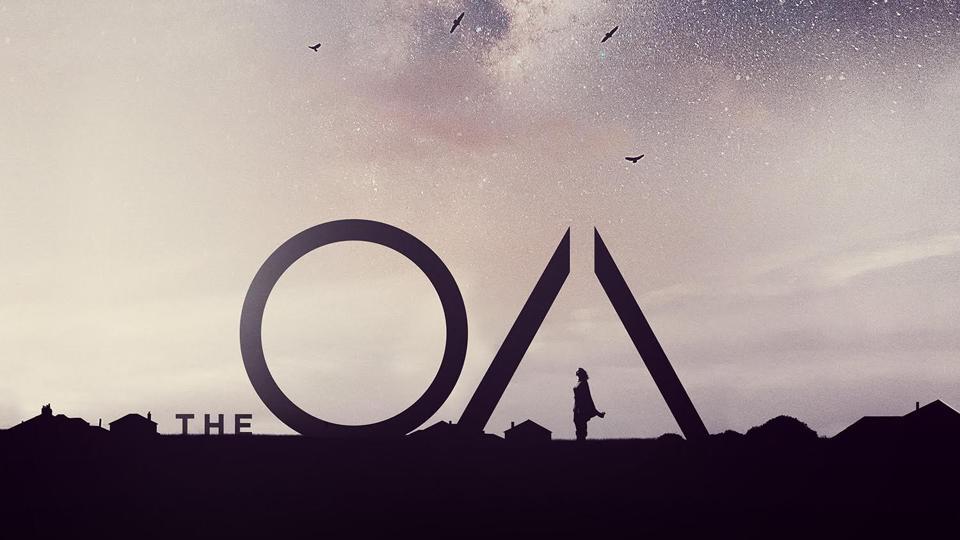 The OA is one of the latest Netflix series. It seemed to come out of nowhere. Lately, Netflix has been releasing more and more of their original series. Stranger Things, which released back in September, if I recall correctly, was very successful, and when I saw the trailer popping up for The OA, it reminded me of Stranger Things. I’d loved the latter, so I figured I would give The OA a try.

Hours later, having watched the series from start to finish in about two days (although I had work, chores, and other responsibilities, which all kind of vanished to the bacground once I started watching), I’m equally as dumbfounded as I was when I had just seen the trailer.

It’s hard to review The OA because I’m still not entirely sure what I’ve seen.

The OA is a disturbing, alluring little gem, that you need to experience to believe. I reckon a lot of people will hate it, or strongly dislike it, or even get bored by it. It’s far outside the usual scope of series I watch. I figured from the trailer it would be scifi, or paranormal, but it’s not, it’s different. It’s more, and less, at the same time. It’s metaphysical, it’s transcendent, it’s special and beautiful but very, very hard to describe.

A Story Within A Story

Prairie is a young woman who disappeared seven years ago. Not only that, but when she disappeared she was blind, and had been blind for ages. Now she resurfaces, and she’s not blind anymore – she can see.

But Prairie’s ordeal isn’t over yet. She gatheres a group of youngsters (and a teacher) and tells them the story of what happened to her. The narrative is slow but suspenseful, and so unpredictable you never know what’s coming next. The story she tells them has it all: mysticism, love, hope, despair, strength and weakness.

Kind of like The Canterbury Tales, The OA is a story within a story, but each story is equally as important. What Prairie went through in the past is just as important as what she’s going through now, while telling her new friends her story and connecting with them, healing them, helping them, and they in turn, helping her.

Is She Telling The Truth?

Without trying to spoil the plot, I will say that the question arises as to whether or not Prairie is telling the truth. Did what she tell her friends happened really happen, or is it a figment of her imagination, as she tries to make sense of the horrible ordeal she went through?

The story is compelling and draws in the characters as well as the people watching the series. The visuals are stunning, and you want to believe Prairie – but some evidence to the contrary exists. Whether her account is true or not, it does succeed in bringing together a group of unlikely comrades, and she did go missing (and turned up being able to see while previously being blind, so something did happen for sure). Whether it’s what she says or not, doesn’t really matter that much, and the mystery of what is true and what isn’t, is a crucial element of the vibe you get from watching this series.

Doesn’t Fit in a Box

The beauty of The OA is that it doesn’t fit a single genre. In that sense, it’s a daring series that steps outside the box. You can scarcely call it science fiction, you could just as well call it a thriller, or a drama. It doesn’t fit within a box. Not for its genre, nor for its way of telling the story, not for its acting nor for the way each episode feels like a movie, or a chapter, leading up to a conclusion that doesn’t feel like a conclusion at all – more like a beginning.

What can be said about The OA is that it’s different. Very different. And it’s different in an elegant, visually stunning away. If you want to ask if I would recommend it, I couldn’t give you a straightforward ‘yes’ or ‘no’ if I tried.

For me, it was a deep, personal, mysterious, even sort of spiritual experience to watch this series. Others won’t connect with it at all and will probably be bored. I would recommend it if you want to try something completely outside the box, something unlike anything you’ve ever seen, but even then, I can’t promise you’ll like it.