I’m happy to announce that in 2017,  I will be launching a brand new children’s book series, called Snoebels, Cat Detective. This series is inspired by a real life person – or, more accurately, real life cat. In August 2016, my boyfriend and I adopted the cutest cat on this planet: Snoebels. Snoebels, Cat Detective are the (mostly fictional) adventures of Snoebels as she solves mysteries and helps people and other animals in need.

This series is aimed at lower graders, and at a slightly younger audience than the Weirdville series. All books will be between 4000-6000 words, so they’re fast and easy read, and ideal for younger readers or struggling / reluctant readers. 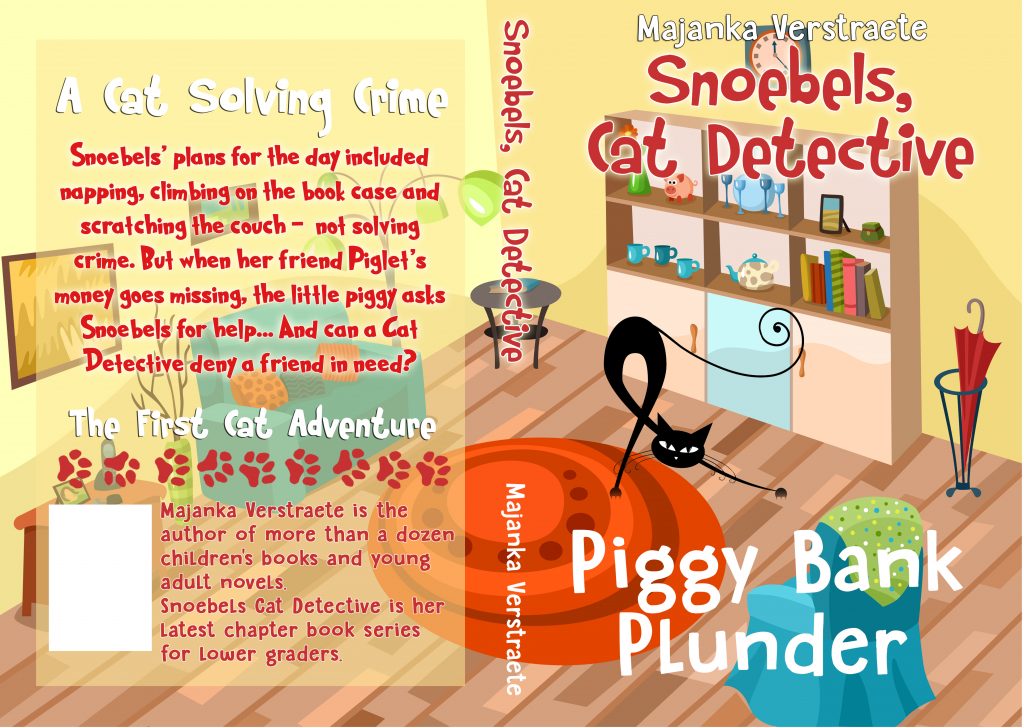 The first book in the series is called Piggy Bank Plunder. Here is the synopsis:

Snoebels’ plans for the day included napping, climbing on the book case and scratching the couch – not solving crime. But when her friend Piglet’s money goes missing, the little piggy asks Snoebels for help… And can a Cat Detective deny a friend in need?

Book one, Piggy Bank Plunder, will be available from online retailers on February 28, 2017.