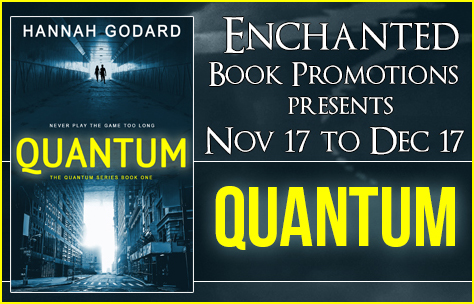 I think I’ve known my entire life. I’ve always known I didn’t want a regular job because I’m the kind of person that get’s bored easily with the same old routine. The arts have always been where I wanted to go. But when a kid tells you they want to be an author it’s the same as hearing that they want to be a space cowboy. “Oh, that’s cute”, is normally their response. No one would take me seriously until I finished my first manuscript and then even then it was just a hobby to them. When I wrote my second book, then my third, then my fourth I think that’s when I, and everyone else, realized that this is what I love to do. It’s my passion, and I want to spend the rest of my life pursuing it.

What inspired you to write QUANTUM?

I had just turned fourteen and my family decided to hike the West Coast Trail. After we were done and everyone was tired and happy to be back into civilization, my cousin and I would go down to the beach in front of the house that we had rented and would work together on building this raft. After all was said and done it ended up only being able to hold my weight so he would pull me on the raft towards this rock in the water saying that we were navy seals and that we were in North Korea, where our mission was. Fast forward from that awkward time in my life to third period social studies 10-1 with my three best friends where we were asked a simple question: what if I was in the CIA?

I was assigned to be in control of the not-so-legal part of things (we called it black market Prestige) and from there I started bouncing ideas off of them. It may not seem like the best process or the most efficient but that’s the awkward, teenage version of how a story comes to life: through rafts, questions, businesses, and not paying attention in class.

I’m a little embarrassed to say that I’m terrible at editing. My process looks like a whole lot of procrastination because I hate it. I love writing. I love writing so much and I love what I write to the point where I will read over the chapter I just wrote five times like it’s not even my book because I’m so attached to my characters that I want to spend all my time with them. So I read those two pages I wrote over and over again until I’m tired of it and I move on.

When I do edit, it helps if I listen to something I don’t like, like a documentary on cellular respiration. That may seem like a funny joke but it’s actually something that I have resorted to. I’m fortunate to have a great team at City Lights Press who can help shape my manuscript into something wonderful.

Being told no. Nobody wants to hear that they aren’t good enough but I think if you want to be an author you have to face the reality that people will turn you down, a lot. For every yes there will be a hundred no’s but with every no, and with every time you keep trying again you get better and better. Not beating yourself up over the no’s is definitely the hardest part.

Did you participate in NaNoWriMO this year?

I didn’t, actually. I have a pretty heavy class load at the moment so I didn’t think I’d be successful and ultimately I’d just let myself down. That being said, I think on a subconscious level I have because I write every day and I’ve been working on the third Quantum novel so even if I’m not an official participant I’ve been writing a lot. I’ve always wanted to participate, though. I think I’m going to really try to make it next year.

Yeah, I’m working on the third Quantum novel which is nearly done and I have to say, I’m a bit biased, but it’s by far the best one yet. It’s definitely something to look forward to. I’ve had so much fun writing it and I think everyone will really enjoy it, it’s not something you would expect. I have also been really interested in expanding into writing scripts so I’ve been working on one for a TV pilot that I have finished now and I hope to one day see Quantum on the screen. Other than I’m just trying not to drown in Physics homework. Nothing is more glamorous than the CIA … at least for Clara. All she wants is excitement and adventure, to help people … and to be a part of something bigger than life.

At nineteen, she leaves everything she’s ever had behind to join the CIA with her boyfriend Ross. But when the agency starts to fall away like shattered glass, Clara and her team get thrown into the biggest mission ever to hit the agency. How will they deal with the pressure?

Clara has all her cards out on the table and she’s trying to keep them all in place … except she can’t hold them all down on her own. She’s trained and she’s ready … but something isn’t right. Is the real way to win the game not to play it, or is the trick not to play it for too long? 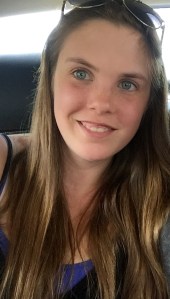 Hannah Godard was born and raised in the small town of Cochrane, Alberta where she is currently a grade eleven student. She continues to chase a life of creativity and imagination, creating characters to take her on adventures and maybe learn something from them along the way. She writes to tell the greatest stories that have yet to be told and create a spark in which to lighten up the world. Hannah credits her dad for teaching her everything she knows about the world, from politics to drive and perseverance. Without him, she would be a very different person.

Quantum is her first novel and the first in the Quantum series. It came to life in the same way as many other novels do, in third period Social Studies class. This class was spent with three out of four of her best friends, laughing, creating businesses, and being creative. It was the one class where she could be a kid, where people didn’t tell her words could only mean one thing, and where they could all be creative. It started as a joke, as a simple question; what if I was in the CIA? From that point on Hannah developed the character of Clara, with the help of her friends, and soon the story came to life. Each person who she knows, no matter how small, is somehow put into the novel, worked into the story line, because what they say is true: we write what we know.