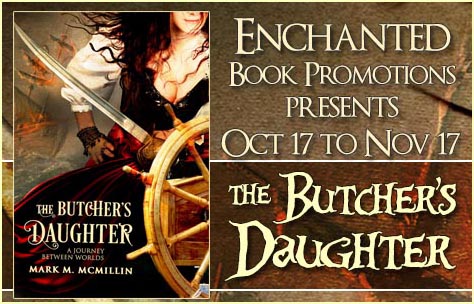 When did you know you wanted to be an author?
I knew at a fairly early age that I enjoyed writing. Over the years some folks thought (graciously) that I had some talent for it and urged me to try writing a book. I never really tried until a nifty story fell into my lap one day (during a divorce where I had a lot of free time on my hands.)
What inspired you to write The Butcher’s Daughter?
My mother who made my promise before she passed away to write at least one more book.
What is your editing process like?
I write about 6 or 700,000 words to end up with 120,000 or so. It is a painful, slow, laborious process. I write, rewrite, polish, delete material and add material over and over again to (hopefully) end up with something people enjoy reading. I hope to be a rich man in my next life so that I can hire professionals to help. 🙂
What do you find the most challenging about being an author?
Any art is an extension of one’s ‘self.’ It hurts when others reject your work.
Are you working on something now?
Yes! 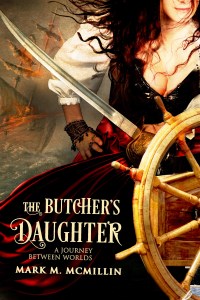 In an age ruled by iron men, in a world of new discovery and Spanish gold, a young Irishwoman named Mary rises from the ashes of her broken childhood with ships and men-at-arms under her command.  She and her loyal crew prowl the Caribbean and prosper in the New World for a time until the ugly past Mary has fled from in the old one finds her.

Across the great ocean to the east, war is coming. The King of Spain is assembling the most powerful armada the world has ever seen – an enormous beast – to invade England and depose the Protestant “heretic queen.” To have any chance against the wealth and might of Spain, England will need every warship, she will need every able captain. To this purpose, Queen Elizabeth spares Mary from the headman’s axe for past sins in exchange for her loyalty, her ships and men. 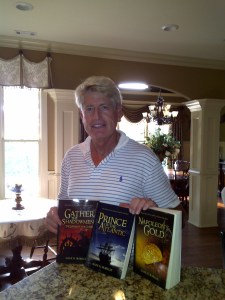 Mark is an attorney by day and an author by night. He has always had a passion for history and writing. The Butcher’s Daughter is his fourth book. Mark began his career with the military. He is a veteran of the “Cold War” and served with the 11th Armored Cavalry Regiment in Germany. Mark currently resides in Atlanta, Georgia and is the general counsel for an airline and freight forwarding company.