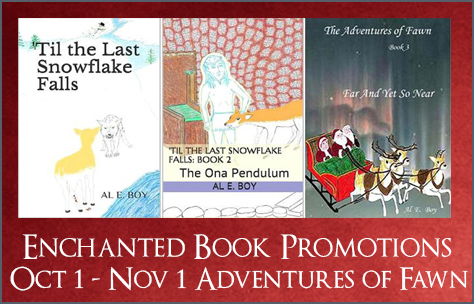 The Adventures of Fawn Book 1: ‘Til the Last Snowflake Falls 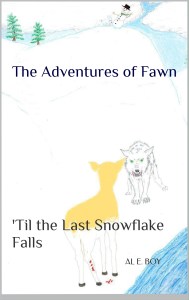 The Adventures of Fawn is a ‘coming of age’ series set in the magical world of Santa’s North Pole! The year is 1849, and legendary reindeer Comet and Vixen have a young daughter, Fawn. In this first book, ‘Til the Last Snowflake Falls’ the young reindeer spends far too many days alone in the stable at Santa’s Village with no friends and nothing to do. While her parents caution her she’s much too young and inexperienced to go exploring outside Santa’s Village by herself, Fawn disagrees. Declaring, “I want some fun and excitement! I don’t care how dangerous it is!” she begins sneaking out each day in search of friends, excitement and adventure. She’ll find them all…but also find herself facing dangers like a fierce hungry wolf, a freezing North Pole blizzard, and the treachery of a sea captain capturing animals of the arctic to sell to a zoo in New York City. Along the way, she’ll also learn some valuable lessons about what’s really important in life. The Adventures of Fawn are filled with fun and excitement for all ages!

The Adventures of Fawn Book 2: The Ona Pendulum 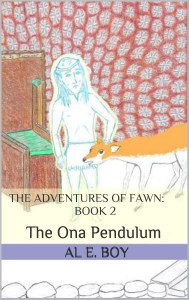 The Adventures of Fawn continue as an evil former elf Princess is trying to destroy The Ona Pendulum…a device that enables Santa, Wajic, his elves and reindeer to live for hundreds of years. So Fawn and her friends are off to the rescue to save Santa and company…Christmas 1849….and every other future Christmas, as well! In the process they’ll learn how a young toymaker named Kristoff Kringle became Santa Claus, how he met the elves, and where his famous, “Ho-Ho-Ho” comes from. They’ll also learn about the Rua Ondos…wonderful, magical shooting stars which fell to Earth on the very first Christmas. The Ona Pendulum is an adventure the whole family will enjoy!!

The Adventures of Fawn Book 3: Far and Yet So Near 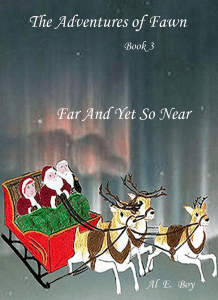 The Adventures of Fawn continue as the young reindeer, Bunny, Doctor Weather and friends trail Santa’s reindeer after they come under the control of a mysterious stranger, and suddenly, mindlessly march off together. “Far And Yet So Near” sees the group led to an underground cavern where they learn the mystery man intends to steal the team of reindeer. Santa and Wajic turn up in the nick of time…and it looks like everyone is rescued. But the stranger has a few tricks up his sleeve, and explosions unexpectedly rock the cavern as he makes good his escape. But not before he ‘reindeer-naps’ Fawn. She soon finds herself a pet in an English manor house near London. Will Fawn ever return to the North Pole? Will anyone ever be able to find her? Did Santa, Wajic, Doctor Weather and the reindeer perish in the explosions? Read “Far And Yet So Near” to find out! 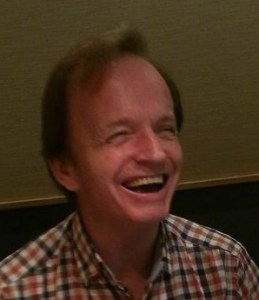 Through almost 40 years as a Santa Claus, Al E. Boy developed quite a repertoire of tales to explain and answer the many questions children ask about Santa, the North Pole, his reindeer, and his friends, the elves.

It was this collection of tales which prompted him to begin writing The Adventures of Fawn. Through the young daughter of legendary reindeer Comet and Vixen, he’s been able to weave an exciting, colorful, imaginative world which will delight readers of all ages!

Mr. Boy not only hopes you enjoy these tales, but make reading them part of your Christmas traditions, as well.