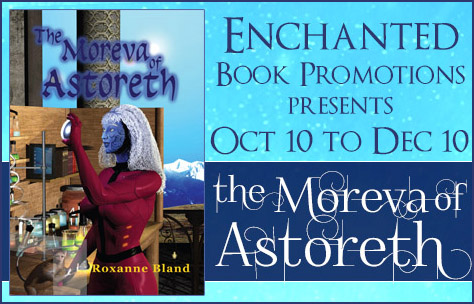 I’m interviewing Roxanne Bland today, author of science fiction “The Moreva of Astoreth”. Please welcome her to my blog. Welcome!

Writing was a hidden passion for me. I’ve been writing off and on since I was a child. When I was about ten, my little science-fiction tale won a city-wide writing contest. But I didn’t take that seriously. At that time, and in my teens, I was into music. My goal was to become a career musician, a concert pianist, to be exact. For me, writing was something more to pass the time. Well, I didn’t become a concert pianist, for reasons too complex to explain here. I went to college, but was still writing from time to time. The same was true after my college graduation, graduate school, and after my entry into the work force. Once in the work force, I did write a couple of short stories that I submitted, but they never saw the light of day (which was probably a good thing). Then, in 2001, I fell ill for about a month. During that time, I started writing to pass the time, but this time around it was different. I truly enjoyed what I was doing, and couldn’t wait to see what happened next. When I was well enough to venture outside, I showed a dear friend my scribblings, and she browbeat me until I agreed to finish the story. Well, that little story fell by the wayside, and in its place came my first book, The Underground. So I started writing seriously in 2001, and I’ve never looked back.

What inspired you to write The Moreva of Astoreth?

In a way, you could say that The Moreva of Astoreth was something like thirty-five years in the making. When I was in college, a friend and I collaborated on a story. I won’t bore you with the details because I don’t remember them, but it went something like this: A woman, the daughter of a king, is exiled from her homeland because she won’t marry the man her father chose for her. She wanders from village to village, but none will take her in. Finally, she turns north, and at what seems like the end of the world, finds a village willing to house her. The village chieftain is immediately enamored of her, but doesn’t want his villagers to know because she is a stranger. The woman genuinely dislikes him. After being at each other’s throats for a period of time, she falls in love with him. The chieftain confesses his feelings, and they marry. Meanwhile, the king, remorseful that he’d exiled his daughter, gathers his army and goes looking for her. He doesn’t find her. Concluding that she must have gone north, he and his army turn in that direction. Eventually they come to the village where his daughter is living. He demands that she return with him. She refuses, saying she is married now and happy. The king threatens war, and the chieftain accepts. The woman and the chieftain are killed in the fighting.

Years later, I read Zecharia Sitchin’s Earth Chronicles series, in which he posits that ancient astronauts—aliens—came to Earth looking for gold, create humans, set themselves up as gods and founded the Sumerian civilization. Sitchin has his loyal adherents and his scholarly detractors, but whatever one thinks, it’s a fabulous story.

More years pass. I’m sitting in my office, stuck on a story I was writing. I lean back and let my mind wander on to other things (which sometimes works for me). I started thinking about my friend and the story we wrote. Then I started thinking about Sitchin’s works. An idea came to me. What if I found a way to meld the story my friend and I wrote and Sitchin’s works? And then, like Athena from Zeus’s head, a story came to me, almost full-blown. I put aside my work in progress to write it, and the story that came from that is The Moreva of Astoreth.

It’s supposed to be a big no-no, but I edit while I write. The common wisdom is that you just power through that first draft, and worry about everything else later. I can’t do that. Grammatical mistakes, spelling errors, plot holes—I can’t let them go. I’m a bit of a perfectionist in everything I do, and writing is no different. My job, as I see it, is to give my editor less to do along those lines so she can concentrate on the story—what needs strengthening, what needs to fade more into the background, what needs to come out—things like that.

Making the time to write. I have a full-time day job, which, because of the nature of the job, takes up a lot of time. The only time I have to write is in the wee hours of the morning, when everybody else is sleeping. Needless to say, I don’t get a lot of sleep. But writing is my passion, and I’ll do whatever it is I have to do to make it happen.

I’ve got two projects going. One is the second edition of my first book, The Underground, wherein a werewolf, trapped in a bitter love triangle with a mage and a vampire, falls for an amnesiac space alien who may or may not be a serial killer. I decided to rewrite this book (not from scratch, mind you!) after some most helpful feedback I received. My other project is the sequel to The Underground, tentatively titled The Underground: Invasion, in which our four heroes from the first book have to find a way to stave off an invasion by the alien’s enemies. I’m having a lot of fun with it. 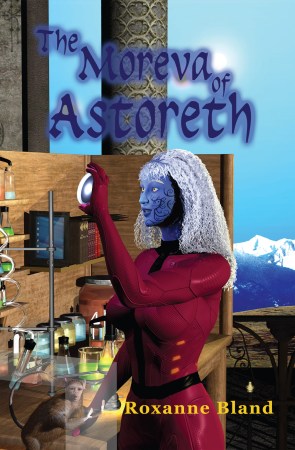 Title: The Moreva of Astoreth

In the world-building tradition of Andre Norton, Anne McCaffrey and Ursula K. LeGuin, The Moreva of Astoreth is a blend of science fiction, romance, and adventure in a unique, richly imagined imperialistic society in which gods and science are indelibly intertwined. It is the story of priestess, scientist, and healer Moreva Tehi, the spoiled, headstrong granddaughter of a powerful goddess who is temporarily exiled from Temple life in her beloved desert home to a volatile far northern corner of the planet for neglecting to perform her sacred duty, only to venture into dangerous realms of banned experimentation, spiritual rebirth, and fervent, forbidden love. 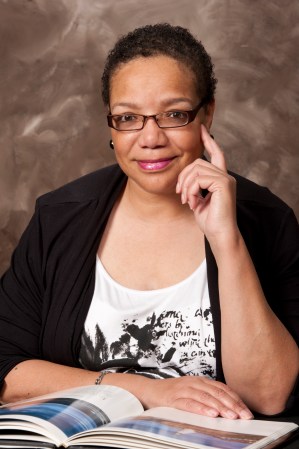 Roxanne Bland grew up in Washington, D.C., where she discovered strange and wonderful new worlds through her local public library and bookstores. These and other life experiences have convinced her that reality is highly overrated. Ms. Bland lives in Rosedale, Maryland with her Great Dane, Daisy Mae.