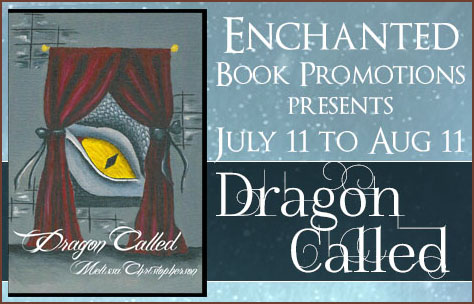 It actually took me quite a while to realize that being an author was what I wanted to do with myself.  As a child, I had hated the writing process – it was clunky and awkward, and all the more difficult for me because of being left handed.  I didn’t enjoy writing – especially not in first grade.  And I wasn’t shy about saying so!  My elementary teachers told me I had a great imagination, though, and other than the fact that I hated actually writing, I had fun creating the worlds and stories themselves.
It wasn’t until after I was out of high school that I began to realize that writing was something I enjoyed.  I had realized that I had a lot of ideas in my head – often fueled by dreams I had – and decided to make something of one of them.  It didn’t turn out to be the story I had originally sat down to write, but by the time The Balancer was done, I had realized I enjoyed the process of writing – and everything that went along with it!
What inspired you to write Dragon Called?

It was a combination of a dream, and a desire to write a book with dragons, unicorns, and other mystical creatures in it.  The Balancer hadn’t turned out the way I’d expected – I’d sat down with the intentions of writing a fantasy novel, not a borderline science fiction mindbender!  So after I had the dream that ultimately inspired Dragon Called, I decided to take more time.  Specifically, planning time.  I drew some maps, put a phrase on notecards for each scene I wrote.
The Dragon Called that some of you will read is not quite the same book as the rough draft was – it underwent a lot of changes.  But I’ll talk about that more in the next question!
What is your editing process like?

When I’m writing a book, I write the entire rough draft first.  I don’t touch anything I’ve written until the whole rough draft is completed, no matter how horrible I think it might be.  Once I have the rough draft done, I work on something else for a couple of days.  This helps give me a different perspective, and gives me a break that, at that point, I need.

When I go back to the book, it undergoes a several step process.  First, it undergoes a complete rewrite.  This often means that I toss out about half of the book, reorganize what I did keep, write new scenes that better fit what the book is, and rewrite all of the old scenes.  After the rewrite is complete, I go through and proofread – yes, by myself first.  After I’ve fixed what I can find, I hand it off to a couple of people I trust.  They’re paranoid about grammar and are always the first people to notice anything that might be missing from the book.  Sometimes what’s ‘missing’ is supposed to – other times it’s something I’ve simply forgotten.  After I have it back, and have made the changes that it needs it goes through one final step.  My mom reads it out loud, while I follow along on my computer.  This has helped us, several times, to catch pieces that just didn’t orally flow – and therefore wouldn’t flow in the mind’s voice either, as well as a few little mistakes that no one else quite caught.  After that, I get in contact with my cover artist, and let her know what I need for spine-width, and what I want on the back of the book!

Dragon Called was the second book I wrote.  Because it was only my second novel, the hardest part about writing it was definitely the revision process.  I was still learning about how I work best with revisions, as an author.  I would say I’ve come a ways since then, as I’ve now got three books released, and a fourth book that I’m actually undergoing submitting the more traditional route.
Did you set any writing goals for 2016? If so, what are they?

The only specific goals I set for 2016 were to finish Gryphon Bound – which is now published, and to also complete Unicorn Saved – which is underway.  I knew coming into 2016 that it was going to be a crazy year – there are some huge family things going on right now, as well as a move to a different city for myself.  I’m also currently both attending school full time and working full time.  So for this year, at least, my biggest goal is to just finish Unicorn Saved!
Are you working on something now?

My current writing project is Unicorn Saved book three in the Remnants of the Past Saga.  It’s the same series Dragon Called is a part of, and I’m getting a little bit nostalgic knowing that this saga is almost over! 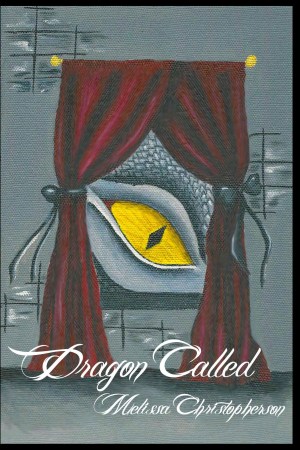 Liliana’s life is perfectly normal. A young woman who has grown up in the kingdom of Kalvia, she knows all too well the importance of secrets. As a member of nobility, she is even expected to have a few of her own!

When her parents take her to a ball, Liliana expects her life to go on as normal after it’s conclusion. Instead, she finds herself swept into a betrothal with a man whom all of the whisperers say is crazy.

As the evidence builds up, Liliana must make the choice to stay in a nation where secrets are the currency…or step out of her human-ruled kingdom into a world so much bigger than she ever imagined. 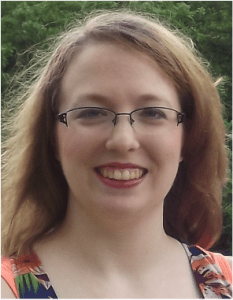 Melissa Christopherson is an avid reader, passionate writer, and lover of everything literary. She serves as an AmeriCorps Service Member in the Iowa Reading Corps and is proud to help kids enhance their literary abilities. She served two years as a Municipal Liaison for NaNoWriMo in the Iowa area to help other authors grow in both ability and confidence.

She was born in Mason City, Iowa, and has spent most of her life reading books and spent most of her younger years daydreaming.  While in high school, she participated in Academic Decathlon for four years, and credits the reading assignments for the club for further expanding her literary horizons.  She is currently pursuing a degree in English, with a client-centered distributive minor.