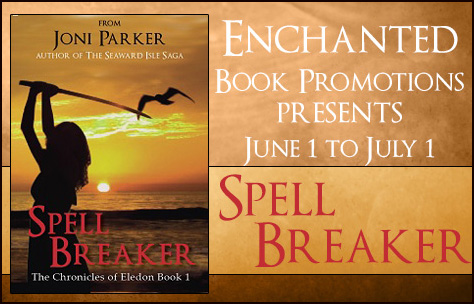 I had no idea I wanted to be an author until a few years ago.  It was my sister’s dream to write the Great American Novel, but I never thought it was within my reach.  However, several years ago, I developed an idea after watching the “Lord of the Rings” trilogy.  I started thinking about all the ‘what ifs’ and a character developed.  Alex, my character, kept telling me different stories until I couldn’t hold them anymore in this puny brain of mine.  I had to write them down.  After several months of spilling my guts out, I was done.  My mind was clear and somewhat empty.  What a relief!  My next step was to decide what to do with it.  Deciding to publish it was a major turning point—that’s when I decided to be an author.  I soon found out that being an author was more than just writing a book.  I’ve been on a steep learning curve ever since and am still trying to catch up.

What inspired you to write, “Spell Breaker?”

I was inspired to write “Spell Breaker” after I finished my first series, “The Seaward Isle Saga.”  The first trilogy covered the development of my main character, Alex, who was left orphaned as a child.  To avenge the murder of her parents, she trains to be a soldier.  By the end of three books, she’s one of the deadliest soldiers on the island.  In “Spell Breaker,” Alex tries to find her way in life and joins her Elf family, trying to become a productive member of that society.  However, her background as a soldier follows her, and the conflict between previous life and her new one becomes apparent.  This is the first book in “The Chronicles of Eledon,” a four book series.

The first step after my rough draft is to let it sit for a while.  Then, I read it to myself, print it out in a 2 column format and read it again, and read it out loud.  After I make my edits, I let it sit for a while and read it again.  If I think it’s ready, I’ll send it to my editor, Teresa, for her input.  She usually has quite a few changes and sends it back.  I make corrections and review it several times again with another reading out loud.  I send it back to her and she reviews it once more.  By this time, there are only a few changes to make, but I review the last minute changes, read it again and send it back for publication.  Teresa charges me for every review so this is an expensive process, but I learned in the beginning that cutting corners isn’t worth it.  Although a few errors will still sneak into the manuscript, I know I’ve done the best I can.

Some people don’t like the editing process, but I find it creative.  My editor gives me new ideas and unique insights to incorporate into my manuscript.  But she also advises me on scenes to delete or characters to remove.  Sometimes, she’s right, but sometimes, I want to keep the scene or the character so if I can change it to fit, I will.

My favorite character will always be Alex, the main character.  She loves to be involved in an adventure of some sort and isn’t afraid of much.  But since she’s in all my books, I’ll choose is Sawgrass, the Marsh Elf, the antagonist for this story.  He turned out to be quite a complicated character.  He’s a brilliant businessman, a master manipulator, and not completely evil.  And he falls for Alex.  Yet, in a twist, she betrays him first.

My goal for 2016 is to finish and publish the second book in “The Chronicles of Eledon” called, “Blue Witch.”  It’s in the final stage of editing and I’m working with my publisher on the cover and layout of the book.  I’m really excited by the cover—it’s great.  It will be published in July (I hope) and I’ll spend the next year marketing it as I work on the third book in the series.

My next project will be book 3 in “The Chronicles of Eledon” series.  I have the draft completed and that will be going to my editor to begin the editing process for publication next July.  The final book in the series is also underway, but that won’t be done until the year after.  I also have rough drafts of another series that follows that so I intend to keep busy.  I love this job. 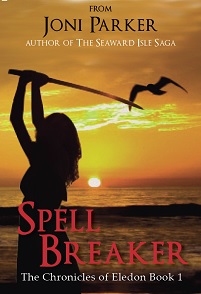 After Lady Alexin (Alex) breaks the spell around Seaward Isle, the inhabitants can leave the island for the first time in a thousand years.  At long last, the Elves and Dwarves can return home to Eledon, while the mortals are given the opportunity to stay or leave through a portal to the mortal world.  Alex chooses to stay with her Elf family only to be involved in a mission to rid the Elf World of its most notorious criminal, Sawgrass.  Alex must eliminate him before he implements his plan to kill her Water Elf family and take over Eledon. 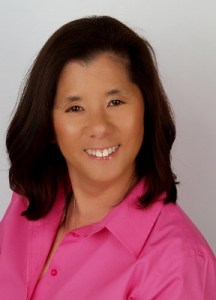 Born in Chicago, Illinois, Joni left with her family when she was eight and lived for four years in Japan.  Upon return to the States, she and her family moved to Phoenix, Arizona.   She graduated from Camelback High School and attended Arizona State University until she dropped out and joined the Navy.  After three years as a Photographer’s Mate, she got out of the Navy, married a career sailor, and returned to college completing a bachelor’s and master’s degree at the University of West Florida in Pensacola, Florida.  She returned to the Navy as a commissioned officer and retired with over twenty-two years of service.  While active duty, she was selected to attend the U.S. Army Command and General Staff College and attained a Master of Military Arts and Sciences degree.  After her retirement, she traveled the country with her husband in a motorhome until he passed away.  Joni returned to the workforce for another seven years and retired again to devote time to her writing.  She currently resides in Tucson, Arizona.

Trailer for the Seaward Isle Saga