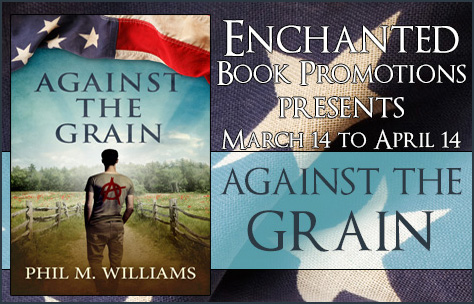 I’m interviewing Phil Williams today, author of contemporary / coming of age / political “Against the Grain”. Welcome to my blog!

By the way, you can win a signed paperback of “Against the Grain”. Just scroll down to participate!

A couple years ago when I wrote Fire the Landscaper. I had written for fun prior to that, but I never considered publishing. I enjoyed the process, and the feedback from readers was encouraging. Since then I’ve followed whatever ideas I was most passionate about.

What inspired you to write Against the Grain?

Against the Grain started as a thought experiment. I had just finished my nonfiction book, Fire the Landscaper. A few chapters delved into cultural biases, herd behavior, and government propaganda. I found these topics fascinating, and it made me question whether our behavior and beliefs are really our own. We are inundated with cultural bias and propaganda from birth. I wondered what a person would be like if he wasn’t.

My manuscripts are edited seven times. After the first draft, I read aloud to my wife Denise to catch any awkward sentences and dialogue. I do another read through on my own, and I sent the manuscript to my editor. He does a detailed structural edit. I receive feedback on pacing, plot, characterization, dialogue, descriptions, and a chapter by chapter summary. He does a fantastic job of pinpointing any problems, and offsetting that with positive feedback.

When the manuscript comes back, I do rewrites and corrections. I do another read aloud, and send it to my proofreader. She does a line edit. When she’s finished, I go through the manuscript and fix the corrections. At this point I do one final read through.

George is a wise cracking, drug dealing, neat freak, foster kid that grew up in front of a television. I love this character because he’s funny and full of uncommon wisdom.

My goal is to publish three novels and one nonfiction book.

I’m working on rewrites and editing for two novels that will be out in June. Initiation is about a high school football player that’s transformed after a hazing incident. Cesspool is an underdog story of a man and a girl against a corrupt police department.

Title: Against the Grain

A tyrannical high school principal.
A young anarchist with nothing left to lose.
One way or another, this place is goin’ down.

Matt Moyer is an orphaned teen growing up on a primitive farm in the Pennsylvania coal region. He’s homeschooled by his eccentric and philosophical great-uncle, who’s a stickler for logic, reason, and intellectual honesty. Despite his uncle’s reverence for veracity, inconsistencies arise regarding the old man’s shady past and the teen’s parents.

Through a harrowing sequence of events, Matt is forced to attend a public school. The feral teen finds it difficult to cope with the hypocrisy, propaganda, and misinformation that adults and children so readily accept. Faced with the possibility of expulsion, arrest, and ostracism, he must make a choice. Will he choose the easy lie or the hard truth? 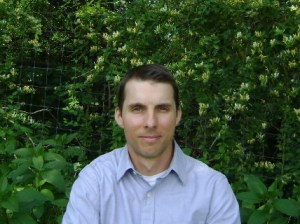 Phil M. Williams is an author, activist, blogger, and consultant. He lives in Central Pennsylvania with his wife, Denise, where he writes and tends his permaculture farm. He is the author of Fire the Landscaper, Against the Grain, Stone Lake, and co-author of Farmer Phil’s Permaculture. His new releases can be read for free at PhilWBooks.com.