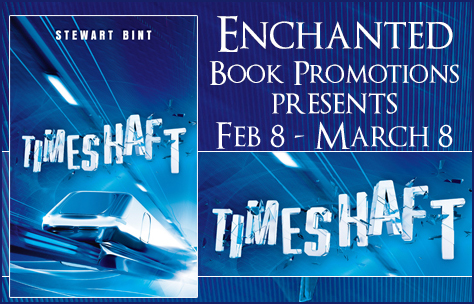 When I was seven, through watching the original television series of Doctor Who.

Okay, the early episodes of the world’s longest-running science fiction TV show weren’t charged with emotion, heartbreak, action and adventure – the very essence of a good yarn – which the current stories are. But I became enraptured by storylines which could take place at any time in Earth’s history and future, and absolutely anywhere in the universe and beyond. I started creating my own worlds and my own characters, writing my stories in little blue notebooks until my parents bought me a portable typewriter for my ninth birthday.

And those make-believe worlds became invaluable after my Dad died when I was 11. I retreated more and more into those places where I was in control of my characters’ fate – knowing that whatever happened to them during the story I would make sure they were okay in the end. My worlds were certainly better than the real one at that time.

These days my fiction is purely to entertain others, and inspiration for the storylines can come from anywhere, and they’ve included a walk in Cranford Park in London, reading an article on the Chernobyl disaster, and a couple of real-life brushes with the supernatural.

But it all started thanks to Doctor Who. So that lonely, maverick freedom fighter and his wife, River Song, will always hold something just a little bit special for me.

What inspired you to write Timeshaft?

That was the walk in Cranford Park. I had previously published a novella called Malfunction, which dealt with the paradox of someone going back in time to prevent a disaster, and then finding his actions in the past were the cause of the disaster. I wanted to expand on that theme, and saw a way of tying it into another story idea which was inspired by that walk in the park with my wife, father-in-law and baby son when he was in his pram. My father-in-law happened to mention that there had once been a manor house in the park that was demolished years ago, and that there was a plaque somewhere in the church grounds commemorating a famous English comedian from the 1960s. That scene is included in the book, so we all get a little cameo role.  And the entire premise of Timeshaft was born from that one conversation.

I regard editing as a two part process: roughing, then finishing.

So, a couple of weeks after finishing the first draft I print it off and have a read-through. And nearly die of embarrassment. Did I really write such rubbish? Ah, but hold hard – it’s always like this, isn’t it? A few days of picking through it, developing a few scenes here, cutting a few scenes there, showing a particular character trait earlier in the book so the reader’s not surprised by something later on, and, yeah…that’s okay. Pleased with that.

Off it goes to the professional editor.

And back it comes, almost every page marked with red. Developmental edits, they call them.  “Oh, and change the order of a couple of chapters.”

OK…now to print off two copies. One showing all the editor’s comments with the tracked changes, and one without the comments so I can read the story clearly. Yes, what you’ve asked for makes perfect sense, and it will work extremely well. Order of chapters changed: check. New scenes added: check. More banter added between the main characters: check. Final read through, and back it goes.

So in summary – my process involves big edits to the first draft, to get the story roughly into shape. Then developmental edits as suggested by the professional, which finishes everything off nicely. I hope!

Without doubt the main character, Ashday’s Child, who remains somewhat enigmatic until he finally reveals what’s been driving him all these years.  Here’s where we first meet him: : Bradman stared at the tramp’s old, lined face, noting with distaste the small weasel eyes set too close together, the lank grey hair desperately in need of a wash, and the narrow tapering chin desperately in need of a shave.

We are there at his birth on 25 December 1627; we witness his parents’ funeral; catch a brief glimpse of him on his 20th birthday as a stunning new world opens up for him; see him haul himself acrobatically out of a gaping hole full of spiders when he is 73 right at the very end of time itself; wonder at his heartless and cruel nature nonchalantly accepting collateral damage when his actions kill a number of innocent people; and look on in awe at his incredible plan to resurrect the dying sun and Earth to give mankind another chance. Then, finally, we see his personal world shatter at some devastating news that rocks him to his very core.  Oh, and there’s also a scene where he admonishes his own mother for drinking brandy while she is pregnant….with him! What complicated webs time travel can weave.

So, how could someone like that not be my favorite?

I did. Initially some fairly basic ones like planning the subjects of my fortnightly magazine column in advance, rather than sit down at the keyboard with a blank mind and a deadline just hours away. I’ve been writing my “Up Close And Personal” column for three years, and frequently fly it by the seat of my pants. Too much stress! So from now on…planning! I’ve already got subjects lined up for the next six columns. Yessss!

Goals for my novels: I’ve already achieved the first one…to complete my next manuscript, which Booktrope are publishing later this year. And the second; to finish a new novel by Christmas, ready for publication in 2017.

As mentioned above, my next novel is completed, I’m just getting it ready to submit to Booktrope shortly, for publication later this year. That is a reworking (I think the modern hip word nowadays is reimagining) of my 2012 book The Jigsaw And The Fan, a satirical ghost story about a dead trades unionist who can’t get into heaven or hell because of a strike in the afterlife.

But the main project for this year is a brand book for 2017, called To Rise Again. It is set on Jersey with chapters alternating between the 1980s and the German occupation of the island during the Second World War. It was inspired by my visit to the famous underground hospital there while I was on my honeymoon.

By the twenty-seventh century, mankind has finally mastered time travel—and is driving recklessly towards wiping itself out. The guerilla environmentalist group WorldSave, with its chief operative Ashday’s Child, uses the Timeshaft to correct mistakes of the past in an effort to extend the life of the planet.

But the enigmatic Ashday’s Child has his own destiny to accomplish, and will do whatever it takes within a complicated web of paradoxes to do so. While his destiny—and very existence—is challenged from the beginning to the end of time, he must collect the key players through the ages to create the very Timeshaft itself.

“Do our actions as time travellers change what would otherwise have happened, or is everything already laid down in a predetermined plan?” he asks. Stewart Bint’s Timeshaft is an expertly synchronized saga of time travel, the irresistible force of destiny, and the responsibility of mankind as rulers of the world.

Stewart Bint is a novelist, magazine columnist and PR writer. He lives with his wife, Sue, in Leicestershire, in the UK, and has two grown-up children, Christopher and Charlotte.

He is a former radio presenter, newsreader and phone-in show host, but always wanted to become a fiction writer — a dream that came true when his first novel was published in 2012 at the age of 56. Now the author of five novels, a collection of short stories and a compilation of his early magazine columns, he was signed by Booktrope in 2015, who published a revised edition of his paranormal novel, In Shadows Waiting, in August.

They are publishing a revised and re-edited edition of Timeshaft shortly.

As a member of a local barefoot hiking group, when not writing he can often be found hiking in bare feet on woodland trails and urban streets.

Buy the Book on Amazon (Kindle)

Buy the Book on Amazon (Paperback)