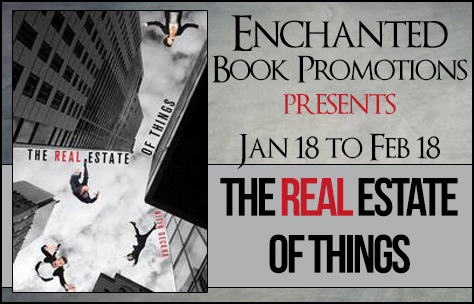 I think it was while I was in graduate school, doing anthropological fieldwork in London, England. I remember the vividness of being immersed in all these intersecting lives and events that I was supposed to be studying; yet in doing so, I began to think of stories as way to ‘write up’ my observations. In addition, although I was born in London, I was raised in Toronto and studying in the US. So, I was a visitor, a stranger during my time of fieldwork. It afforded me a critical distance in which to imagine lives and spin stories, which I found immensely enjoyable and rewarding. In addition, my first stories that I published were written at that time, and I think seeing your work in print is very convincing of your ability to and desire to write.

What inspired you to write The Real Estate of Things?

I began getting the idea to write about the frenzy of real estate (re)development as emblematic of “how we live now” from (what I saw as) comedic billboards and bus stop benches of real estate ‘agents’ in the suburbs in the city where I live. The agents – and I’ve learned since that the official term is either a broker (if the own the realty) or a sales representative – were a motley crew. Some were young and not-so-young, female and male, their names a smorgasbord of ethnicities and cultures. They seemed to symbolize what I was seeing around me – crops of condo towers and strip malls, burgeoning suburbs on former farmland, bulking, steroidal homes where once stood a quiet bungalow. Everywhere, it seemed, was being transformed by new real estate developments. Everyone around me, it seemed, was talking about real estate.

Editing is a long, multi-step process. I reread my work chapter-by-chapter periodically as it is being written, and that’s my first major edit. I do a second edit when the whole book is written, checking for not only spelling and grammar, but character and plot consistency, the suitability and appropriateness of tone, rhythm and language. After doing this, I will do another read-through the whole text.

I then send the manuscript to a professional editor. After they have edited it, I incorporate the changes that I agree with and then do yet another edit, checking again for tone, rhythm, word usage (I have tendency to repeat certain verbs in dialogue!) and language, and of course grammar and spelling.

That is difficult, as I do like them all. I would say that my favorite character, whose journey and transformation we follow, is Shaku Sehgal, the protagonist. I like the fact that she’s the underdog in many ways. She’s aging but optimistic, she’s hungry for success, but not willing to compromise all her morals and beliefs and willing to work hard. More than anything, she’s not afraid to remake herself, which is not what I can say for many of the other characters.

I am planning on writing at least one short story this summer, when I tend to have more time.

Currently, I am in an imagination/research phase for my next novel. As I mentioned above, am also toying with an idea for a short story, which I haven’t written in years.

Title: The Real Estate of Things

The Real Estate of Things is a comedic story about real estate, spirituality and politics in the sprawling, multicultural suburb of West York.

Fifty-­‐something Shaku Sehgal is looking for a new lease of life. With two grown kids and a supportive accountant husband who gardens, she’s followed her best friend, Neelam, into the exciting world of real estate. While she dreams of becoming the premier realtor of West York City, a position currently held by the much envied, Ruth Leslie, Shaku’s languishing at her current brokerage, SuperStar Realty.

To jumpstart her career, Shaku sneaks into a real estate conference and learns about a new redevelopment contest for a local derelict site. Part of the prize is to be an exclusive broker for the chosen new development. Shaku successfully pitches it to her brokerage, teams up with the young up-­‐and-­‐coming realtor, Jason Sevende, and they throw their hat into the contest.

Soon, Shaku and Jason find themselves competing against teams across the city, including Shaku’s friend, Neelam and the doyenne of luxury realty, Ruth Leslie. Not only that, the contest draws the attention of global spiritual guru, Chakra Sahib, and the ire of a seemingly anonymous movement protesting and threatening to derail the whole redevelopment.

Join Shaku, Jason and the band of realtors as they confront obstacles and reflect on the meanings of success, love and friendship in this epic race amongst realtors, The Real Estate of Things. 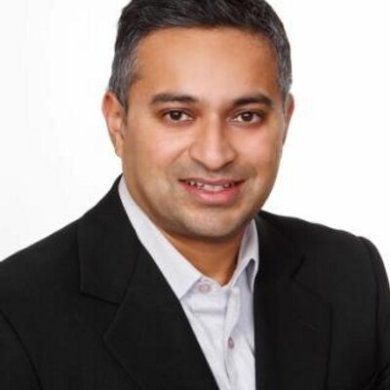 Nitin Deckha is the author of a collection of short stories, Shopping for Sabzi (2008). His fiction has been published in magazines, edited collections, and chapbooks and he has read his work across Canada, the US and India. In 2010, he was featured as part of the Canadian Writers in Person lecture series at York University, Toronto. Nitin holds a PhD in Anthropology and has taught social sciences for over a decade. More recently, he completed certification in Adult Training and Development (MCATD, CTDP) and crafts and leads learning and organizational change. He lives in Toronto. Contact him at @RealEstateofThi